An outreach program in Pacific Beach aims to prevent DUI to help people know their limits. 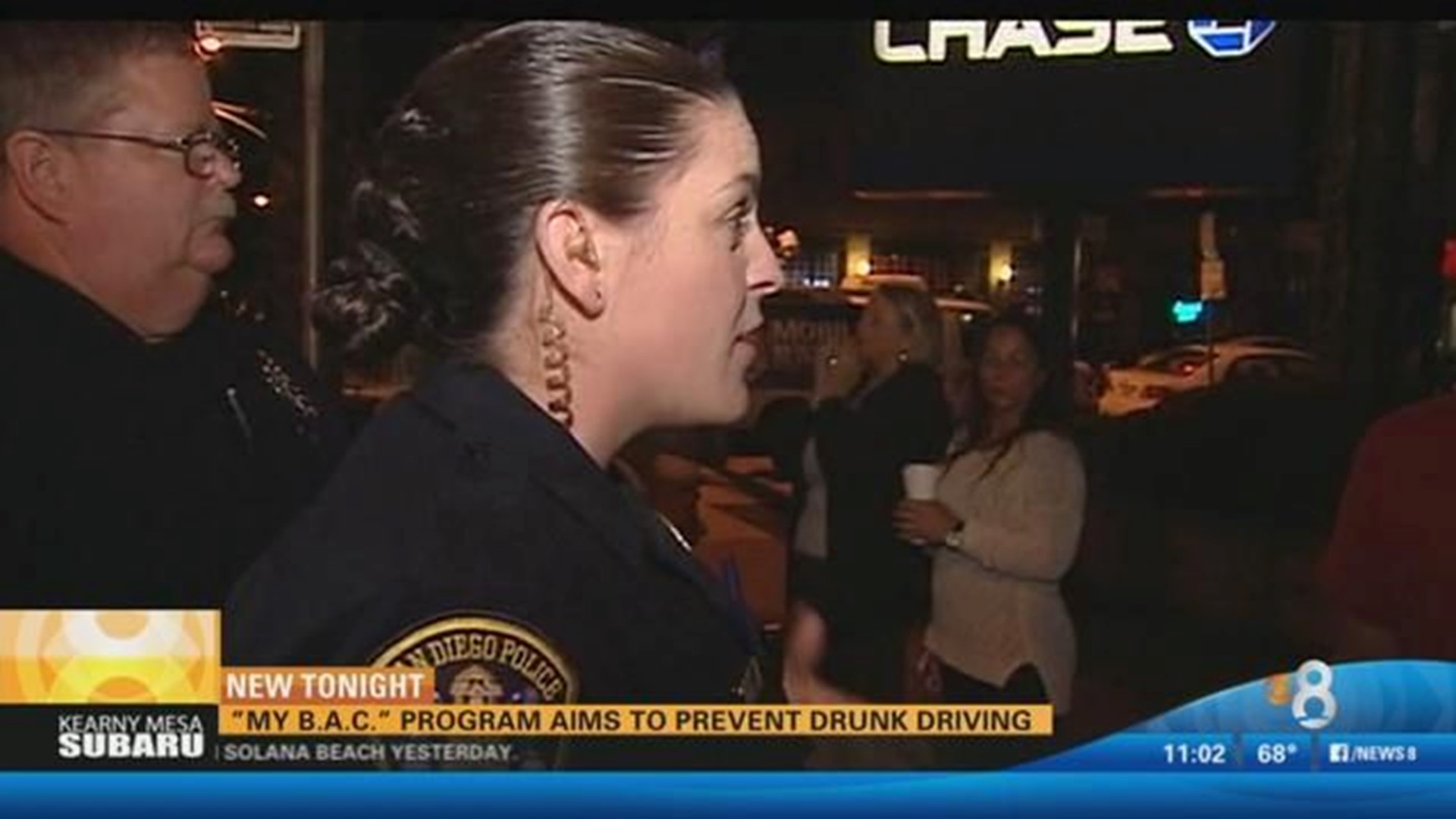 The San Diego Police Department was the corner of Garnet and Cass in Pacific Beach Thursday night for the “My B.A.C.” program as part of the California Office of Traffic Safety (OTS) Know Your Limits Program.

Bargoers were able to stop and get their blood alcohol level screened without any consequences or punishments.

Police say in California, the deadly crime of DUI led to 802 deaths in 2012 because someone chose to drive impaired and failed to designate a sober driver. Nationally, the latest data shows nearly 10,000 citizens have been killed by an impaired driver. In San Diego over the course of the past three years, DUI collisions have claimed fourteen lives and resulted in 2,271 injury crashes, harming 2,254 of our friends, family and neighbors said Officer Mark McCullough.

In this CBS News 8 video report, Abbie Alford was at the screening to show the impact it is making on bargoers to prevent a DUI.