Residents across San Diego on Wednesday night are reporting mysterious lights in the night sky. The lights appear to be south of downtown San Diego. 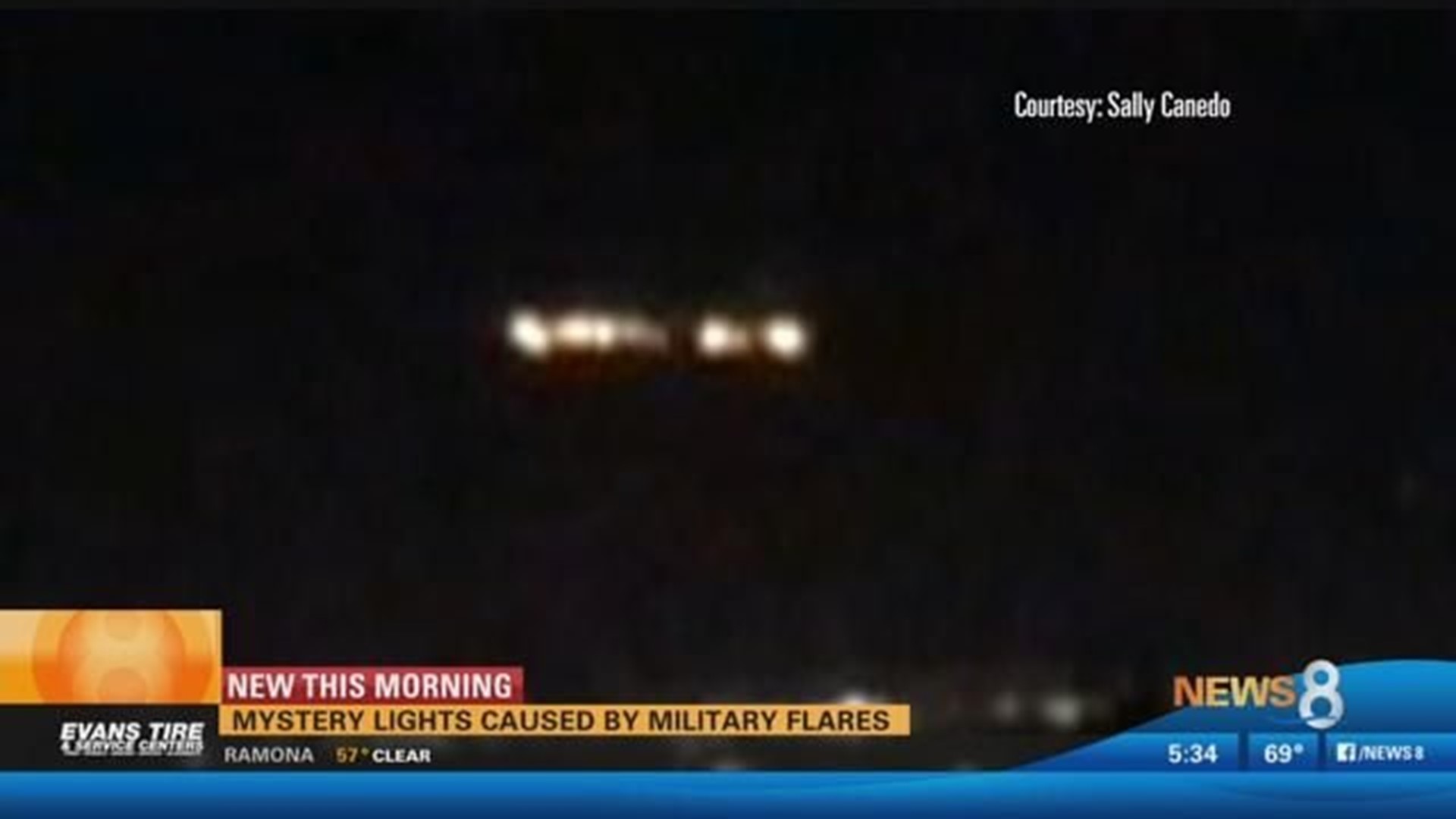 News 8 can confirm those lights were part of a military flare training exercise 30 miles off the San Diego Coast. The flare lights were from Squadron VMGR-325, "The Raiders," according to Sandy Demunik, a public-information-officer for Naval Station Coronado.

News 8 received several calls from the public. Some residents are seen the lights as far away as La Mesa.

A video posted by Daniel Burns on his Twitter account shows a plane flying past the flares, which appeared to remain stationary. Demunik said such flare deployments are used in evasive maneuvers.

The squadron, known as the "Raiders" is stationed at Marine Corps Air Station Miramar, California.