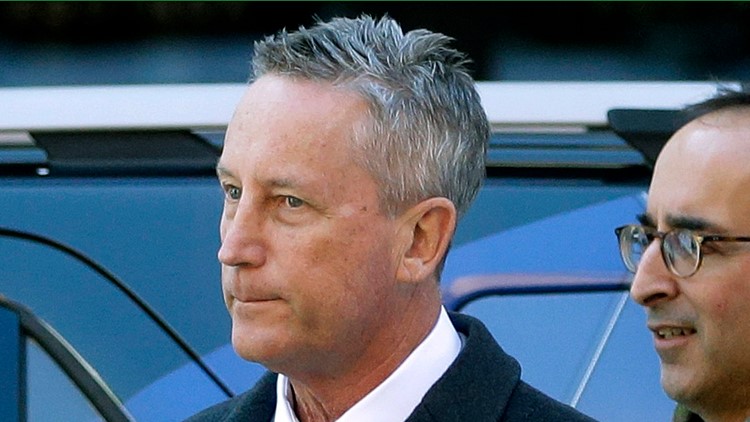 Photo by: AP Photo/Steven Senne, File
FILE - In this March 12, 2019 file photo, Martin Fox, from a private tennis academy in Houston, arrives at federal court in Boston to face charges in a nationwide college admissions bribery scandal. Fox pleaded guilty in October and is scheduled to be sentenced on Friday, Nov. 15. (AP Photo/Steven Senne, File)

BOSTON — The former president of a private tennis club in Texas is expected to plead guilty in the college admissions scandal.

Martin Fox is scheduled to appear in Boston’s federal court Friday. The 62-year-old from Houston previously agreed to plead guilty to a racketeering conspiracy charge in a deal with prosecutors.

His plea deal requires him to forfeit $245,000 he received through the scheme.

His charge carries a sentence of up to 20 years in prison, but prosecutors are recommending a sentence at the low end of federal guidelines.