The 17.4 million people who watched on Sunday was the show's biggest audience in more than two and a half years 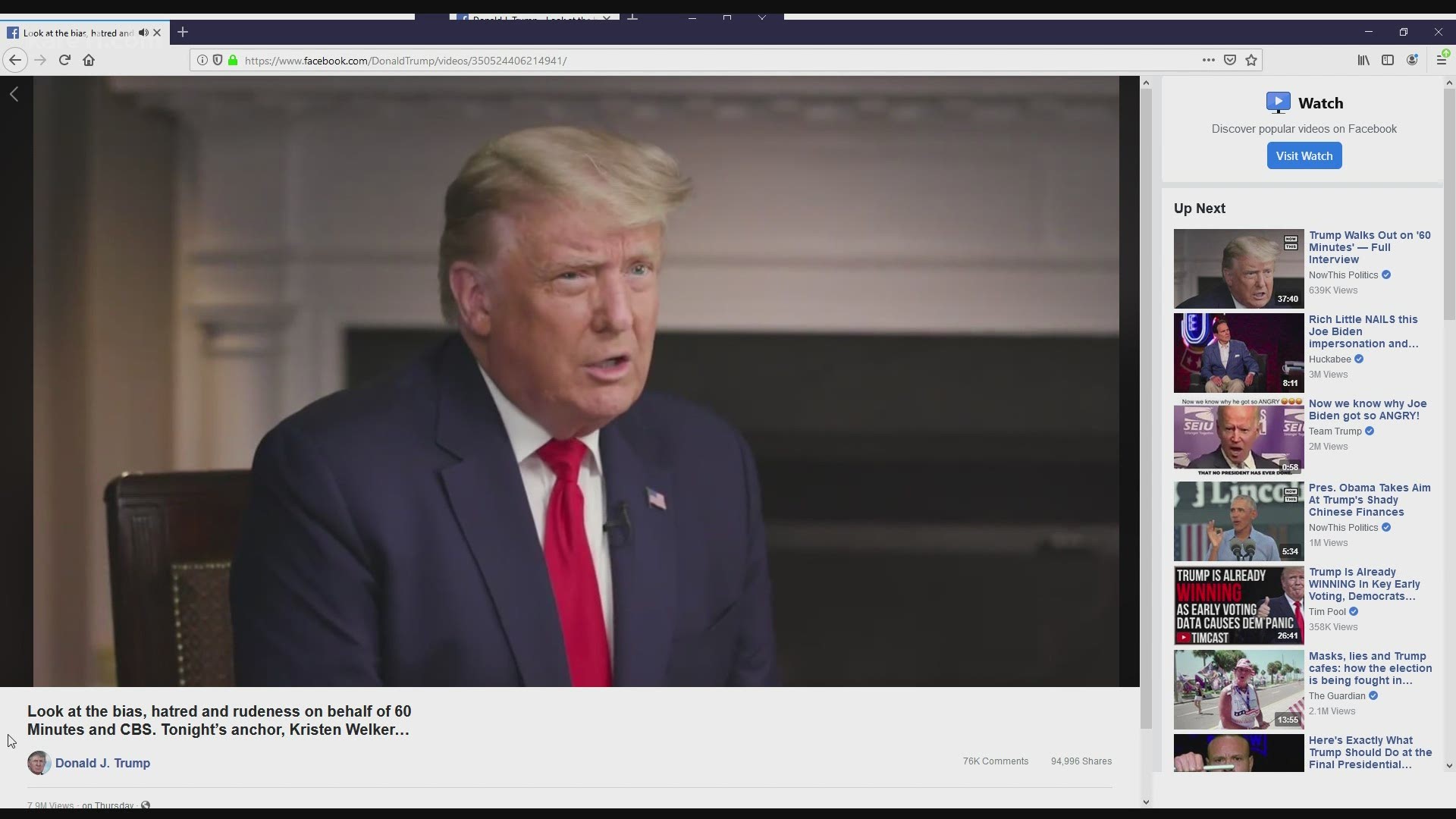 NEW YORK — President Donald Trump can still be a potent television draw, although in the case of “60 Minutes” this past week, it probably wasn't what he intended.

The 17.4 million people who watched the CBS newsmagazine, featuring interviews with Trump and Democratic opponent Joe Biden, was the show's biggest audience in more than two years, the Nielsen company said. This was despite an angry president releasing an unedited version of his talk with Lesley Stahl on Facebook three days in advance because he didn't like the questions.

Since “60 Minutes” had been averaging 10.3 million viewers so far this season, clearly some people wanted to see the broadcast after hearing about the controversy, or saw the full tape and were curious about how CBS edited it.

Stahl made one reference to the dispute in her introduction, saying “we had prepared to talk about the many issues and questions facing the president, but in what has become an all-too-public dust-up, the conversation was cut short.”

It was the biggest “60 Minutes” audience since March 25, 2018, another episode that Trump surely didn't want people to see since it featured an interview with adult film star Stormy Daniels. She alleged she had an affair with Trump, who denied it.

Credit: AP
In this image provided by CBSNews/60 MINUTES, President Donald Trump speaks during an interview conducted by Lesley Stahl in the White House, Tuesday, Oct. 20, 2020. (CBSNews/60 MINUTES via AP)

Behind the World Series, Fox was the most popular broadcast network in prime time, averaging 8.2 million viewers. NBC had 5.8 million viewers, ABC had 4.6 million, CBS had 4.4 million, Ion Television had 1.2 million, Univision had 1.1 million, Telemundo had 1 million and the CW had 620,000.

For the week of Oct. 19-25, the 20 most popular programs, their networks and viewerships: