A woman 'yelled and screamed' to get the attention of the man who was attacking Vilma Kari, the victim's daughter said. 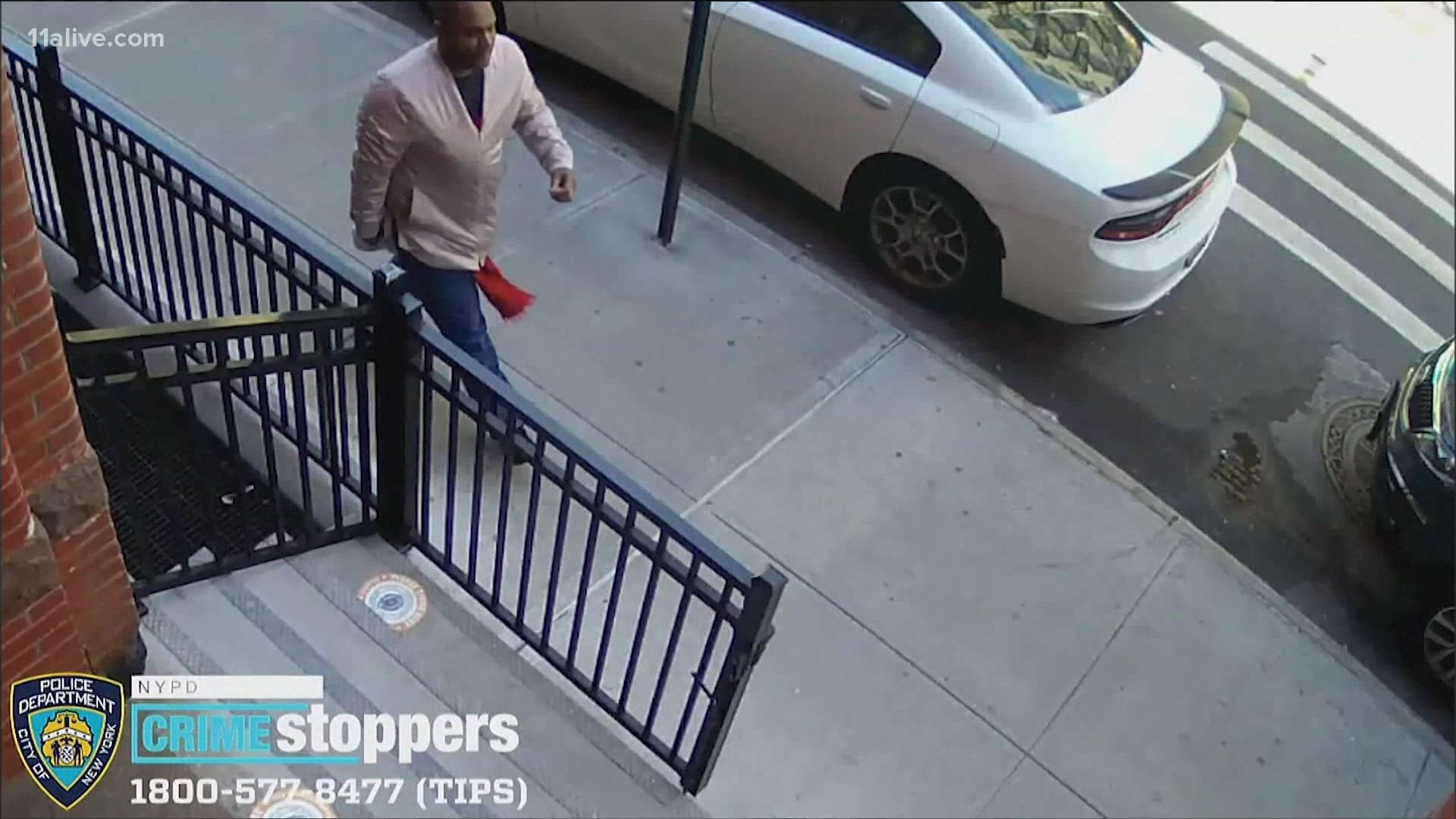 NEW YORK — The daughter of an Asian American woman attacked in New York City said Thursday that a person not seen on surveillance video helped the woman by screaming to distract her assailant while others watched and did nothing to intervene.

Elizabeth Kari, writing on a fundraising webpage she set up for her mother’s care, said the bystander was across the street when a man accosted her 65-year-old mother Vilma Kari, kicked her in the stomach, knocked her to the ground and repeatedly stomped on her face late Monday morning near Times Square.

The person, who has remained anonymous, “yelled and screamed to get the assailant’s attention," Elizabeth Kari wrote. Fundraising service GoFundMe verified the authenticity of the webpage. The Associated Press has been unable to reach the Karis for comment; a message seeking an interview was left with Elizabeth Kari.

“I want to THANK YOU for stepping in and doing the right thing,” she wrote. “This gesture of action is what we need in our world right now. I hope one day, my mom and I can thank you personally.”

Brandon Elliot, a 38-year-old parolee convicted of killing his mother nearly two decades ago, was charged Wednesday with assault and attempted assault as hate crimes. His lawyers urged the public to “reserve judgment until all the facts are presented in court.”

RELATED: Suspect in attack on Asian American woman in NYC is arrested

RELATED: These are the victims of the metro Atlanta spa shootings

The attack, among the latest in a national spike in anti-Asian hate crimes, drew widespread condemnation and raised alarms about what appeared to be the failure of bystanders to help. Police said no one called 911 and that patrol officers driving by came upon Kari after she was assaulted.

Vilma Kari, who emigrated from the Philippines several decades ago, suffered serious injuries including a fractured pelvis. She was discharged from the hospital Tuesday and is “safe and in good spirits,” her daughter said.

“Although the healing process will not be easy, she has always been a resilient role model for me,” Elizabeth Kari wrote. “We are hopeful that in time she will make a full recovery.”

Vilma Kari was attacked outside a luxury apartment building while walking to church. Her Facebook profile features a photo showing St Peter’s Square in Vatican City.

Two workers in the building's lobby were seen on surveillance video watching the violence but doing nothing to help Kari. The video shows one of the workers closing the building’s door as she lay on the ground about 10 seconds after the attacker started to walk away. The building’s management company said the workers were suspended pending an investigation.

A widely seen snippet of the video ended as the attacker was walking away from Kari. Her daughter wrote Thursday that the man was crossing the street and heading toward the bystander who screamed at him. That person has remained anonymous, she said.

The workers’ union, SEIU 32BJ, said Wednesday that the workers waited until the attacker walked away to check on Kari and flag down a nearby patrol car because they thought he had a knife.

A longer version of the surveillance video showed the workers, identified by their union as doormen, waiting in the lobby for more than a minute before going outside and approaching Kari. About a minute after that, the video shows a police car pulling up. The workers and officers are seen with her on the sidewalk for several more minutes before the video cuts off.

Elizabeth Kari wrote that aside from her care, her mother wants to donate some of the fundraiser's proceeds to to support other victims and help organizations that raise awareness and work to prevent anti-Asian American hate crimes. Nearly $100,000 was raised in less than a day — far exceeding the goal of $20,000.