An assault on a biracial woman in Wisconsin is being investigated as a hate crime after she told police she was burned by lighter fluid ignited by a white man. 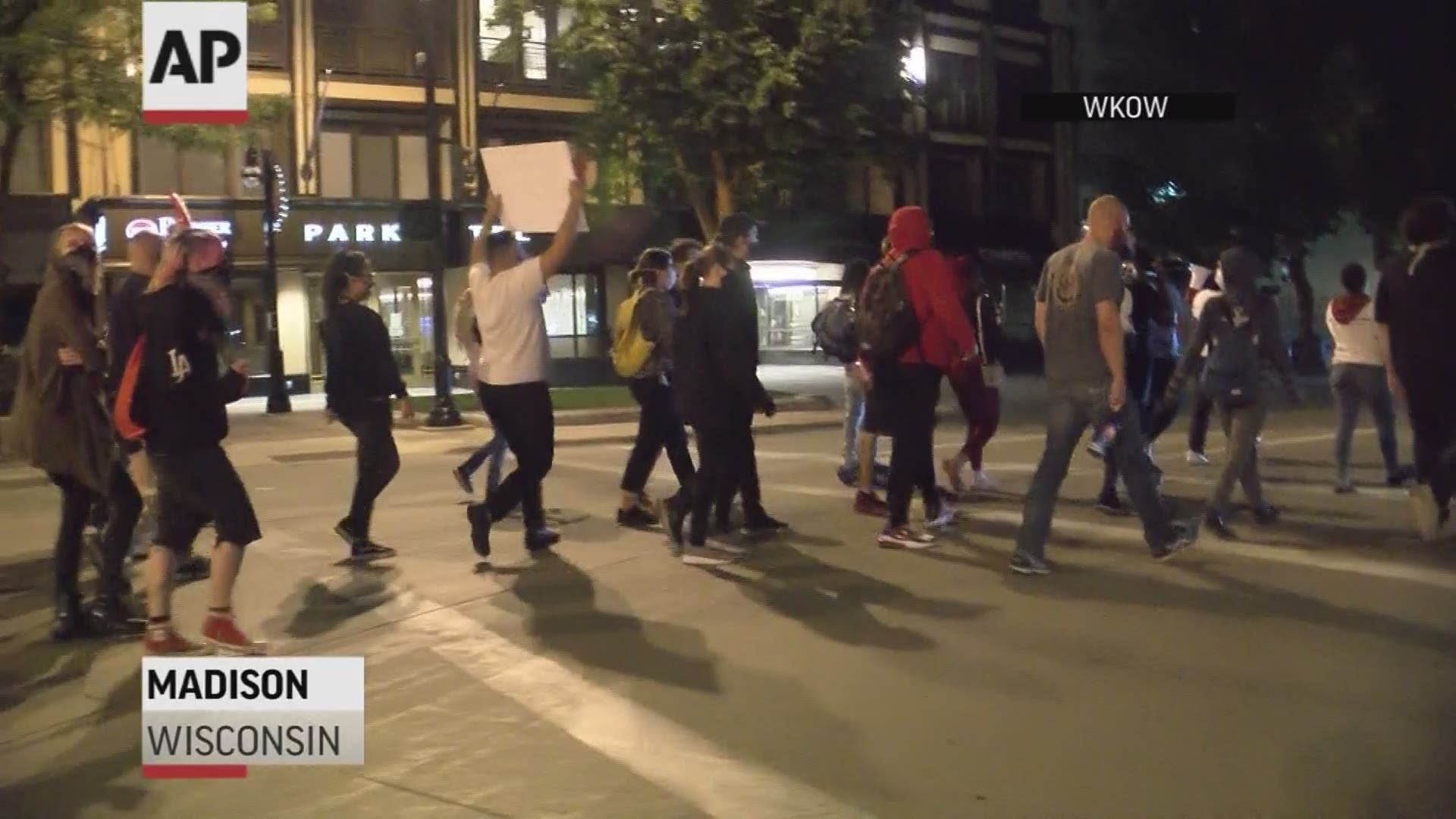 MADISON, Wis — An assault on a biracial woman in Madison was being investigated Thursday as a hate crime after the woman told police she was burned by lighter fluid thrown at her and ignited by a white man, just a few blocks from violent protests at the state Capitol.

Althea Bernstein told police she was driving near the Capitol about 1 a.m. Wednesday and had stopped at a red light with her driver's side window down. Bernstein, 18, told police she heard someone yell out a racial epithet, looked around and saw four white men.

One sprayed liquid on her face and neck and threw a flaming lighter at her, she told police. Bernstein said she pulled forward, put out the flames and drove home where her mother encouraged her to go to the hospital. She was treated for burns. Hospital staff believe the liquid was lighter fluid, police said.

A call by The Associated Press to Bernstein's home was referred to Michael Johnson, president of the Boys and Girls Clubs of Dane County. Johnson released a statement from Bernstein's family that they were “saddened at what happened to Althea and the unprovoked attack on her body. At this time, our family is asking everyone to respect our privacy as Althea is recovering from the burns on her face and neck.”

The assault came amid a night of violence Tuesday that included the toppling of two statues outside the Capitol and an attack on a state senator. A group of 200 to 300 people protested the arrest of a Black man after he shouted at restaurant customers through a megaphone while carrying a baseball bat.

Someone also threw a Molotov cocktail into a government building and attempted to break into the Capitol, only to be repelled by pepper spray from police stationed inside. The violence prompted Gov. Tony Evers to activate the National Guard to protect state properties.

On Wednesday night, about 40 people gathered peacefully outside the county jail where the man was being held, calling for his release. A crowd of about 100 people congregated outside the Capitol.