Biden to back changes in military sexual assault prosecution

The president has approved of more than two dozen recommendations made by an independent review commission on sexual assault in the military. 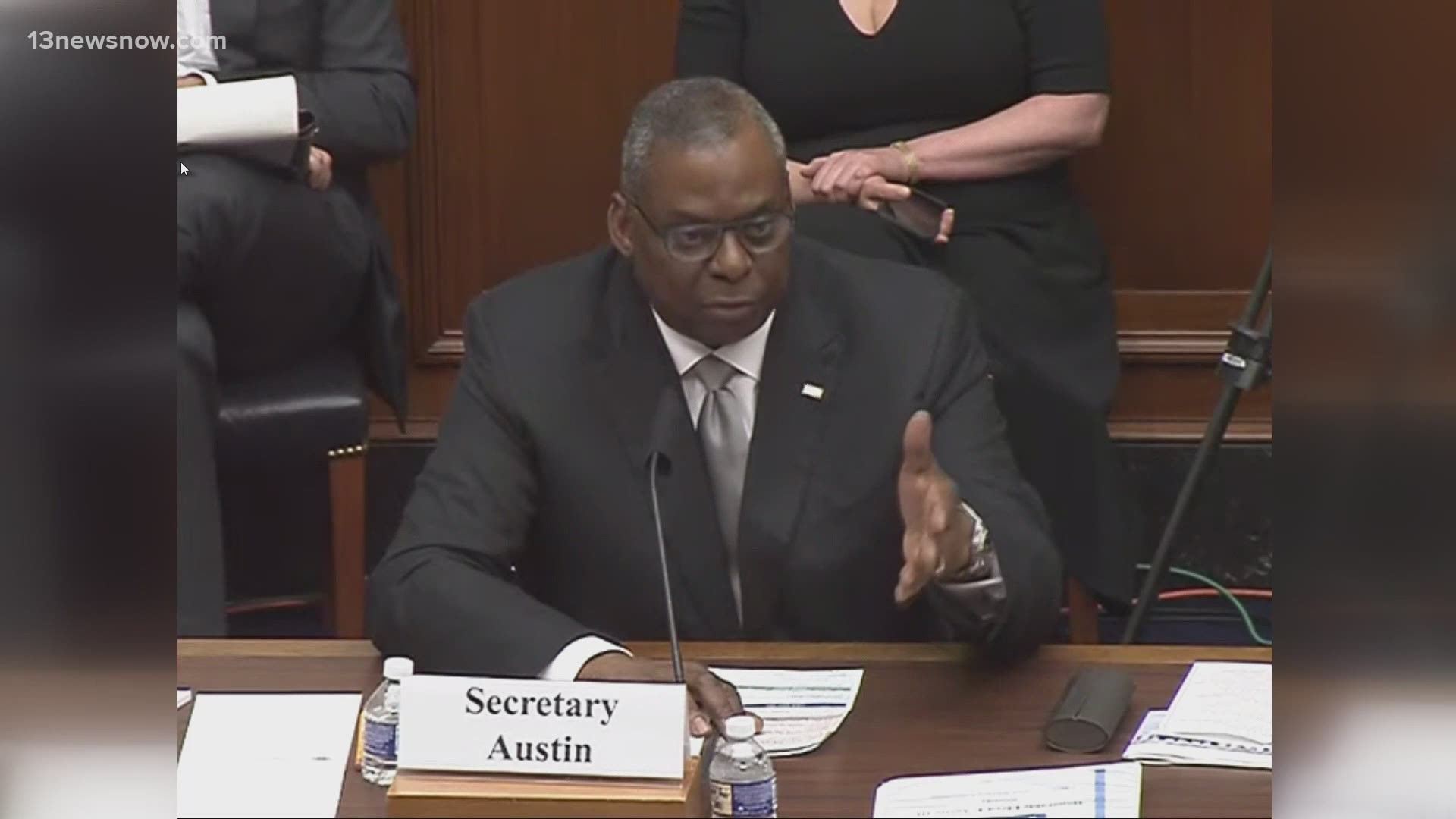 WASHINGTON — President Joe Biden is putting his stamp of approval on a long-debated change to the military justice system that would remove decisions on prosecuting sexual assault cases from military commanders.

Biden, however, is stopping short of backing a congressional effort to strip commanders of oversight of all major crimes, according to two senior administration officials.

The president has approved of more than two dozen recommendations made by an independent review commission on sexual assault in the military. The changes include a call to shift prosecution decisions on sexual assault cases to special victims' prosecutors outside of the chain of command and to remove the military’s sexual assault response coordinators and victims advocates from the command structure system, according to the administration officials who spoke on condition of anonymity ahead of the formal announcement.

The commission published its recommendations Friday. Biden, however, has already discussed the findings with Defense Secretary Lloyd Austin and said he “fully supports" the approach of the report, the officials said.

“These special victims require and deserve all critical decisions about their case to be made by a highly trained special victim prosecutor who is independent from the chain of command.," the report says. “A commander’s position within the unit leads to an inherent appearance of a conflict of interest."

Sen. Kirsten Gillibrand, D-N.Y., had the support of 66 senators for a bill that would have independent prosecutors handle felonies that call for more than a year in prison. But other key lawmakers and leaders of the military services have balked at including all major crimes. There are concerns that stripping control of all crimes from commanders could hurt military readiness, erode command authority and require far more time and resources.

One of the officials hailed Gillibrand’s work on the issue, but noted that Biden asked the commission “to focus only on addressing the problems of sexual assault and harassment in the military.”

The president’s embrace of removing military commanders from oversight of sexual assault had been widely expected.

Last month, Defense Secretary Lloyd Austin, for the first time, voiced support for taking those sexual assault and related crimes away from the chain of command and letting independent military lawyers handle them.

That support came even as military service secretaries and chiefs, in memos to Austin and letters to Capitol Hill, said they were wary about the sexual assault change, and laid out greater reservations on more broadly revamping the military justice system.

Gillibrand has argued against limiting the change to sexual assault, saying it would be discriminatory and set up what some call a “pink” court to deal with crimes usually involving female victims.

“I’m deeply concerned that if they limit it to just sexual assault, it will really harm female service members. It will further marginalize them, further undermine them, and they’ll be seen as getting special treatment,” she previously told the AP.

Reports of sexual assaults in the military have steadily gone up since 2006, according to department reports, including a 13% jump in 2018 and a 3% increase in 2019.

The Army’s handling of sexual assaults and other violence has come under significant scrutiny in the aftermath of a series of crimes, including murders and suicides last year at Fort Hood, Texas. A review panel found that military leaders at the post were not adequately dealing with high rates of sexual assault and harassment and were utterly neglecting the sexual assault prevention program.

Biden said during an International Women's Day speech that there would be “an all-hands-on-deck effort under my administration to end the scourge of sexual assault in the military."

“The U.S. military has defeated American enemies on land, in air, and at sea, and this is not beyond us," Biden said in his March speech.

The commission made 28 recommendations and 54 sub-recommendations in its report to Biden, including specific changes to improve accountability of leadership, climate and culture and victim care and support, administration officials said.