The U.S. Navy's precision flight team is moving from the Hornet to the bigger, more powerful Super Hornet. 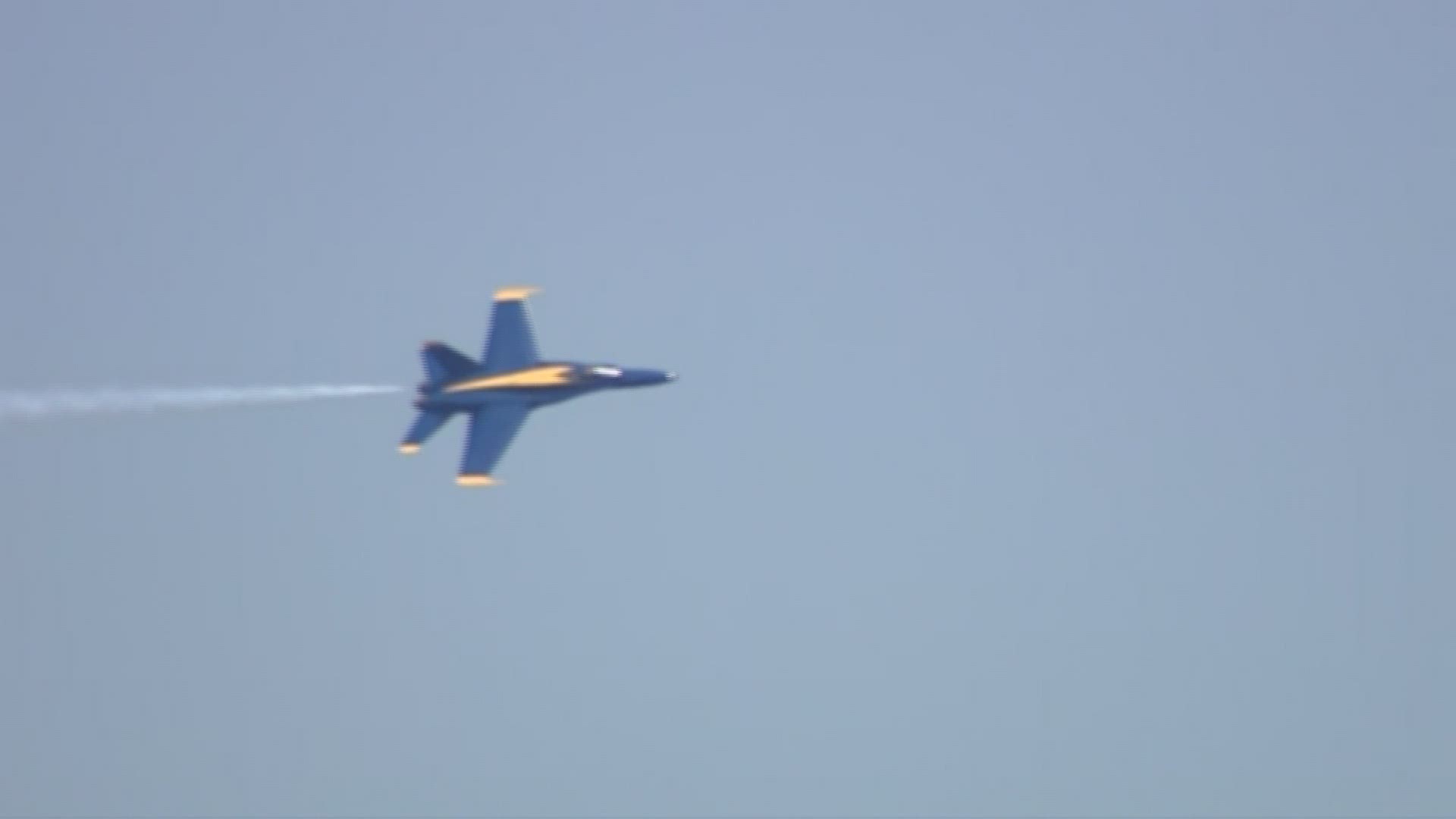 Get a good look at the U.S. Navy Blue Angels while you have a chance. They will be changing to a new plane in a couple of years.

The Pensacola News Journal reports the team plans to switch from the F/A-18 Hornet to the F/A-18E Super Hornet in 2021 to mark the team's 75th anniversary.

"The jet is more powerful, especially at lower altitudes, so we believe that our maneuvering will be more visible to the crowd and more impressive overall," Cmdr. Frank Weisser, a former Blue Angel pilot, told the Journal.

If you're looking at the planes from a distance, they may look exactly the same to you. But get up close, and there are noticeable differences.

The Super Hornet is 25 percent larger wing surface and has a "sawtooth" design on the outer part of the wings. It can carry more weapons than the Hornet. The Super Hornet also boasts a larger, rectangular air intake compared to the smaller, rounded one of the Hornet.

In addition, the Super Hornet has more fuel capacity and has advanced avionics.

The Super Hornet will be the tenth different plane the Blue Angels have flown, and the first change since 1986, according to the Blue Angels website. The last one was the McDonnell Douglas A-4F Skyhawk II.

One thing you may not have known about the Blue Angels. The pilots have a special waiver from the Department of Defense to fly without traditional G-suits worn by other fighter pilots, according to the Journal. That's because the inflatable bladders in the legs of the suits can interfere with the pilot's ability to control the flight stick, which is vital in those close formations.