Temporary fencing installed around the Capitol will stay up at least for the rest of the week. 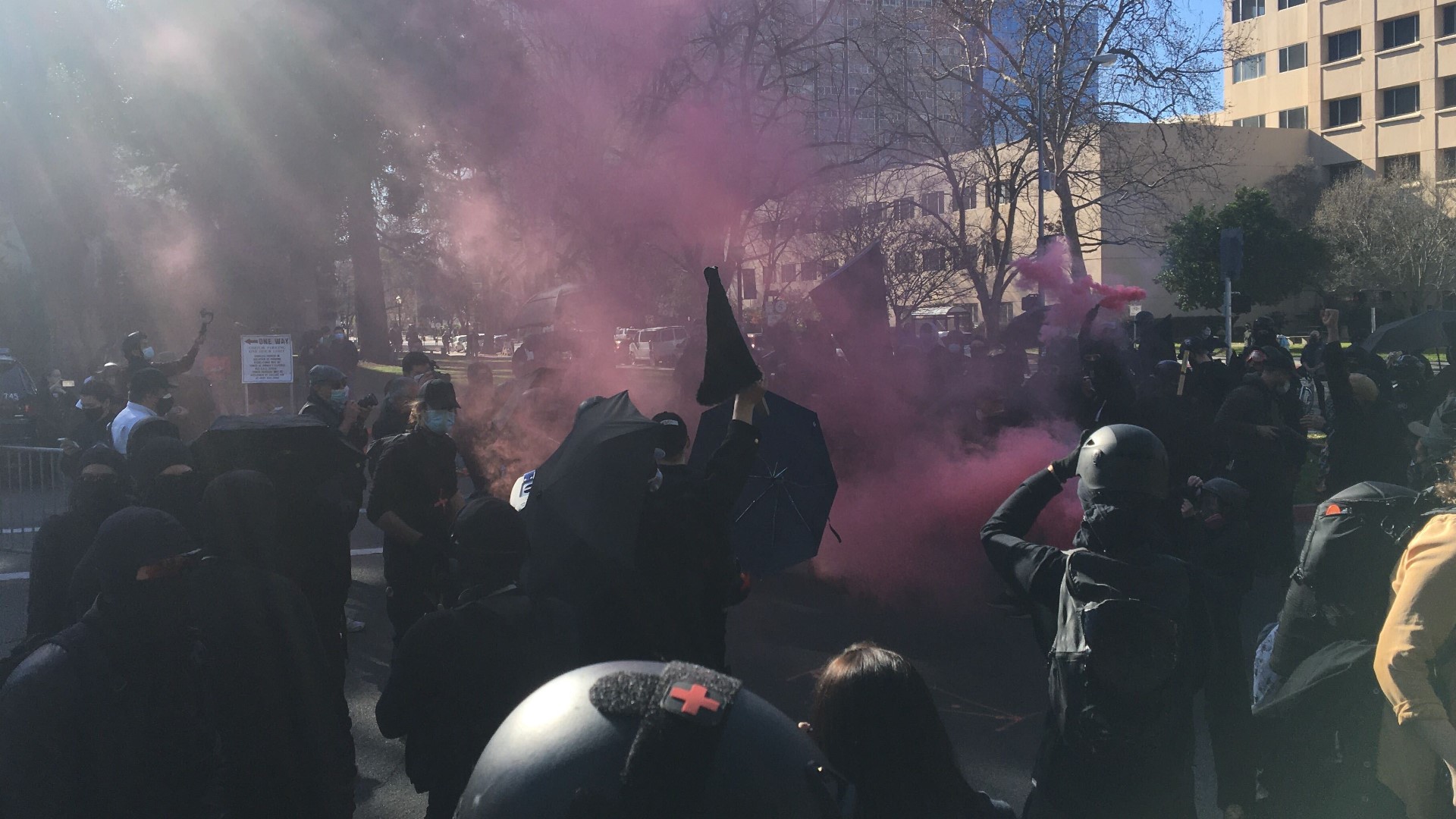 SACRAMENTO, Calif — California spent nearly $19 million for a week's worth of high security around the state Capitol and other locations because of fears of civil unrest surrounding the inauguration of President Joe Biden, officials said citing preliminary estimates Thursday.

National Guard troops began standing down Thursday, but “state and local law enforcement will maintain a heightened posture over the coming days,” said Brian Ferguson, a spokesman for the Governor’s Office of Emergency Services. Temporary fencing installed around the Capitol will stay up at least for the rest of the week.

Just one supporter of departing President Donald Trump was present as Biden took his oath of office Wednesday, a man wearing a red “Make America Great Again” hat who would only identify himself as “Joe” from Brentwood in the San Francisco Bay Area.

“I thanked all the police for coming out for me,” Joe said. “I think they’ve gone way overboard."

Small groups of black-clad counter-protesters wearing helmets and carrying shields had gathered at nearby parks, and more than 50 marched near the Capitol. But there were no confrontations as dozens of police and soldiers guarded every entrance behind a 6-foot chain-link fence.

A truck drove past the counter-demonstrators flying an American flag and playing the national anthem.

Gov. Gavin Newsom mobilized 1,000 members of the National Guard to safeguard the Capitol and other vital infrastructure, at a cost of $3.4 million for staffing, fuel and travel, the state Department of Finance said Thursday.

But the bulk was $15.4 million in extra costs for the California Highway Patrol, which went on “tactical alert” five days before the inauguration. Highway Patrol Commissioner Amanda Ray said that was necessary to provide maximum department resources to protect public safety along with state buildings.

The CHP's cost included temporary fencing and lighting around the Capitol in addition to extra staffing.

Ferguson said the heavy security “was an effective deterrent to vandalism and other potentially unlawful activity.”

More than 200 California National Guard troops headed to Washington, D.C., on Monday aboard four C-130 aircraft to help protect the U.S. Capitol, which was stormed by Trump supporters earlier this month.

The federal government is paying the cost of that national deployment.