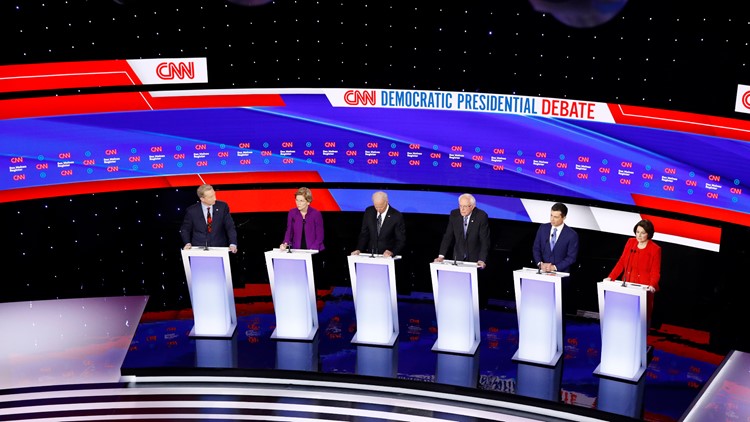 What has become a signature trade deal of President Donald Trump's administration is a conflict point among the Democrats competing to replace the president.

Vermont Sen. Bernie Sanders said at Tuesday night's Democratic presidential debate at Drake University in Des Moines, Iowa, that he opposes the United States-Mexico-Canada trade agreement, or USMCA, in part because it "does not incorporate very, very strong principles to significantly lower fossil fuel emissions in the world."

When asked why she backed the deal, Massachusetts Sen. Elizabeth Warren said it was a "modest improvement" over existing agreements and could be a placeholder for future reform.

RELATED: Disagreements at Democratic debate over US military abroad

Former Vice President Joe Biden said that, as president, he wouldn't push a trade deal that didn't include buy-in from environmentalists and unionists. Minnesota Sen. Amy Klobuchar said she backed the deal, as did former South Bend, Indiana, Mayor Pete Buttigieg, who said it “has been improved. It is not perfect.”