SUV drives through Chicago-area mall and crashes into store

Despite the danger and chaos, police said no one was hurt 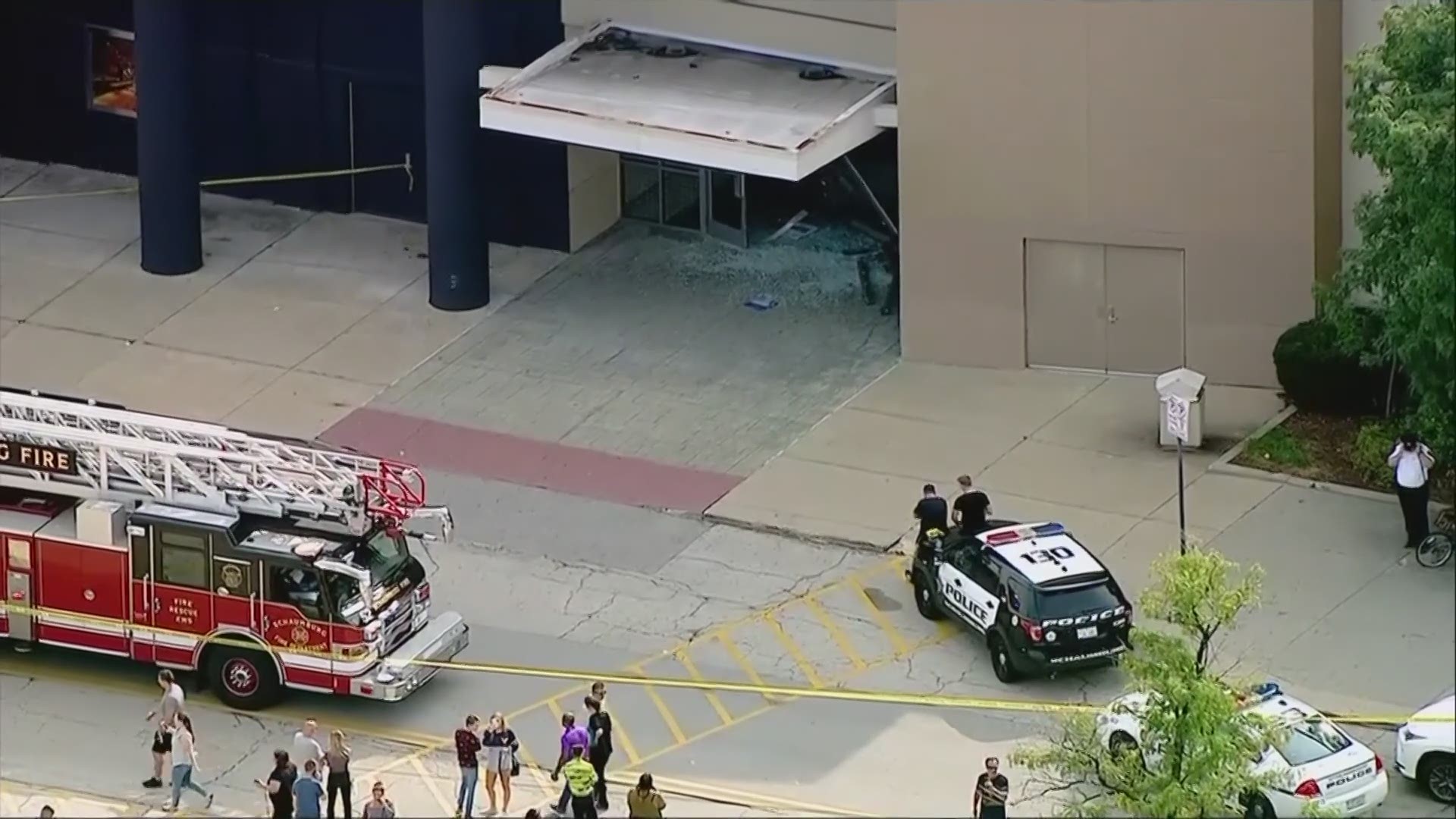 SCHAUMBURG, Ill. — A man drove an SUV into a suburban Chicago mall on Friday, sending frightened shoppers scurrying and plowing over a kiosk before he crashed into a clothing store and was arrested.

Video posted on social media shows the black Chevy Trailblazer driving through the Woodfield Mall in Schaumburg at around 2:30 p.m. while shoppers and store employees run for safety.

Despite the danger and chaos, police said no one was hurt, the village posted on its Facebook page.

Jonathan Galingan, who manages a cosmetics store in the mall, told the Chicago Tribune that people were yelling "active shooter." However, police quickly said on the municipality's Facebook page that there was "no evidence of an active shooter situation."

Witness Lateef Farooqui told CBS 2 that he was on the second floor when he spotted the driver slowly navigating the corridor below "like you would a shopping cart." He said the SUV drove over a kiosk and struck a Forever 21 before the driver jumped out and was captured by police.

Galingan said he didn't see the vehicle, but he saw the panic after people shouted "active shooter."

"We all panicked and were in shock, so we started escorting people toward our back door," he told the Tribune.

Bob Thomas, an executive at the newspaper, said he was headed to the Apple store when he heard the fire alarm go off and an announcement on the mall's loudspeakers that people should leave because there had been an incident.

"I got to the center of the mall, I saw this car. It's a black SUV crashed against a pillar in front of the Clark's shoe store," Thomas said, adding that one of the front tires was flat.

He said that as he took a picture, "All of a sudden the tact team came in with assault rifles and yelling, 'Get out, get out, get out of the mall."

Authorities haven't released the driver's name or his possible motive.

The FBI issued a statement saying it was assisting local law enforcement and that there wasn't any further threat to public safety.

Woodfield Mall is located in Schaumburg, Illinois, which is roughly 30 miles outside of Chicago.