The team gathered in prayer as Fitzpatrick departed. Miami's top draft pick QB Tua Tagovailoa says he wasn't nervous to play but 'got emotional when Fitz' had left. 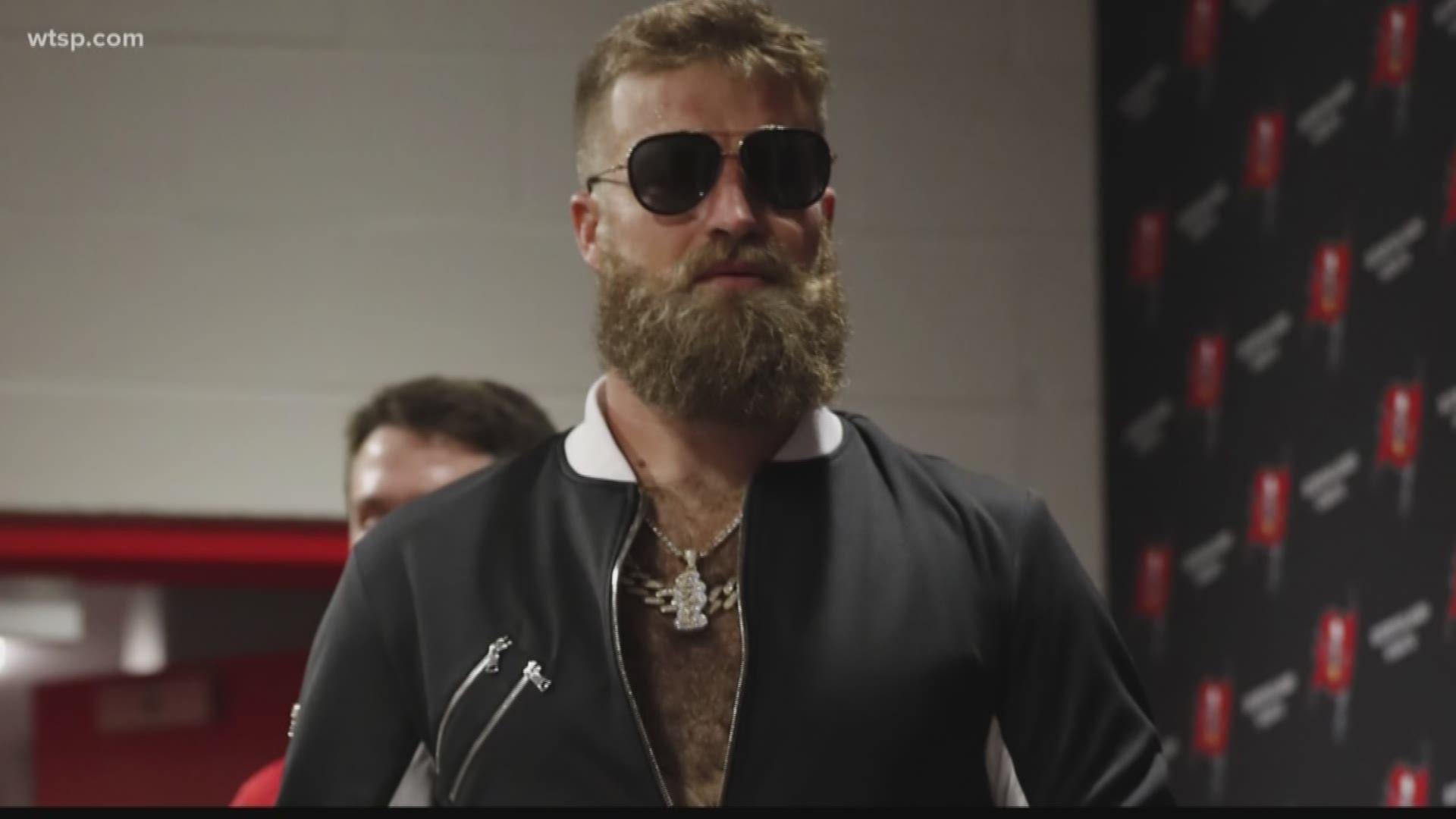 MIAMI — Editor's note: The Fitzpatrick video interview above was published in January.

Miami Dolphins quarterback Ryan Fitzpatrick's mother died Saturday, and he left a morning scrimmage as it began to be with his family, coach Brian Flores said.

The team gathered in prayer as Fitzpatrick departed.

“On behalf of my family, I want to thank everyone who has reached out with well wishes," Fitzpatrick said later on Twitter. "It truly means a lot to us.”

Fitzpatrick missed one day of practice last week due to the illness of his mother, Lori.

RELATED: 'It was terrifying': Panthers rookie turns tragedy into motivation

“Our hearts go out to him as a team and an organization,” Flores said. "There are things bigger than football.”

“On behalf of my family, I want to thank everyone who has reached out with well wishes. It truly means a lot to us.”

-QB Ryan Fitzpatrick on the passing of his Mom, Lori pic.twitter.com/olb8E0L8O5

Flores said he didn’t know how long Fitzpatrick would be away from the team. Miami’s first game is Sept. 13 at New England.

Josh Rosen and Tua Tagovailoa took the snaps in Fitzpatrick's absence. For Tagovailoa, Miami's top draft pick, it was the closest he's been to game action since a hip injury ended his Alabama career in November.

“It wasn’t something I was nervous to do,” he said. “But I got emotional when Fitz ended up leaving. That was pretty difficult. I thought of my own mom.”