'If you can't see the election was stolen, you're a moron,' court documents say a Capitol rioter texted his ex-girlfriend during the insurrection. 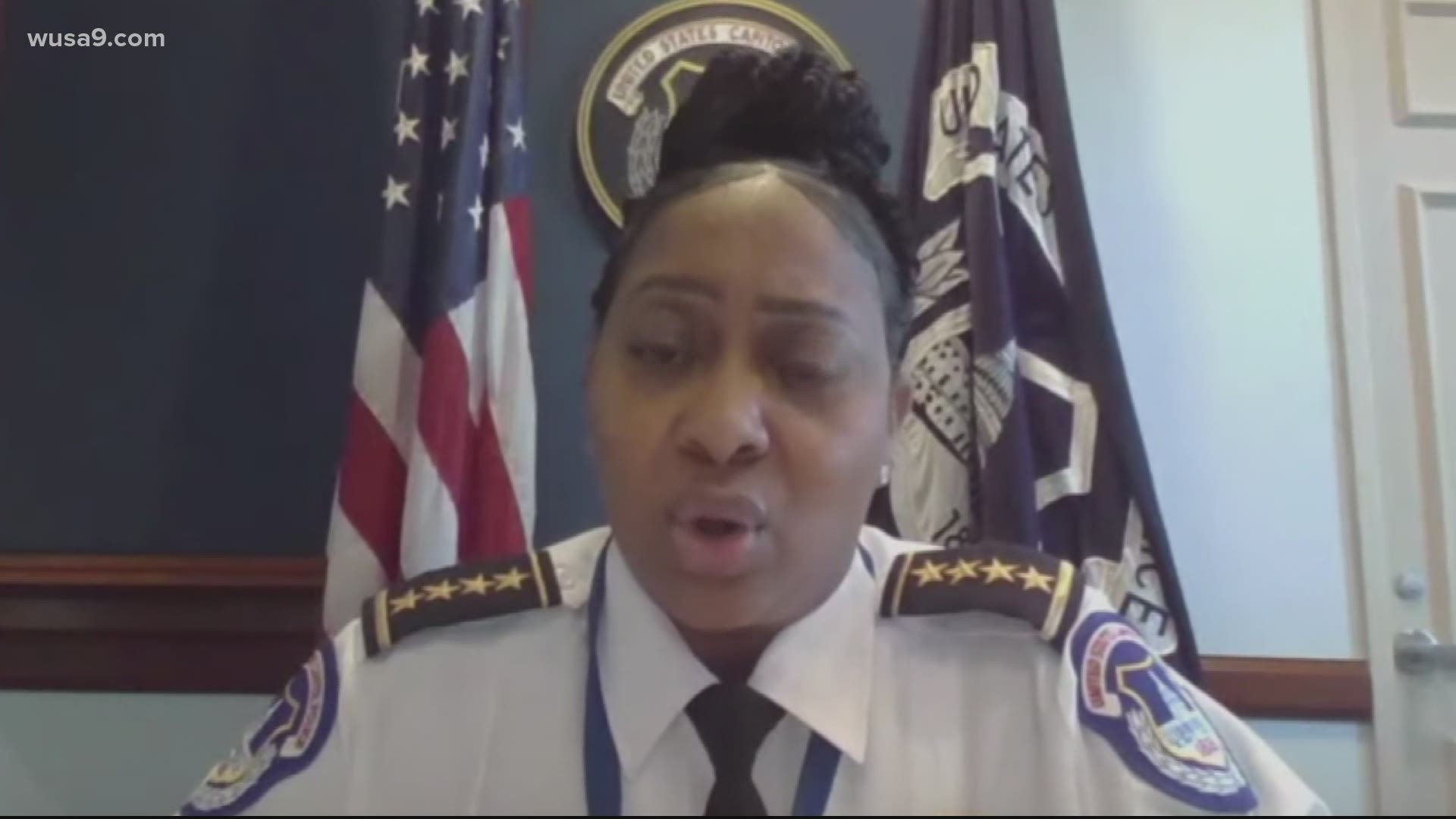 WASHINGTON — A rioter accused of storming the U.S. Capitol during the Jan. 6 insurrection was turned in by his ex-girlfriend after sending her several texts with photos and videos from the scene, one text included calling her a "moron," according to court documents.

Richard Michetti is facing charges of knowingly entering or remaining in a restricted building, obstruction of justice/Congress and violent entry and disorderly conduct on Capitol grounds.

The Philadelphia Inquirer claims the Ridley Park, Pa. man faces up to 20 years in prison. On Tuesday, he was placed under house detention until his trial.

Michetti was investigated by officials after his ex-girlfriend gave authorities a series of texts that led to his arrest, including a text sent at 4:26 p.m., "If you can't see the election was stolen, you're a moron," according to an affidavit by FBI Special Agent Christopher Dillon.

The 10-page statement of facts court documents showed several pictures of Michetti in a baseball hat inside and outside the U.S. Capitol as pro-Trump supporters tried to stop Congress from certifying the November election to President Joe Biden.

Five people were killed in the attack, including a Capitol police officer.

The court documents claim the ex-girlfriend had been communicating with Michetti the day before the riot and during the riot. He texted her on Jan. 5 saying he "just got to DC."

Around 2:06 p.m. on Jan. 6, Michetti texted her "…it’s going down here we stormed the building they held us back with spray and teargas and paintballs.”

A few minutes later, he texted again, saying, "Gotta stop the vote it’s fraud this is our country."

Credit: Court Document Statement of Facts
Based on a description of MICHETTI and of the clothing he was wearing on January 6, 2021, additional video footage and images were identified that captured MICHETTI inside of various parts of the U.S. Capitol.

One of the texts from Michetti during the riot, according to court papers from the witness or "W1," reads: “This is our country do you think we live like kings because no one sacrificed anything? ... [T]he vote was fraud and trump won but they won’t audit the votes."

Michetti is one of more than 200 people who have been chared in the insurrection, The Washington Post reports.

RELATED: Some local GOP leaders fire up base with conspiracies, lies