Farmer cuts off leg with pocket knife to free himself

Nebraska farmer Kurt Kaser got caught in a grain hopper. 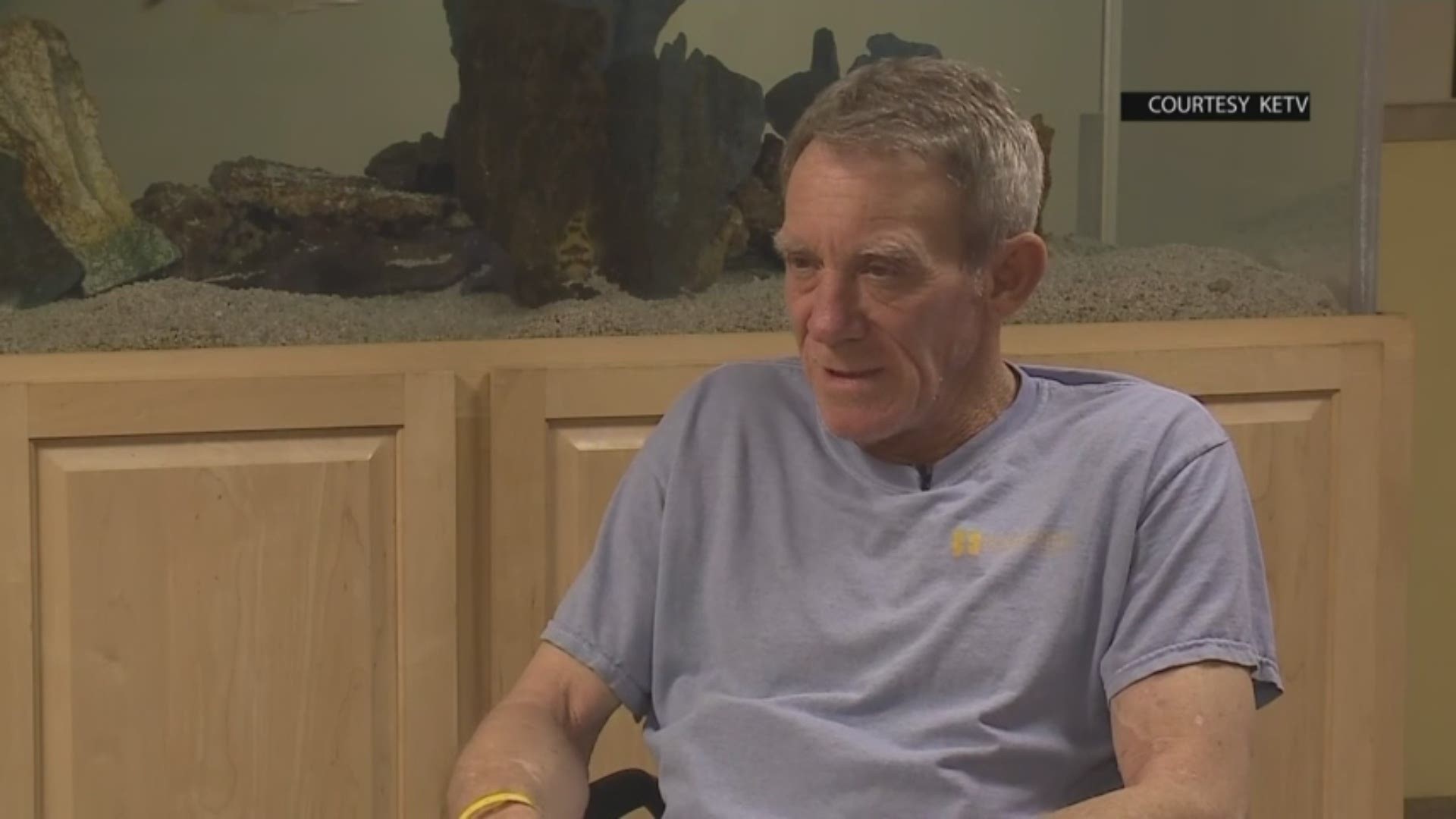 OMAHA, Neb — A farmer says he had to cut off his own mangled leg with a pocket knife after it became trapped in a grain hopper in northeastern Nebraska.

KETV reports that 63-year-old Kurt Kaser, of Pender, was unloading corn last month when he accidentally stepped on the opening of the hopper and his leg was sucked inside by a device designed to deposit grain in a bin.

Kaser said he couldn't free his leg, he was alone and he didn't have his cellphone. So he took out his pocket knife and sawed off his leg below the knee.

RELATED: 'We could hear her crying': Woman rescued by other climbers

He then crawled 150 feet to a phone and was flown to a hospital. He never lost consciousness.

Kaser will get a prosthetic limb once his leg has fully healed.