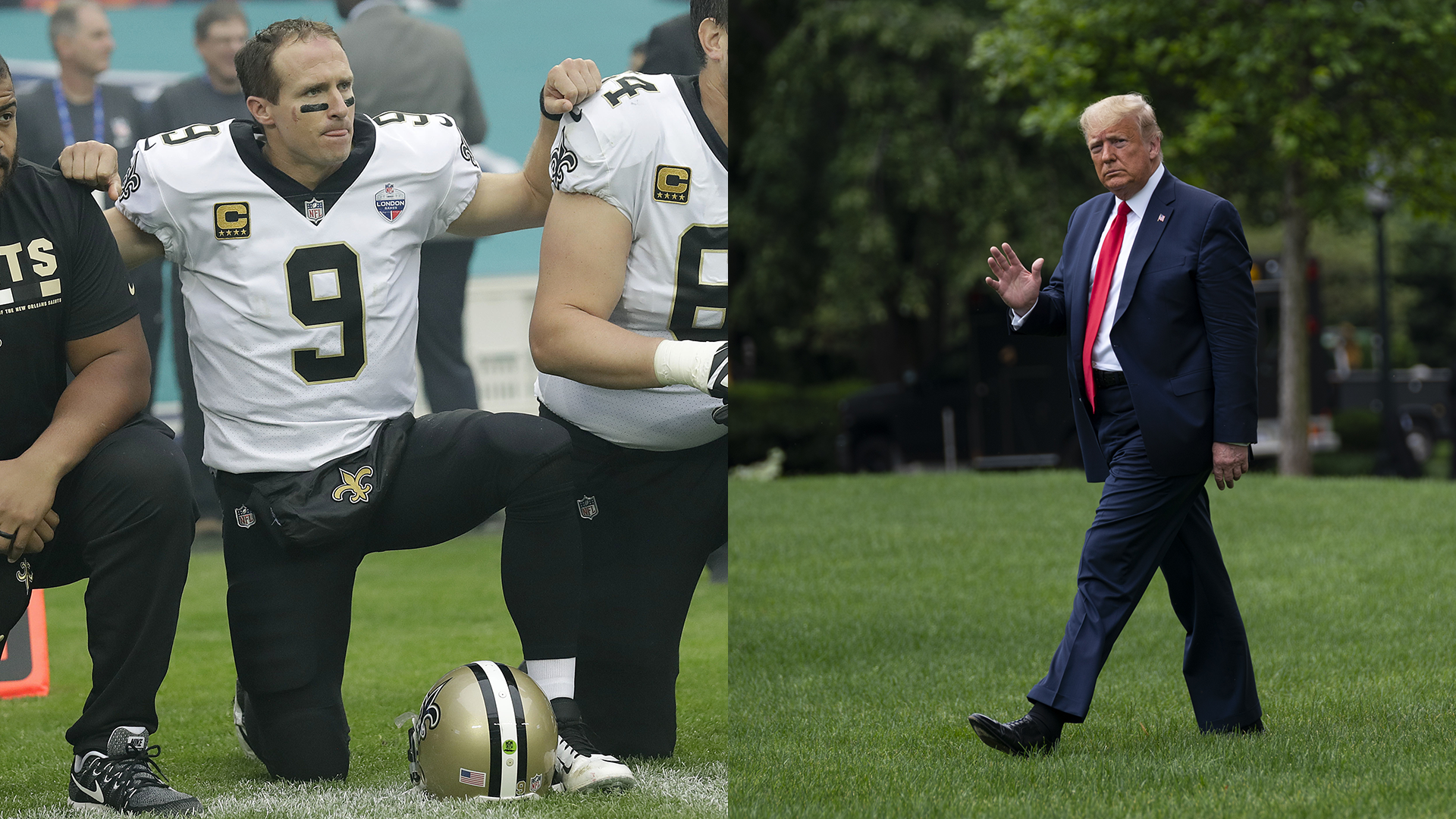 WASHINGTON — FIFA appealed Monday for “tolerance, mutual respect and common sense” after U.S. President Donald Trump denounced the annulment of a policy that required soccer players to stand during the national anthem.

“I won’t be watching much anymore!” Trump tweeted Saturday.

It was United States captain Megan Rapinoe kneeling in support of Colin Kaepernick that led to the U.S. Soccer Federation adopting the rule in 2017. It was annulled last week after American soccer leaders acknowledged a change in sentiment among the public since the death of George Floyd sparked global anti-racism protests.

RELATED: US Soccer repeals rule that banned kneeling during anthem

“FIFA strongly advocates for tolerance, mutual respect and common sense when such important matters are debated,” world soccer's governing body said in a statement to The Associated Press when asked about Trump's comments. “FIFA has a zero-tolerance approach to incidents of all forms of discrimination in football, as outlined in the FIFA Statutes. We must all say no to racism and no to violence.”

FIFA President Gianni Infantino introduced Trump at a dinner at the World Economic Forum in Davos, Switzerland in January, expressing a desire to "make sure that the ‘American dream’ becomes reality, not only in America, as we have seen, but all over the world.”

In response to Trump's tweet, FIFA said Infantino's “position on the player’s rights to express themselves against racism, discrimination and violence was clearly stated two weeks ago and it has not changed.”

Infantino signaled support for on-field protests after American midfielder Weston McKennie wore an armband while playing for Schalke in Germany with the handwritten message “Justice for George” around his left arm.

Credit: AP
FILE - In this Sept. 18, 2016, file photo, United States' Megan Rapinoe, right, kneels next to teammates Christen Press (12), Ali Krieger (11), Crystal Dunn (16) and Ashlyn Harris (22) as the national anthem is played before the team's exhibition soccer match against the Netherlands in Atlanta. The U.S. women's national team wants the U.S. Soccer Federation to repeal the anthem policy it instituted after Rapinoe started kneeling during the national anthem. The U.S. women's team also wants the federation to state publicly that the policy was wrong and issue an apology to the team's black players and supporters. (AP Photo/John Bazemore, File)