Gavin MacLeod, captain of the 'Love Boat,' has died

Actor Gavin MacLeod was known for his roles as Captain Merrill Stubing in 'The Love Boat' and Murray Slaughter in 'The Mary Tyler Moore Show.' 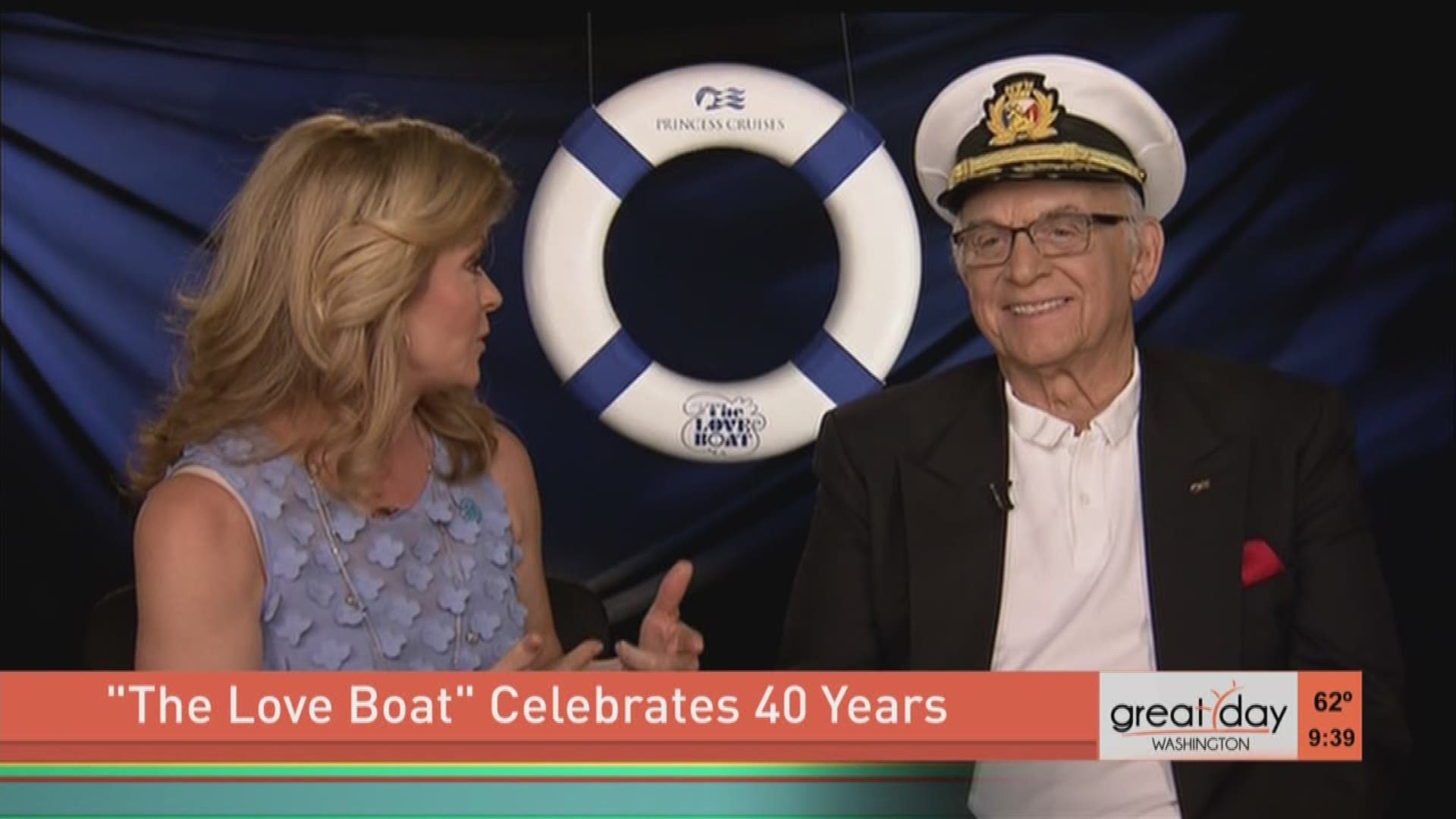 Gavin MacLeod, the veteran supporting actor who achieved stardom as Murray Slaughter, the sardonic TV news writer on “The Mary Tyler Moore Show,” before going on to even bigger fame as the cheerful Capt. Stubing on “The Love Boat,” has died. He was 90.

MacLeod died early Saturday, his nephew, Mark See, told Variety. MacLeod’s health had been poor recently but no cause of death was given, the trade publication reported.

Known to sitcom fans for his bald head and wide smile, MacLeod toiled in near anonymity for more than a decade, appearing on dozens of TV shows and in several movies before landing his “Mary Tyler Moore” role in 1970.

He had originally tested for Moore’s TV boss, Lou Grant, a part that went to Ed Asner.

Asner posted a tribute to MacLeod on his Twitter page, writing, "My heart is broken.  Gavin was my brother, my partner in crime (and food) and my comic conspirator.  I will see you in a bit Gavin. Tell the gang I will see them in a bit.  Betty! It’s just you and me now."

My heart is broken. Gavin was my brother, my partner in crime (and food) and my comic conspirator. I will see you in a bit Gavin. Tell the gang I will see them in a bit. Betty! It’s just you and me now. pic.twitter.com/se4fwh7G1G

Realizing he wasn’t right for playing the blustery, short-tempered TV newsroom leader, MacLeod asked if he could try instead for the wisecracking TV news writer, his jokes often at the expense of the dimwitted anchorman Ted Baxter.

“The Mary Tyler Moore Show” was a smash from the start and remains a classic of situation comedies. It produced two spinoffs, “Rhoda” and “Phyllis,” starring Valerie Harper and Cloris Leachman, who had portrayed Mary’s neighbors.

It was still top-rated when Moore, who played news producer Mary Richards, decided to end it after seven seasons.

MacLeod moved on to “The Love Boat,” a romantic comedy in which guest stars, ranging from Gene Kelly to Janet Jackson, would come aboard for a cruise and fall in love with one another.

Although scorned by critics, the series proved immensely popular, lasting 11 seasons and spinning off several TV movies, including two in which MacLeod remained at the cruise ship’s helm. It also resulted in his being hired as a TV pitchman for Princess Cruise Lines.

RELATED: Claim that eating french fries in moderation will lead to an early death is misleading

“The critics hated it. They called it mindless TV, but we became goodwill ambassadors,” he told the Los Angeles Times in 2013.

Among his final TV credits were “Touched by An Angel,” “JAG” and “The King of Queens.”

MacLeod’s lighthearted screen persona was in contrast to his private life. In his 2013 memoir, “This Is Your Captain Speaking,” MacLeod acknowledged that he had struggled with alcoholism in the 1960s and ’70s. He also wrote that losing his hair at an early age made it hard for him to find work as an actor.

“I went all over town looking for an agent, but no one was interested in representing a young man with a bald head,” he wrote. “I knew what I needed to do. I needed to buy myself a hairpiece.” A toupee changed his luck “pretty quickly.” By middle age, he didn’t need the toupee.

MacLeod, whose given name was Allan See, took his first name from a French movie and his last from a drama teacher at New York’s Ithaca College who had encouraged him to pursue an acting career.

After college, the Mount Kisco, New York-native became a supporting player in “A Hatful of Rain” and other Broadway plays, and in such films as “I Want to Live!” and “Operation Petticoat.”

He made guest appearances on TV shows throughout the 1960s, including “Hogan’s Heroes,” “Hawaii Five-O” and “The Dick Van Dyke Show.” He also appeared on “McHale’s Navy” from 1962 to 1964 as seaman Joseph “Happy” Haines.

One major role he auditioned for: Archie Bunker in “All in the Family.” But he quickly realized that the character, immortalized by Carol O’Conner, was wrong for him. “Immediately I thought, ‘This is not the script for me. The character is too much of a bigot.’ I can’t say these things,” MacLeod wrote in his memoir.

Other movie credits included “Kelly’s Heroes,” “The Sand Pebbles” and “The Sword of Ali Baba.”

MacLeod had four children with his first wife, Joan Rootvik, whom he divorced in 1972. He was the son of an alcoholic and his drinking problems helped lead to a second divorce, to Patti Steele. But after MacLeod quit drinking, he and Steele remarried in 1985.

The couple later hosted a Christian radio show called “Back on Course: A Ministry for Marriages.”