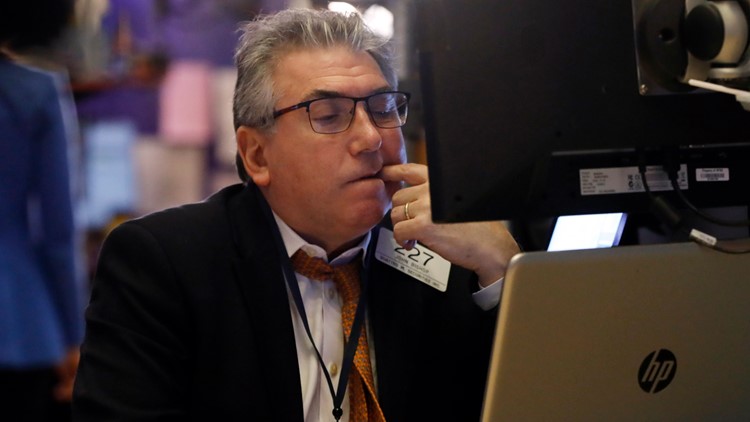 Photo by: AP
Trader John Bishop works on the floor of the New York Stock Exchange, Monday, Feb. 24, 2020.Markets are down across Europe and Asia, while futures for U.S. benchmarks have also dropped sharply. (AP Photo/Richard Drew)

U.S. stocks fell sharply in early trading Monday, following a broad sell-off in overseas markets, as as a surge in new coronavirus cases and a worrisome spread outside of the epicenter in China sent investors running for safety.

Markets in South Korea and Italy led the decline on Monday, falling nearly as much as 4.6%. Markets are down across Europe and Asia as South Korea, Iran and Italy reported a large jump in new cases of the virus, which the World Health Organization has named COVID-19.

Some economists think the world's economy could shrink as a whole in the first quarter of this year. That would be the first such downturn since the global financial crisis more than a decade ago. Some top officials think the effect could be brief. But worse scenarios could also play out.

South Korea is now on its highest alert for infectious diseases after cases there spiked. In Italy, authorities have set up roadblocks, called off soccer matches and shuttered sites including the famed La Scala opera house. In Iran, a report of dozens of deaths in a single city emerged as infections were reported to have spread for the first time to Iraq, Kuwait, Bahrain and Afghanistan.

The leader of the World Health Organization says the recent developments have shown “just how quickly a new virus can spread around the world and cause widespread fear and disruption.”

China's leaders promised more help for companies and the economy. Economists note it will be hard to avoid a big hit to the global economy at least in the current quarter.