Watch: 82-year-old grandma beats up store robber with her cane

'It was just instinct to try to stop him and give him a good whack.' 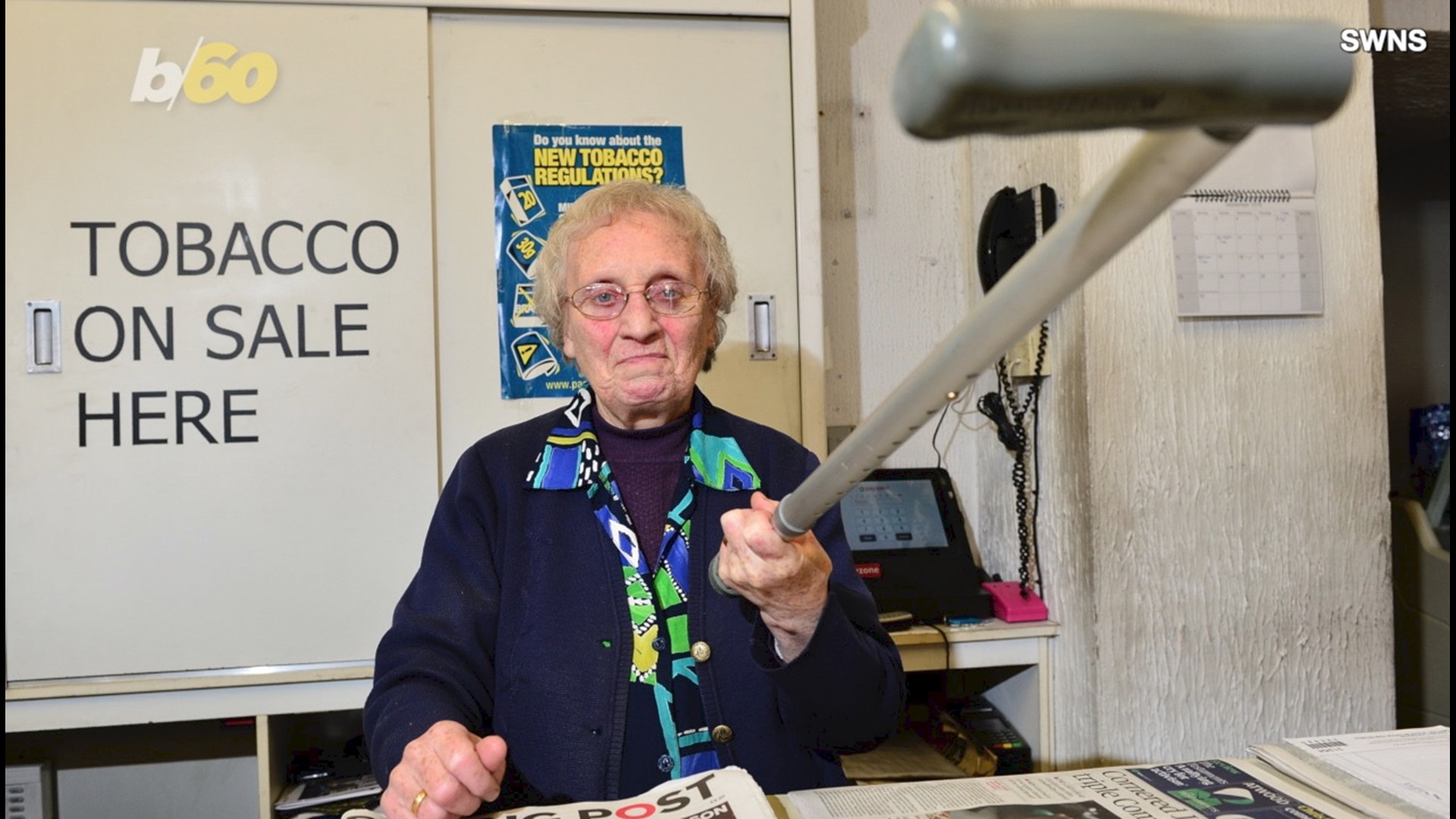 Do not mess with this grandma.

An 82-year-old convenience store owner in the United Kingdom used her walking stick to fight off a robber. The incident was caught on surveillance video.

UK's The Sun reports June Turner was behind the cash register when the bad guy came in, demanded money, and then went behind the counter. His face was hidden under a blue blanket.

RELATED: VIDEO: Suspect breaks into Subway then makes a sandwich

RELATED: VIDEO: Man tries to break into cannabis store with underwear on face

“I couldn’t find the panic button so I got my stick and I really belted him with it," Turner said. “It was just instinct to try to stop him and give him a good whack."

Turner, who has worked at the store for 45 years and never been robbed, knocked the man down and reportedly left him with a black eye. He also had to drop the cash register he was trying to take, but still got away with 50 pounds (about $61 U.S.) and six packs of cigarettes.

Turner reportedly got the cane three years ago after breaking her hip. The bad guy pushed her to the ground before he ran off. She was stuck on the floor until a customer came in to help and they called police and paramedics.

She was back to work 30 minutes later and had but one regret about confronting the robber.

“If it happened again I’d react the same but with something heavier," she said.