Deputies called to a home say a gender reveal announcement resulted in the explosion, which caused a flying piece of debris to strike the 56-year-old woman. 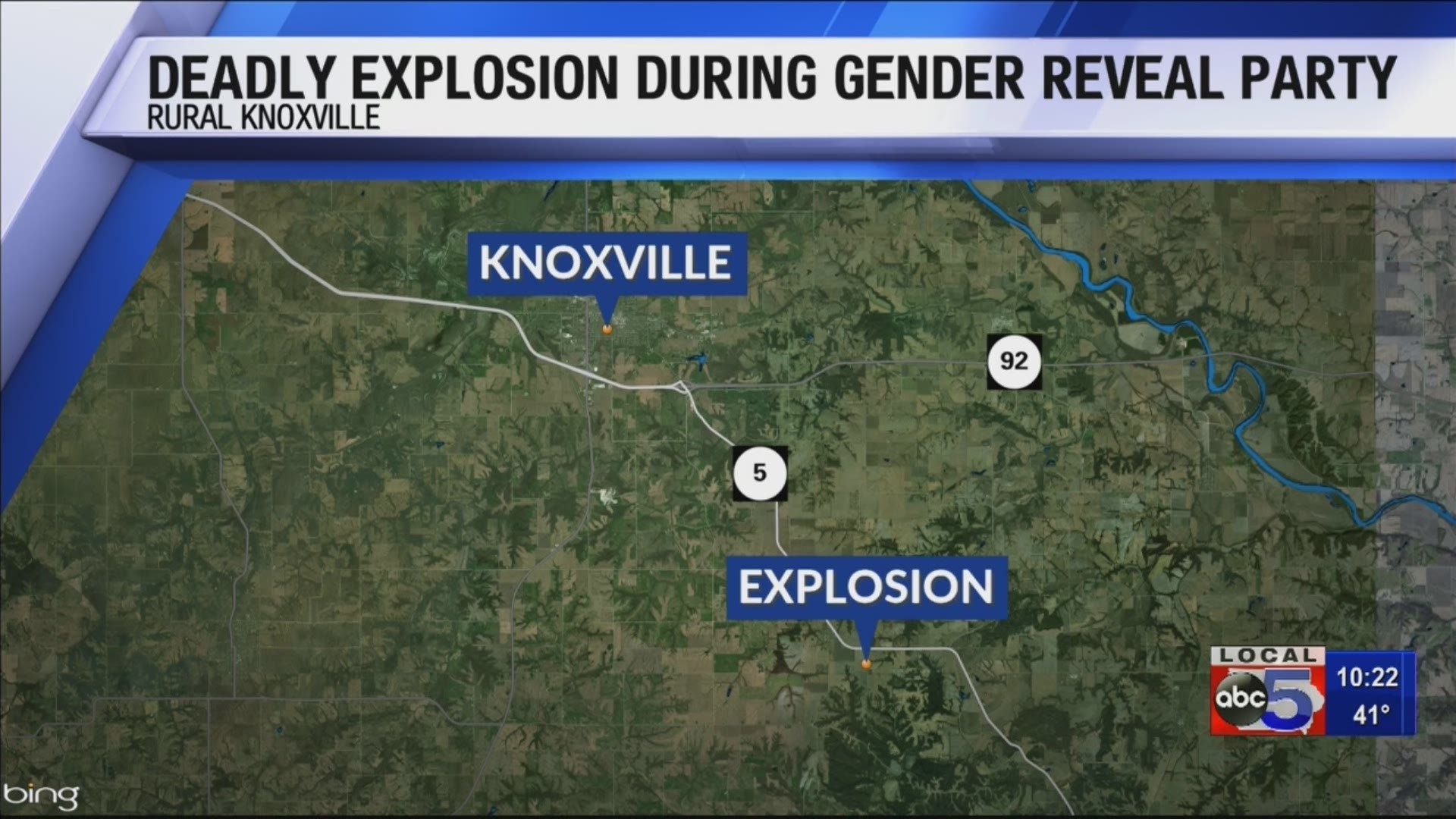 KNOXVILLE, Iowa — The Marion County Sheriff’s Office has released additional details regarding a Saturday explosion during a gender reveal party that killed a woman.

When first responders arrived, they found 56-year-old Pamela Kreimeyer dead at the scene.

They said a gender reveal announcement resulted in the explosion, which caused a flying piece of debris to strike the victim.

An investigation into the incident revealed that members of the Kreimeyer family were experimenting with different types of explosive material over the weekend “in an attempt to record a gender reveal that could be posted on social media for friends and family,” the Marion County Sheriff’s Office said in a release.

Five family members and the expectant mother gathered Saturday afternoon and placed gunpowder in the bottom of a homemade stand that was welded to a metal base plate, the statement says.

Instead of the gunpowder shooting the powder out the top of the stand, the stand exploded sending metal pieces flying. One of these metal pieces struck Kreimeyer in the head, killing her instantly. She was standing with other family members approximately 45 feet from the device.

It’s believed that the projectile that struck the victim then continued another 144 yards through the air coming to rest in a field.

This incident remains under investigation.

“This family got together for what they thought was going to be a happy event with no intent for anyone to get hurt,” Sheriff Jason Sandholt said in a statement. “What ended up happening was that Pamela Kreimeyer, a wife, mother and grandmother was killed by a piece of metal where a metal stand, gunpowder and colored powder were involved. This is a reminder that anytime someone mixes these things there is a high potential for serious injury or death; please do not take these unnecessary risks. My condolences go out to the family.”