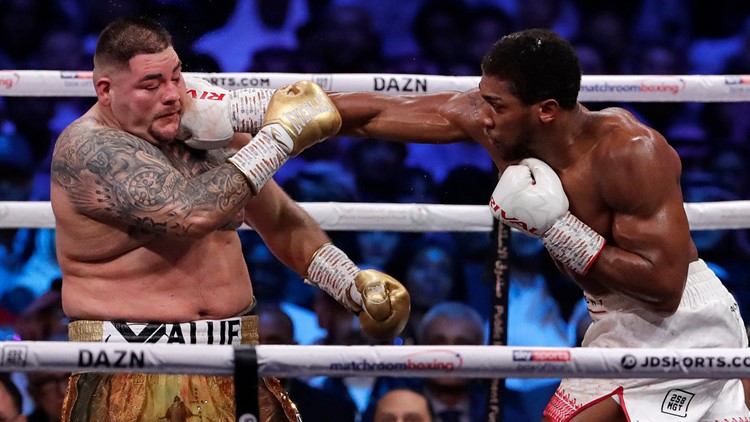 British boxer Anthony Joshua has defeated Andy Ruiz Jr. to reclaim his boxing world heavyweight titles. He defeated the Mexican-American in a unanimous decision by the judges following his upset loss in June.

Joshua claimed victory on points in their rematch fight held Saturday in Riyadh, Saudi Arabia. It was the first title fight to be hosted in the Middle East.

Ruiz had knocked down Joshua four times in his seventh-round upset six months ago in New York, becoming the first boxer of Mexican heritage to win a world heavyweight title.

However, The Associated Press reports the drama that featured in June’s fight did not carryover in the rematch, as Joshua was in control with his movement and improved timing.

As the final bell rang, Ruiz beat his chest angrily and said “fight me”, knowing he had been outboxed, according to The Guardian.

ESPN, which had it scored 119-109 for Joshua, says he was much better following months of soul searching since the upset, winning this time at rain-soaked, temporary 15,000-seat open-air Diriyah Stadium.