Tyson and Jones fought eight two-minute rounds, and both emerged smiling from a highly unusual event at Staples Center. 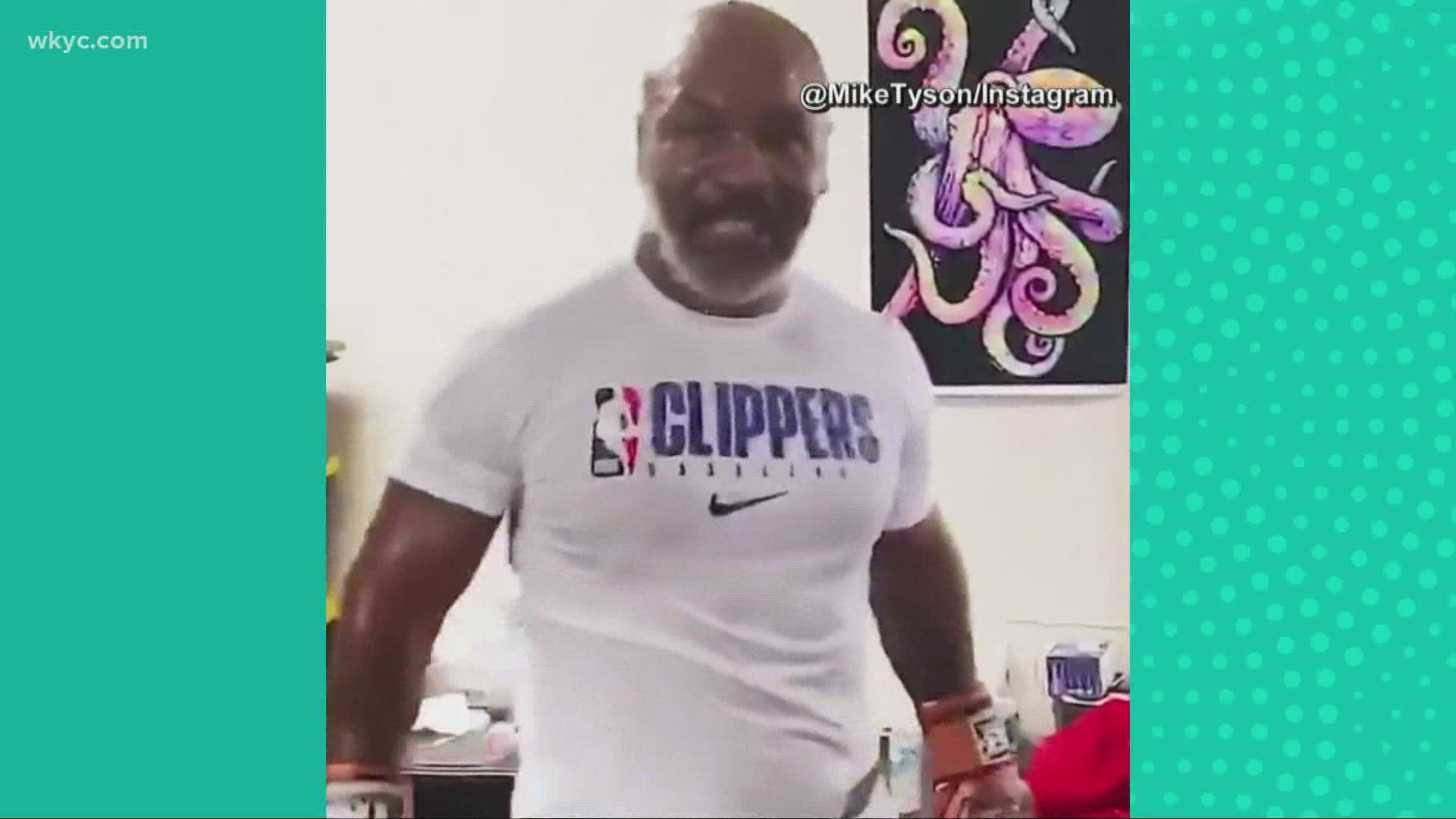 Mike Tyson stepped through the ropes in his signature black trunks and heard the opening bell in a boxing ring for the first time in 15 years.

The former heavyweight champion of the world traded lively punches with Roy Jones Jr. for eight entertaining rounds that ended with two middle-aged legends wearily hugging each other in mutual admiration.

Their fight was only an exhibition, and it ended in a draw. But for Tyson, the experience evoked the joy and excitement he felt so long ago at the start of his boxing career — and it was likely the start of a new chapter in his epic life.

"I'm happy I'm not knocked out," Tyson said. "I'll look better in the next one."

Tyson showed glimpses of his destructive prime Saturday night during the 54-year-old boxing icon's return to the ring against the 51-year-old Jones.

Tyson had the most impactful punches, showing off versions of the footwork and combinations that made him the world's most feared fighter. After eight two-minute rounds, both Tyson and Jones emerged from Staples Center smiling and apparently healthy.

"This is better than fighting for championships," Tyson said of the heavyweight exhibition, which raised money for various charities. "We're humanitarians now. We can do something good for the world. We've got to do this again."

Tyson's return to the ring for this show attracted international attention, and Iron Mike did his best to demonstrate his months of work to recapture a measure of the form that made him a legend to a generation of boxing fans.

Tyson tagged Jones with body shots, head shots and a particularly nasty uppercut during a bout that was required by the California State Athletic Commission to be a reasonably safe, glorified sparring session.

Tyson was exhausted two hours afterward, but also clearly energized as he recounted his emotions with his wife and team looking on.

"I took my youth for granted," Tyson said. "This event made me find out what I was really made of. ... My body feels splendid. I want to beat it up some more."

Tyson intends to fight in more exhibitions next year, perhaps heading to Monte Carlo next to challenge a European fighter. He didn't close the door on the possibility of a full-fledged comeback, although that would be many fights in the future.

For one night, Tyson and Jones were back at the center of the sports world, and they reveled in it.

Credit: AP
In a photo provided by Triller, Mike Tyson throws a punch during the third round against Roy Jones Jr. in an exhibition boxing bout Saturday, Nov. 28, 2020, in Los Angeles. (Joe Scarnici/Triller via AP)

"I'm happy to scratch that off my bucket list and move on with my life," said Jones, the former four-division world champion widely considered the most skilled boxer of his generation. "He hit harder than I thought. Everything hurt. His hands hurt. His head hurts. Everything hurt when I made contact. He's an exceptional puncher still. He can do anything he wants next."

Neither fighter was deceived by the quality of the bout. While both came out throwing punches that evoked echoes of their glorious primes, they also tied up frequently on the inside, and their occasionally labored breathing could be heard on the microphones in the empty arena.

Hip hop star Snoop Dogg's witty television commentary was among the loudest noises inside Staples, and he had a handful of zingers: "This is like two of my uncles fighting at the barbecue!"

But Tyson and Jones were the headliners in the most improbable pay-per-view boxing event in years, engineered by social networking app Triller and featuring fights interspersed with hip hop performances in an empty arena.

The event was derided as an anti-sporting spectacle by some critics, yet both Tyson and Jones appeared to handle themselves capably and safely. Their fans were clearly enthralled, with the show getting enormous traction on social media.

Some of that success was due to the co-main event, in which YouTube star Jake Paul knocked out former NBA player Nate Robinson in the second round of Robinson's pro boxing debut. Paul, in his second pro fight, recorded three knockdowns against Robinson, the three-time NBA Slam Dunk contest champion, before an overhand right put Robinson flat on his face and apparently unconscious.

But most of the fans tuned in to watch Tyson, many for the first time. Any boxing fan who came of age after Tyson retired from boxing in 2005 had never seen a live fight from the legendary figure — and within the bounds of this event, Tyson delivered.

Tyson said he no longer had "the fighting guts or the heart" after he quit in a dismal loss to journeyman Peter McBride in his final bout.

Finally free of his sport's relentless pressure, Tyson gradually straightened out his life, kicking a self-described drug addiction and eventually succeeding in acting, stage performance, charity work and even marijuana cultivation while settling into comfortable family life in Las Vegas with his third wife and their children.

The idea of a boxing comeback seemed preposterous, but Tyson started toward this unlikely fight when he started doing 15 daily minutes on a treadmill a few years ago at his wife's urging in a bid to lose 100 pounds. The workouts soon became multi-hour affairs encompassing biking, running and finally punching as he regained a measure of his athletic prime through discipline and a vegan diet.

Tyson posted a video of himself hitting pads on social media early in the coronavirus pandemic, and the overwhelming public response led to several lucrative offers for a ring comeback. With the chance to make money for himself and for charity, Tyson eventually agreed to take on Jones long after the chance of their dream matchup seemed dashed.

Tyson and Jones negotiated with the California commission over the limitations of their bout, eventually arriving at eight two-minute rounds of hard sparring with only ceremonial judging and no official winner. The WBC still stepped in to award a ceremonial "Frontline Battle Belt" to both fighters.