Climate change and pollution imperil shark survival, but increased fishing pressure is the greatest threat for every oceanic shark species. 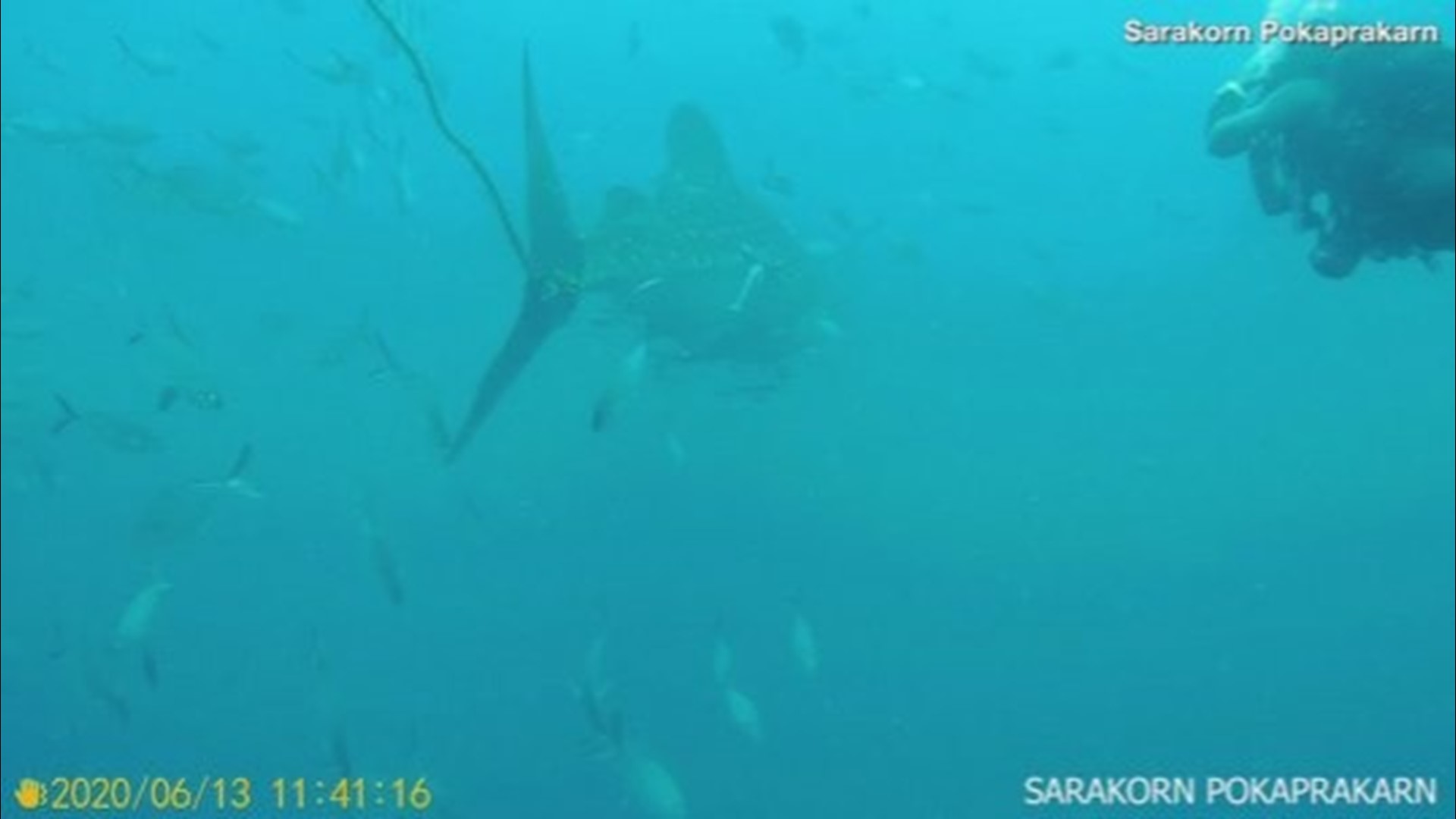 WASHINGTON, D.C., USA — When marine biologist Stuart Sandin talks about sharks, it sounds like he’s describing Jedis of the ocean. “They are terrific predators, fast swimmers and they have amazing senses — they can detect any disturbance in the ocean from great distance,” such as smells or tiny changes in water currents.

Their ability to quickly sense anything outside the norm in their environment helps them find prey in the vastness of the open ocean. But it also makes them especially vulnerable in the face of increased international fishing pressure, as global fishing fleets have doubled since 1950.

“You drop a fishing line in the open ocean, and often it’s sharks that are there first — whether or not they’re the primary target,” said Sandin, who works at the Scripps Institution of Oceanography.

Scientists have known for decades that individual shark species are declining, but a new study drawing on 57 global datasets underscores just how dramatically worldwide populations have collapsed in the past half century.

Globally, the abundance of oceanic sharks and rays dropped more than 70% between 1970 and 2018, according to a study published Wednesday in the journal Nature.

“The last 50 years have been pretty devastating for global shark populations,” said Nathan Pacoureau, a biologist at Simon Fraser University in Canada and a co-author of the study.

Sometimes sharks are intentionally caught by fishing fleets, but more often they are reeled in incidentally as “ bycatch," in the course of fishing for other species such as tuna and swordfish.

Sharks and rays are both fish with skeletons made of cartilage, not bone. In contrast to most other kinds of fish, they generally take several years to reach sexual maturity, and they produce fewer offspring.

“In terms of timing, they reproduce more like mammals – and that makes them especially vulnerable,” said Pacoureau. “Their populations cannot replenish as quickly as many other kinds of fish.”

The number of fishing vessels trolling the open ocean has risen steeply since the 1950s, as engine power expanded ships' range. And while climate change and pollution also imperil shark survival, increased fishing pressure is the greatest threat for every oceanic shark species.

“When you remove top predators of the ocean, it impacts every part of the marine food web,” said Stuart Pimm, an ecologist at Duke University, who was not involved in the study. “Sharks are like the lions, tigers and bears of the ocean world, and they help keep the rest of the ecosystem in balance.”