Happy Palindrome Week, where every day reads the same forward or backward

But, there are some who may argue it's cheating a little bit. 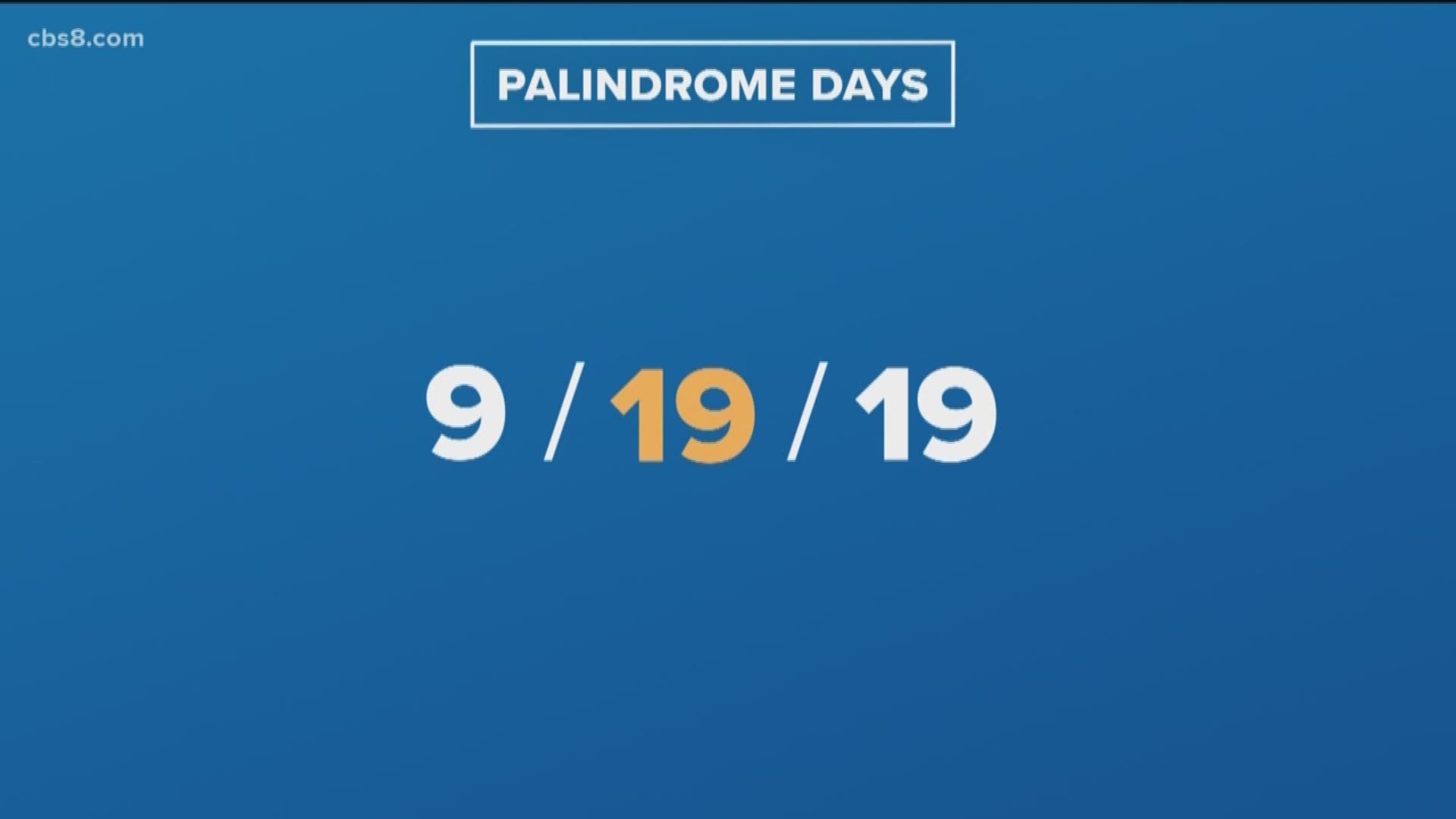 For ten days starting Tuesday, you're going to notice that the dates on the calendar are going to look the same forward and backward. It's Palindrome Week (OK, it's really a week-and-a-half).

From Tuesday, Sept. 10, through Thursday Sept. 19, the numbers will be in the same order whether you start at the front or at the back.

This is all assuming that you don't use the mm-dd-yy format, putting a zero in front of the first nine to indicate September. Doing that blows the whole thing out of the water. Some will argue that it doesn't count if you don't do that.

Some would also say it only counts if you have all eight digits: mm-dd-yyyy.

Backing that up is this notation from the website timeanddate.com.

Not all countries will be celebrating Palindrome Week because some of them go with a different format -- Year-Month-Day or Day-Month-Year. So Wednesday for them would be 19-09-10.