Amash has come under fire from fellow conservatives after saying he read the entire Mueller Report and determined impeachment was necessary. 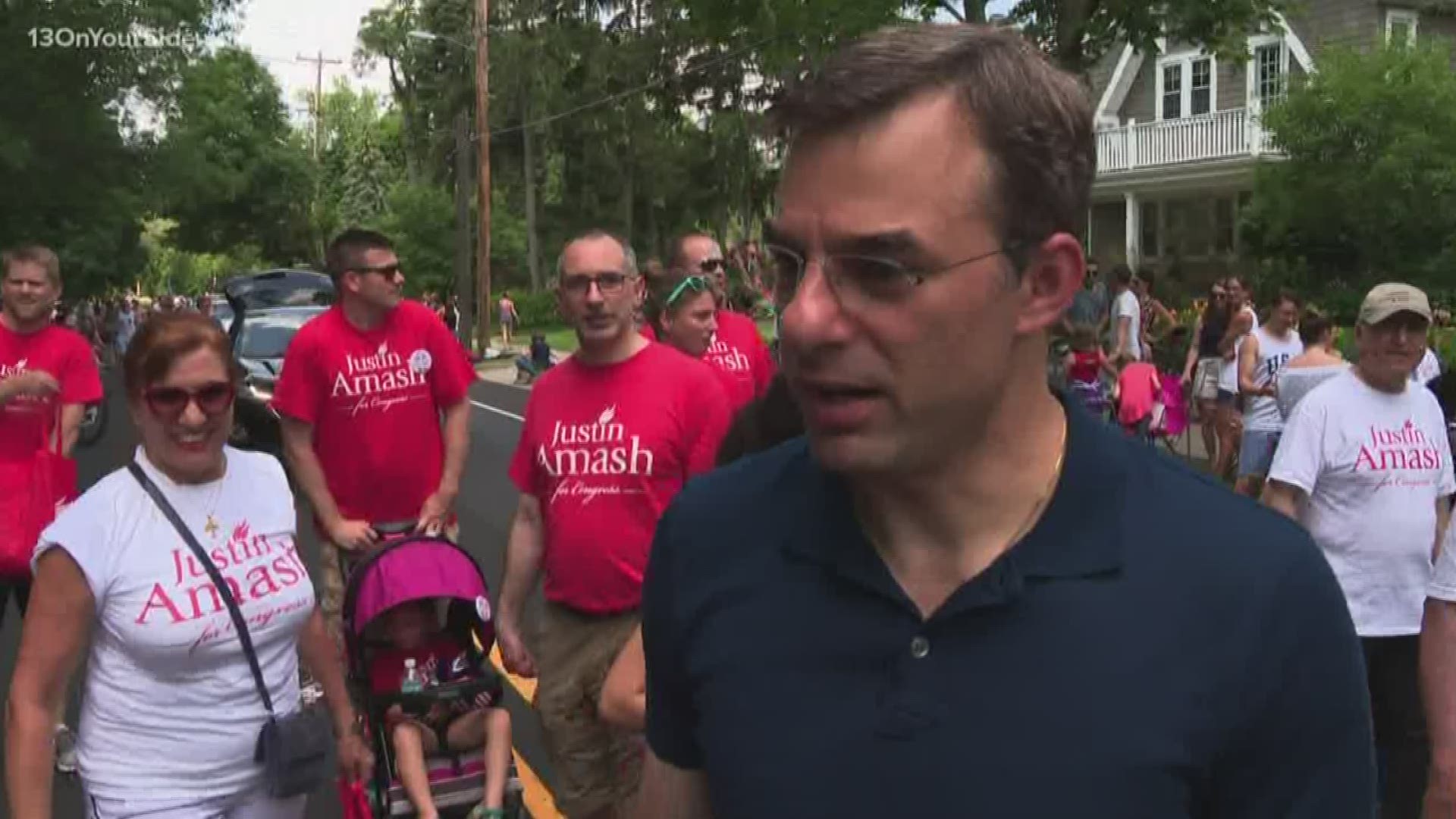 Rep. Justin Amash, the congressman from Michigan who became the first Republican member of Congress to call for the impeachment of President Donald Trump, has announced he is leaving the Republican party.

"Today, I am declaring my independence and leaving the Republican Party," Amash announced Thursday in an op-ed in the Washington Post. The piece largely focuses on criticism of the "us-vs.-them" two-party system that Amash says he sees as an "existential threat" to American institutions.

"No matter your circumstance, I’m asking you to join me in rejecting the partisan loyalties and rhetoric that divide and dehumanize us," Amash wrote. "I’m asking you to believe that we can do better than this two-party system — and to work toward it. If we continue to take America for granted, we will lose it."

Amash did not mention the President by name in the op-ed, but the move to leave the GOP comes after months of backlash from the President and Amash's colleagues after his comments about Trump's conduct as detailed in the report by former special counsel Robert Mueller on Russian interference in the 2016 presidential election.

RELATED: All by himself: Amash alone among GOP on impeachment
RELATED: Amash says AG Barr 'misled' Congress and the public regarding the Mueller report

Since mid-May, Amash has been in the spotlight after he published a 13-tweet thread that explained his conclusions on the Mueller report. The congressman said he read the whole report, and from what the Russia probe found, "President Trump has engaged in impeachable conduct."

Amash spoke with WZZM in an interview Thursday at a Fourth of July parade in Grand Rapids. He said the decision to leave the party "seemed like the right thing to do" as it got closer to Independence Day, but that he had been "thinking about it for a while now."

Amash left the House Freedom Caucus, a group he helped establish in 2015, earlier this month saying he didn't want to be a "further distraction for the group."

Amash is often described as Libertarian and detailed in his op-ed, "Most Americans are not rigidly partisan and do not feel well represented by either of the two major parties. In fact, the parties have become more partisan in part because they are catering to fewer people, as Americans are rejecting party affiliation in record numbers."

He wrote that in recent years, he's become "disenchanted with party politics" and frightened by what he's seen. "The two-party system has evolved into an existential threat to American principles and institutions."

In the last few weeks, a number of challengers have announced plans to run against  Amash, who has represented Michigan's Third Congressional District since 2010.

Trump celebrated Amash's announcement in a tweet, calling Amash disloyal and "A total loser!" Trump also repeated his claim that Mueller found no collusion or obstruction.

"Great news for the Republican Party as one of the dumbest & most disloyal men in Congress is 'quitting' the Party," Trump tweeted. "No Collusion, No Obstruction! Knew he couldn’t get the nomination to run again in the Great State of Michigan. Already being challenged for his seat. A total loser!"