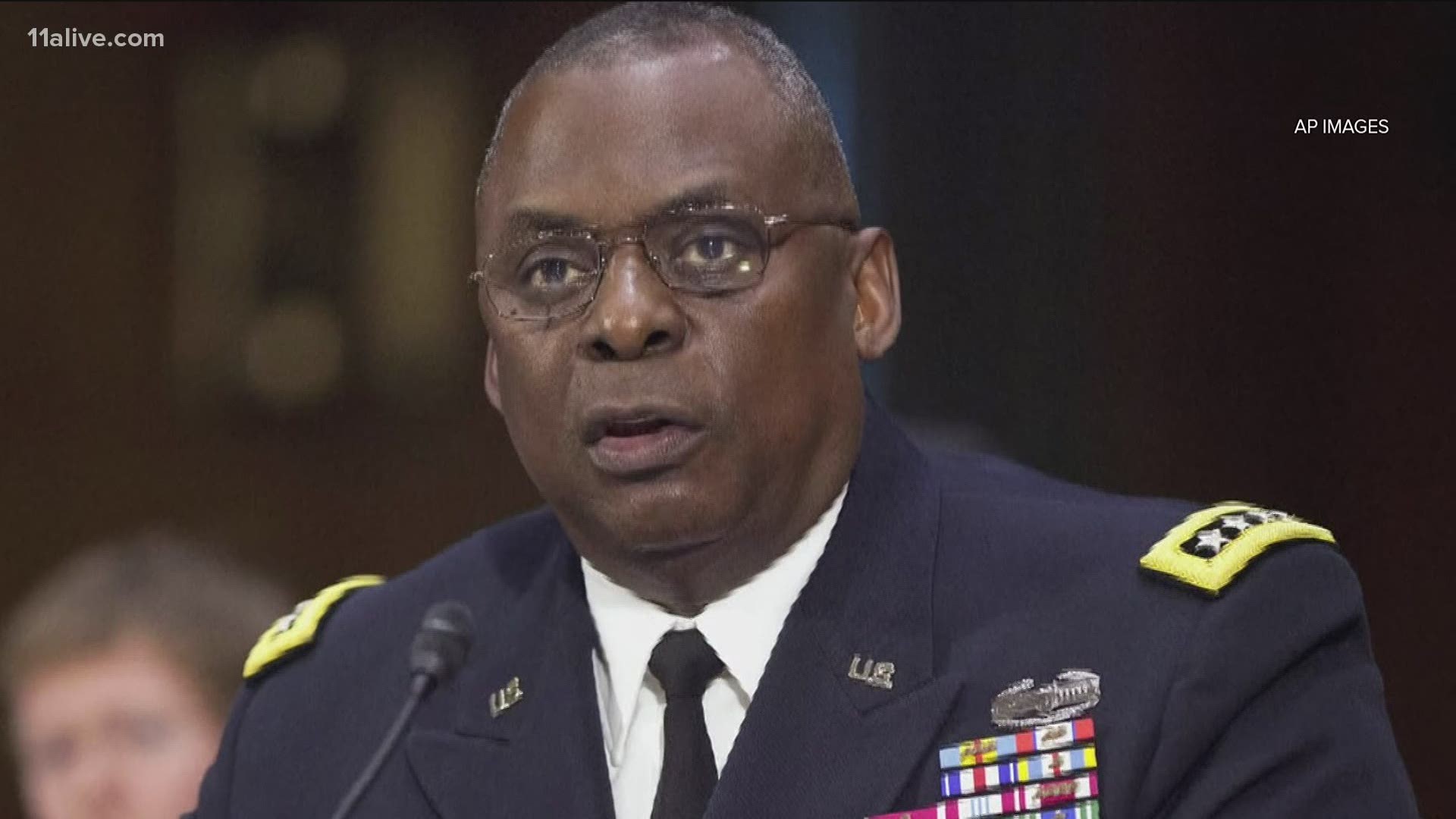 Lloyd J. Austin, a West Point graduate who rose to the Army's elite ranks and marched through racial barriers in a 41-year career, won Senate confirmation Friday to become the nation's first Black secretary of defense.

The 93-2 vote gave President Joe Biden his second Cabinet member; Avril Haines was confirmed on Wednesday as the first woman to serve as director of national intelligence. Biden is expected to win approval for others on his national security team in coming days, including Antony Blinken as secretary of state.

Biden is looking for Austin to restore stability atop the Pentagon, which went through two Senate-confirmed secretaries of defense and four who held the post on an interim basis during the Trump administration.

Before heading to the Pentagon, Austin wrote on Twitter that he is especially proud to be the first Black secretary of defense.

It’s an honor and a privilege to serve as our country’s 28th Secretary of Defense, and I’m especially proud to be the first African American to hold the position. Let’s get to work. pic.twitter.com/qPAzVRxz9L

Austin's confirmation was complicated by his status as a recently retired general. He required a waiver of a legal prohibition on a military officer serving as secretary of defense within seven years of retirement. Austin retired in 2016 after serving as the first Black general to head U.S. Central Command. He was the first Black vice chief of staff of the Army in 2012 and also served as director of the Joint Staff, a behind-the-scenes job that gave him an intimate view of the Pentagon's inner workings.

The House and the Senate approved the waiver Thursday, clearing the way for the Senate confirmation vote.

Austin, a large man with a booming voice and a tendency to shy from publicity, describes himself as the son of a postal worker and a homemaker from Thomasville, Georgia. He has promised to speak his mind to Congress and to Biden.

At his confirmation hearing Tuesday, Austin said he had not sought the nomination but was ready to lead the Pentagon without clinging to his military status and with full awareness that being a political appointee and Cabinet member requires “a different perspective and unique duties from a career in uniform.”

As vice president, Biden worked closely with Austin in 2010-11 to wind down U.S. military involvement in Iraq while Austin was the top U.S. commander in Baghdad. American forces withdrew entirely, only to return in 2014 after the Islamic State extremist group captured large swaths of Iraqi territory. At Central Command, Austin was a key architect of the strategy to defeat IS in Iraq and Syria.

Biden said in December when he announced Austin as his nominee that he considered him “the person we need at this moment,” and that he trusts Austin to ensure civilian control of the military. Critics of the nomination have questioned the wisdom of making an exception to the law against a recently retired military officer serving as defense secretary, noting that the prohibition was put in place to guard against undue military influence in national security matters.

Only twice before has Congress waived the prohibition — in 1950 for George C. Marshall during the Korean War and in 2017 for Jim Mattis, the retired Marine general who served as President Donald Trump's first Pentagon chief.

Austin has promised to surround himself with qualified civilians. And he made clear at his confirmation hearing that he embraces Biden's early focus on combatting the coronavirus pandemic.

"I will quickly review the department’s contributions to coronavirus relief efforts, ensuring we are doing everything we can — and then some — to help distribute vaccines across the country and to vaccinate our troops and preserve readiness,” he told the Senate Armed Services Committee.

Under questioning by senators, Austin pledged to address white supremacy and violent extremism in the ranks of the military — problems that received relatively little public attention from his immediate predecessor, Mark Esper. Austin promised to “rid our ranks of racists,” and said he takes the problem personally.

“The Defense Department’s job is to keep America safe from our enemies,” he said. “But we can’t do that if some of those enemies lie within our own ranks.”

Austin said he will insist that the leaders of every military service know that extremist behavior in their ranks is unacceptable.

“This is not something we can be passive on,” he said. “This is something I think we have to be active on, and we have to lean into it and make sure that we’re doing the right things to create the right climate.”

He offered glimpses of other policy priorities, indicating that he embraces the view among many in Congress that China is the “pacing challenge,” or the leading national security problem for the U.S.

The Middle East was the main focus for Austin during much of his Army career, particularly when he reached senior officer ranks.