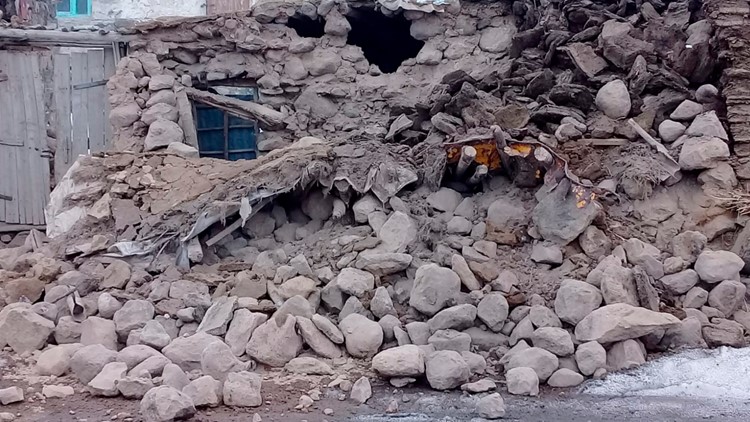 Photo by: AP
Houses are reduced to rubble after an earthquake hit villages in Baskale in Van province, Turkey, at the border with Iran, Sunday, Feb. 23, 2020. Turkish Interior Minister Suleyman Soylu said numerous people have been killed and several others wounded in Sunday's quake with more people trapped under debris. (IHA via AP)

The quake centered on the Iranian city of Khoy early Sunday and affected villages in the Turkish province of Van.

The Turkish interior minister told a news conference in Ankara that three children were killed in Turkey's Baskule district. No-one is left under the rubble, the minister adds. Turkish officials say at least 37 people have been wounded with some in critical condition.

Last month a quake centered on the eastern Turkish city of Elazig killed more than 40 people.