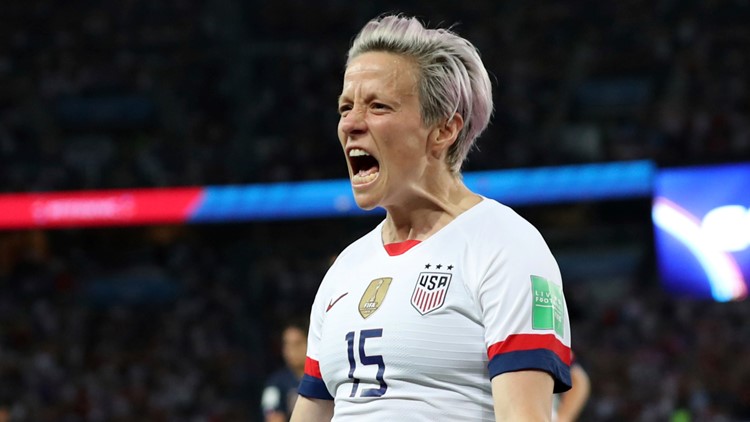 US beats France 2-1 in World Cup quarterfinal, gets England next

PARIS, France — The United States has defeated France 2-1 in their Women's World Cup quarterfinal match in Paris on Friday.

The defending champs' win over the host nation have them taking on England next. England beat Norway 3-0 Thursday.

Megan Rapinoe scored twice in the game, becoming the first U.S. player to make 4 consecutive goals at a Women's World Cup. Her netted penalty kicks gave the Americans a 2-1 win over Spain in the tournament's previous round of 16.

The U.S. captain's goals came in the fifth and 65th minutes, the earlier a free kick and the other a strike from the middle of the box.

French defender Wendie Renard's header in the 81st minute turned out to be too little too late for her nation.

The match had been described as a final in the quarterfinals, as France was among the teams expected to give the U.S. women a tough challenge. France had been undefeated in the tournament.

Statistics website FiveThirtyEight gave the U.S. just a 54% chance of winning the match over France.