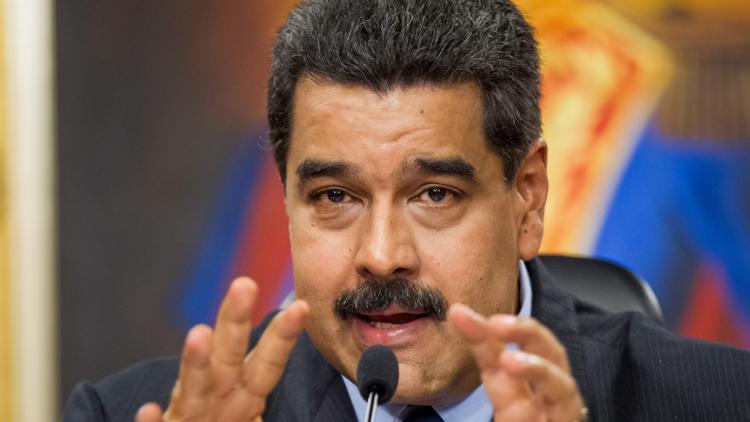 PHOENIX — Venezuelan President Nicolás Maduro and much of his cabinet were charged by the U.S. with crimes connected to narco-terrorism Thursday.

Among those charged is a former Venezuelan Air Force officer who allegedly conspired with workers at an Arizona company to smuggle engines for military aircraft back to Venezuela.

Oscar Rafael Colmenarez Villalobos, 51, was charged by Arizona with violations of the Arms Export Control Act.

He allegedly tried to obtain equipment for Venezuelan OV-10 Bronco aircraft, a propeller-driven, light-attack and reconnaissance plane, from the Arizona company that wasn’t named by the Department of Justice.

Villalobos allegedly also made false statements on export documents to avoid detection by the U.S. government.

The department also accused Maduro and officers of conspiring with Colombian rebels "to flood the United States with cocaine."

The U.S. State Department is offering rewards of up to $55 million for information leading to the arrests or convictions of Maduro and his associates.

Maduro’s presidency has been disputed since a controversial election in 2019, with the U.S. and western nations supporting Maduro’s opponent Juan Guaidó while Russia and China backed Maduro.

Meanwhile, civil unrest has gripped Venezuela as the country tries to curb unprecedented levels of hyperinflation.