Social media was filled with photos of the unusual orange sky and many people complained their cellphone cameras couldn't accurately capture the wild scene. 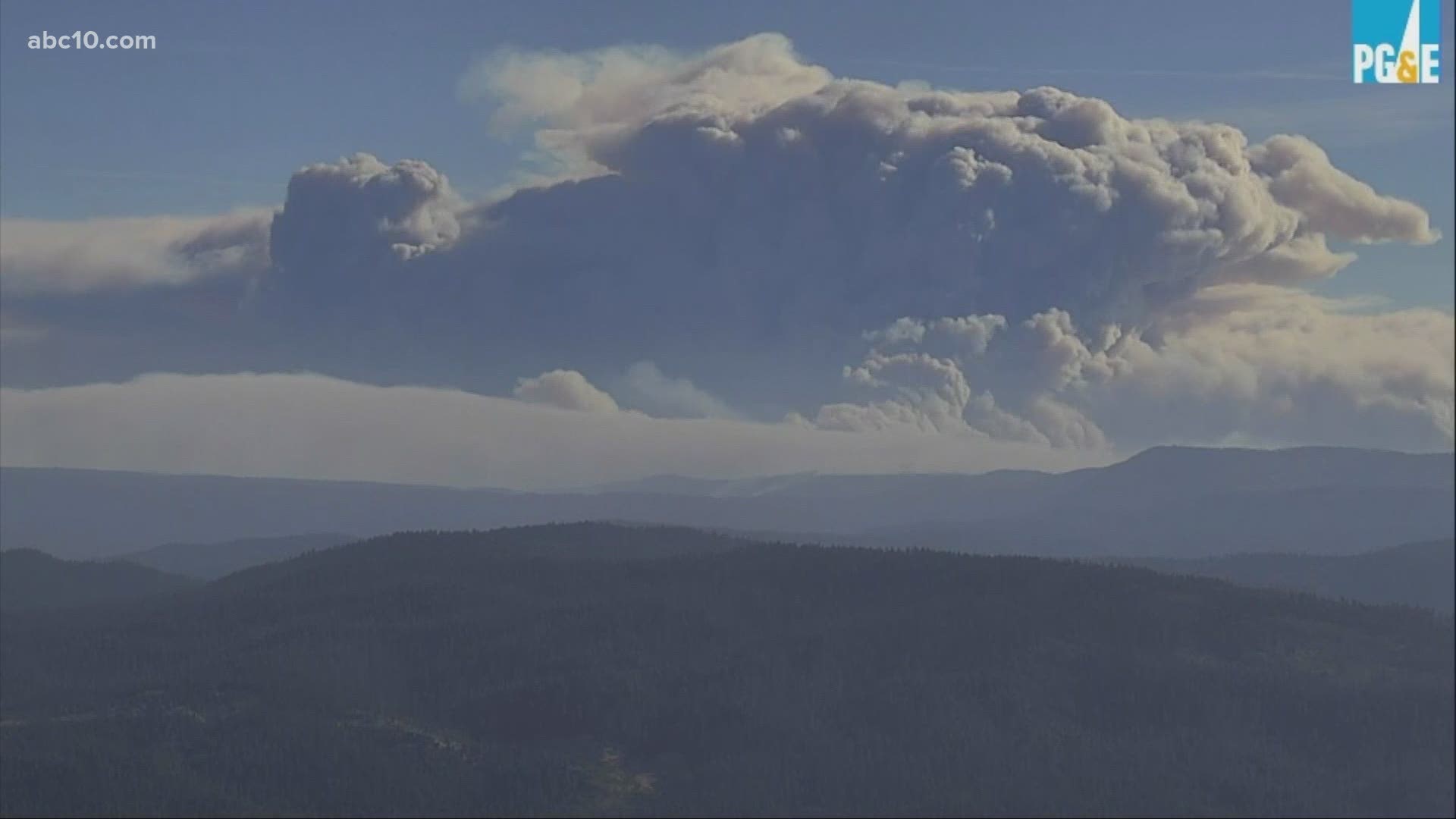 People from San Francisco to Seattle woke Wednesday to hazy clouds of smoke lingering in the air, darkening the sky to an eerie orange glow that kept street lights illuminated into midday, all thanks to dozens of wildfires throughout the West.

“It's after 9 a.m. and there's still no sign of the sun,” the California Highway Patrol's Golden Gate division tweeted, urging drivers to turn on their headlights and slow down.

Social media was filled with photos of the unusual sky and many people complained their cellphone cameras weren’t accurately capturing the golden hues.

Despite the foreboding skies, there was little scent of smoke and the air quality index did not reach unhealthy levels. That’s because fog drifting from the Pacific Ocean was sandwiched between the smoke and surface. Meanwhile, smoke particles above the marine layer were only allowing yellow-orange-red light to reach the surface, said Ralph Borrmann, a spokesman for the Bay Area Air Quality Management District.

Credit: AP
The skyline in the distance behind Crissy Field is barely visible with smoke from wildfires Wednesday, Sept. 9, 2020, in San Francisco. (AP Photo/Eric Risberg)

He said conditions were expected to remain until Friday; by then the district expects to issue its 25th consecutive Spare The Air alert requiring residents to cut pollution — the longest stretch since the program began in 1991.

The previous streak was a 14-day alert issued in 2018 when the Bay Area was choked by smoke from a fire that devastated the town of Paradise and killed 85 people.

This time, strong winds from the north and northeast pushed smoke from devastating wildfires in Oregon and Washington state into lower elevations, said Roger Gass, a meteorologist with the National Weather Service Bay Area.

“The sheer amount of smoke, the multiple layers of smoke above us in the atmosphere are combining to darken our sky,” he said.

Credit: AP
Patrick Kenefick, left, and Dana Williams, both of Mill Valley, Calif., record the darkened Golden Gate Bridge covered with smoke from wildfires Wednesday, Sept. 9, 2020, from a pier at Fort Baker near Sausalito, Calif. The photo was taken at 9:47 a.m. in the morning. (AP Photo/Eric Risberg)

Air quality warnings were issued throughout the Pacific Northwest, and people in communities from southern Oregon to north of Seattle have seen blood red skies and choking smoke.

“It was scary. Especially as red as the sky was,” said Patricia Fouts, who evacuated from a senior living center due to a massive fire east of Salem, Oregon.

Credit: AP
This photo taken from the home of Russ Casler in Salem, Ore., shows the smoke-darkened sky well before sunset, around 5 p.m., Tuesday, Sept. 8, 2020.

Gass said winds coming from the Pacific Ocean will likely continue to push the smoke across the West, worsening air quality.

In Denver, a thick blanket of haze covered the skyline Wednesday, obstructing mountain views typically visible from the city. The haze from fires across the West, including a blaze in western Colorado that is the largest in state history, led Colorado’s state health department to issue an air quality alert on Labor Day.

In Phoenix, the skies were finally blue on Wednesday after a cold front swept through the region, keeping the wildfire smoke west and southwest of Arizona. In Reno, Nevada, the skies were also blue for the first time in days after air quality reached the hazardous level a day earlier, prompting the Washoe County School District to cancel all in-classroom lessons.

The smoky skies, which have also plagued Salt Lake City, Seattle and cities in Oregon, brought one silver lining that has filled social media feeds: Spectacular sunsets with a reddish-orange sun popping amid grainy skies.

“Everybody wants to know, when is this going to get better," Gass said. "We have to remember as long as the fires keep burning they’re going to continue to produce smoke.”

Credit: AP
In this image taken with a slow shutter speed, embers light up a hillside behind the Bidwell Bar Bridge as the Bear Fire burns in Oroville, Calif., on Wednesday, Sept. 9, 2020.

Credit: AP
This satellite image provided by the National Oceanic and Atmospheric Administration (NOAA) at 15:31 UTC (7:31 a.m. PDT) on Wednesday, Sept. 9, 2020, shows brown smoke from wildfires blowing westward, from California's Sierra Nevada to the Coast Ranges and from Oregon at top left, affecting air quality throughout the West.