No bail granted for wife of drug kingpin 'El Chapo', US judge says

Emma Aispuro was also “engaged in planning yet another prison escape” before Guzman was extradited to the U.S. in January 2017, the Justice Department says. 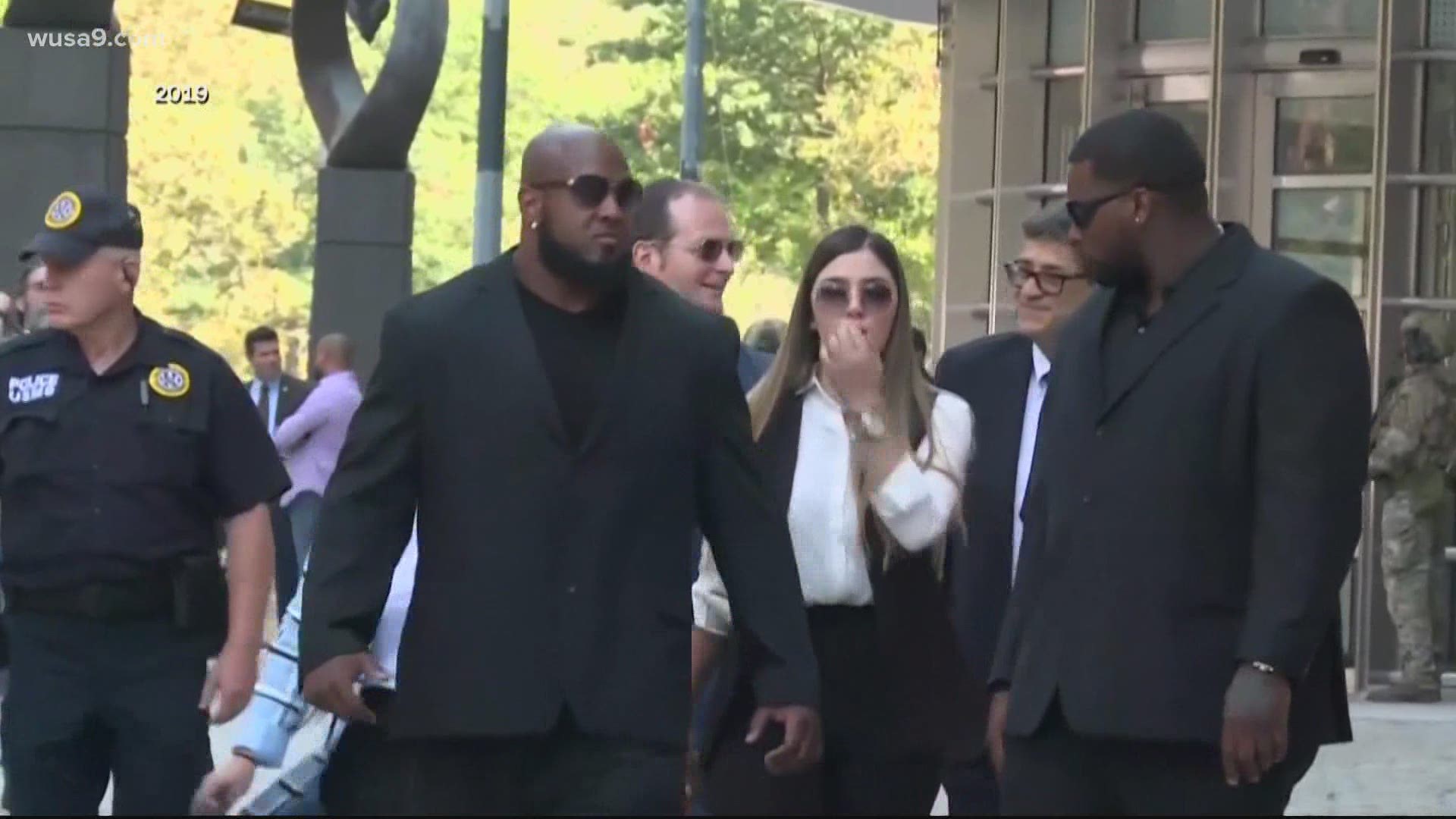 WASHINGTON — A federal judge has ordered the wife of Mexican drug kingpin Joaquin “El Chapo” Guzman to remain temporarily jailed after she was arrested and accused of helping her husband run his multibillion-dollar cartel and plotting his audacious escape from a Mexican prison in 2015.

She was arrested in the United States on Monday. The Justice Department says 31-year-old Emma Coronel Aispuro, a dual citizen of the U.S. and Mexico, was arrested at Dulles International Airport.

Coronel is the mother of the couple’s school-age twin daughters. Her husband was sentenced to life behind bars in 2019.

Aispuro was also “engaged in planning yet another prison escape” before Guzman was extradited to the U.S. in January 2017, the Justice Department said.

U.S. Magistrate Judge Robin Meriweather explained the charges to Coronel, who spoke to the judge through a Spanish interpreter. She said prosecutors had provided sufficient reason to keep Coronel behind bars for now and noted that her attorney had consented to the temporary detention.

Prosecutor Anthony Nardozzi said the U.S. government believed that Coronel should remain jailed, arguing that she “worked closely with the command-and-control structure” of the Sinaloa cartel, particularly with her husband. Nardozzi said she conspired to distribute large quantities of drugs, knowing that they would be illegally smuggled into the U.S.

Mexican drug trafficker Joaquin Guzman Loera aka 'el Chapo Guzman' (C), is escorted by marines as he is presented to the press on February 22, 2014 in Mexico City. (ALFREDO ESTRELLA/AFP/Getty Images)

Nardozzi said Coronel had access to criminal associates, including other members of the cartel, and “financial means to generate a serious risk of flight.” If convicted, she could face more than 10 years in prison.

Her arrest was the latest twist in the bloody, multinational saga involving Guzman, the longtime head of the Sinaloa drug cartel. Guzman, whose two dramatic prison escapes in Mexico fed into a legend that he and his family were all but untouchable, was extradited to the United States in 2017 and is serving life in prison.

As Mexico’s most powerful drug lord, Guzman ran a cartel responsible for smuggling mountains of cocaine and other drugs into the United States during his 25-year reign, prosecutors said in recent court papers. They also said his “army of sicarios,” or “hit men,” was under orders to kidnap, torture and kill anyone who got in his way.

His prison breaks became the stuff of legend and raised serious questions about whether Mexico's justice system was capable of holding him accountable. In one case, he escaped through an entry under the shower in his cell to a milelong (1.6-kilometer-long) lighted tunnel with a motorcycle on rails. The planning for the escape was extensive, prosecutors say, with his wife playing a key role.