May is National Bike Month, and on Thursday, San Diego cyclists lobbied for more money for bike lanes in San Diego. 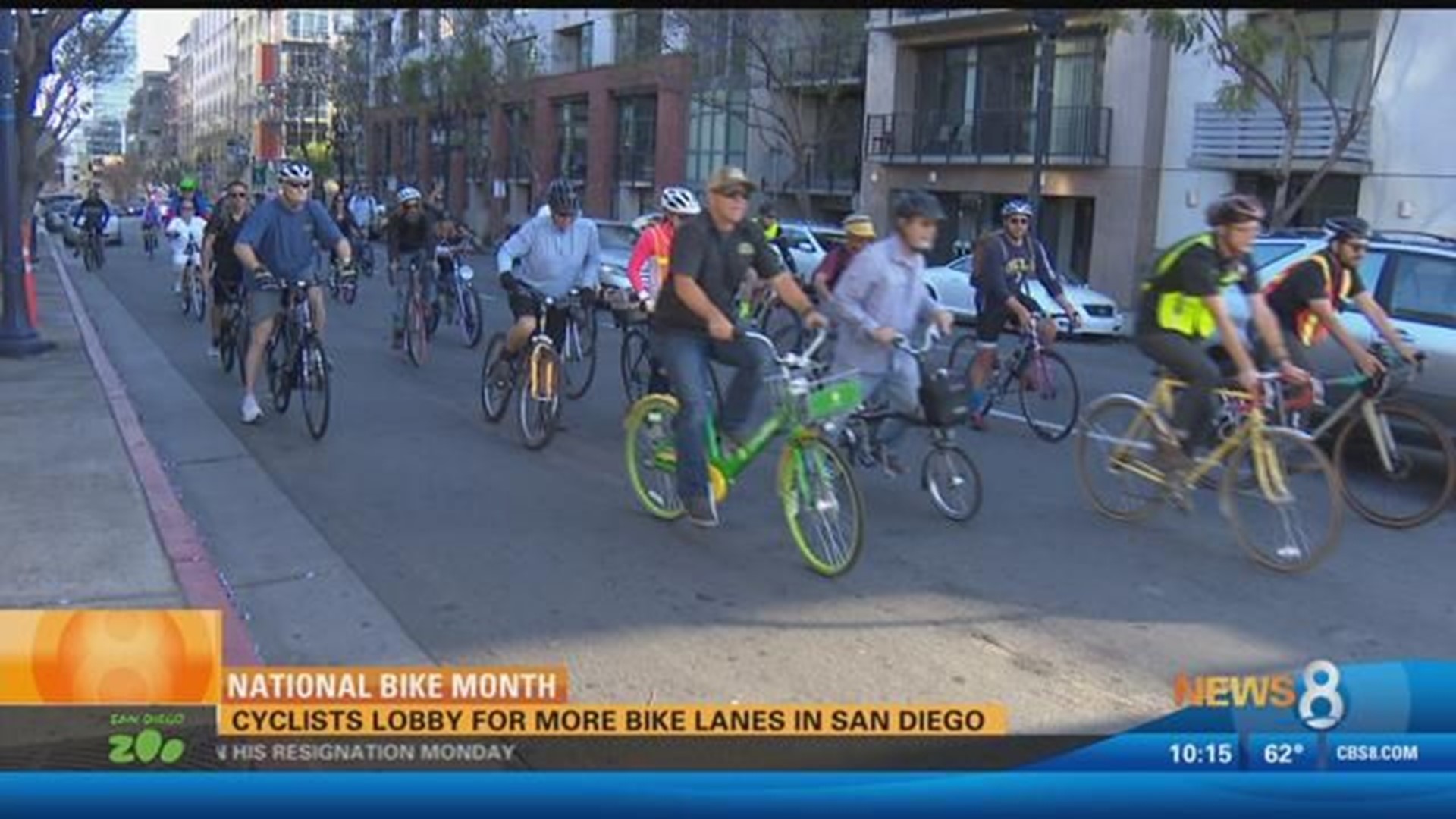 More than two dozen pedaled for their cause along a newly opened path linking Hillcrest and the East Village.

“We are celebrating progress that we are making throughout San Diego – a truly amazing place to ride bikes,” said Andy Handshaw, director of the San Diego Bicycle Coalition.

A pool of about 30 cyclists from the San Diego County Bicycle Coalition rode from The Quartyard at 13th and Market all the way up to Hillcrest on the new bike path.

Areas where San Diego has its highest ridership also includes University Avenue down to the East Village.

“It’s the next generation of bike lanes. It’s not just white paint on the street,” said Handshaw.

On Thursday, the non-profit “People for Bikes” ranked San Diego ninth for the best city to bicycle, but advocates said more work needs to be done and more awareness to share the road.

“There is a lot of bike shamming. I think understanding the importance of it being some people’s only transportation,” said Sara Cardoza.

While some call dockless bikes a nuisance, mobility advocates said they have increased ridership.

SANDAG is also working on a $200 million investment in a regional bike plan.