Law enforcement agencies across San Diego County on Tuesday were out in full force looking to forge new relationships with the communities they serve as part of the annual National Night Out. 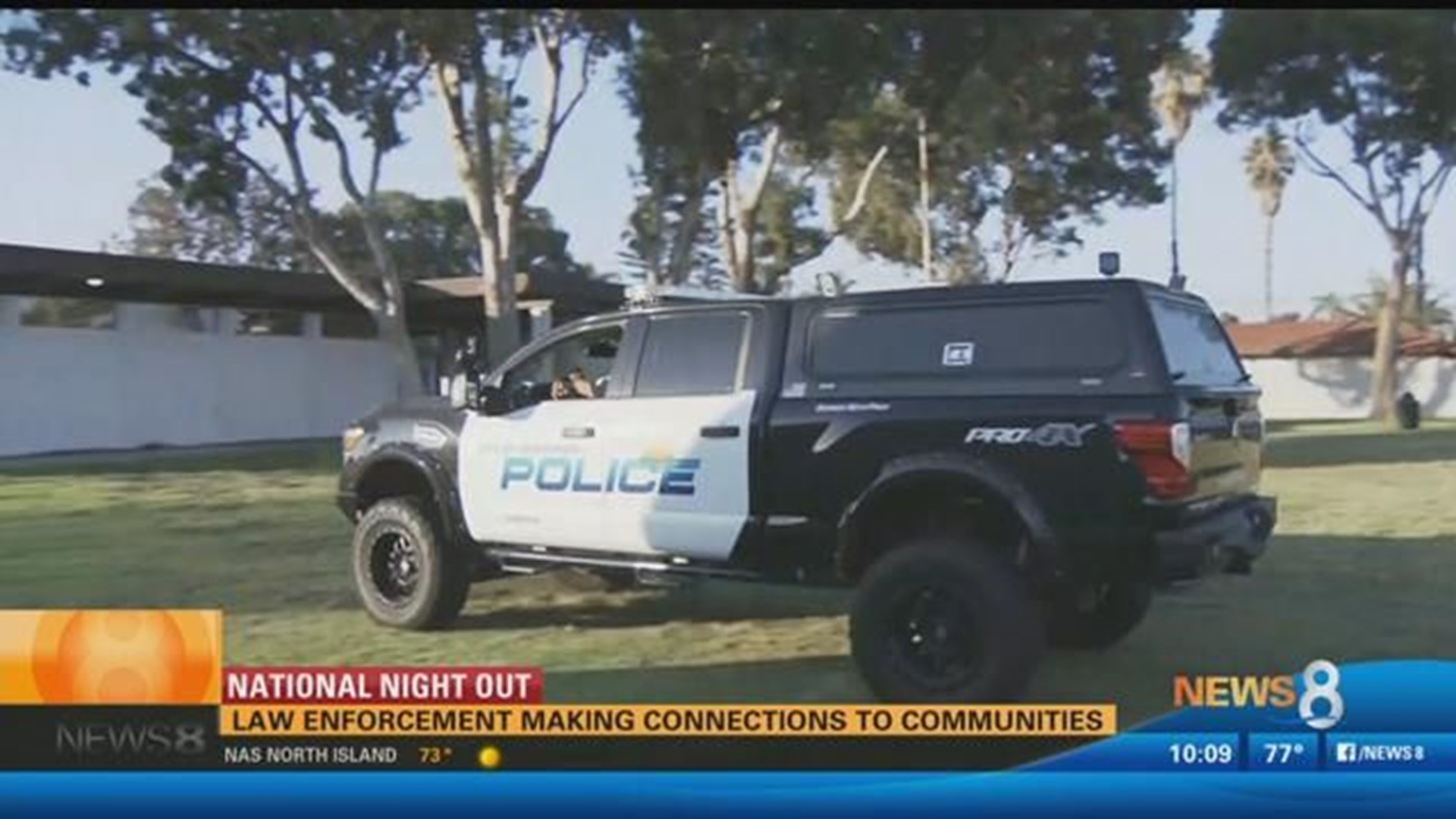 SAN DIEGO (NEWS 8) – Law enforcement agencies across San Diego County on Tuesday were out in full force looking to forge new relationships with the communities they serve as part of the annual National Night Out.

National Night Out allows police, city leaders and residents to come together and promote crime prevention and strengthen relations and security.

“We need more police officers on foot in this community [Ocean Beach] like it used to be,” said Wayne Simad, an Ocean Beach resident.

Ocean Beach will have two solar lights installed at the park on Saratoga and Ebers as part of Councilmember Lorie Zapf’s work. “We can shine the light on activities, and when you shine the light on the darkness, things just happen to go away.”

Simard is a volunteer crossing guard at Ocean Beach Elementary. He said he has had to shoo-off transients and has had to pick up hypodermic needles, liquor bottles before children arrive at the park. “To keep them out and having it lit up, I have been wanting this for years. It's going to keep a lot of people away from the area.”

In La Mesa, eight-year-old Alex was excited about showcasing his great neighborhood on Westpoint Avenue. “It’s a small community. Stairs have been painted, everything is really calm here,” he said.

Tuesday’s message was one of commitment from law enforcement and residents to protect their neighborhood.

“We feel like we have each other’s back here. We all look out for each other and a strong sense of community here in La Masa,” said Laura Santos.

This year marks the 35th National Night Out involving 38 million neighbors across the country.