Former Marine plays his trumpet on the streets of San Diego

Keith, a former Marine, plays for tips as he struggles with temporary homelessness. 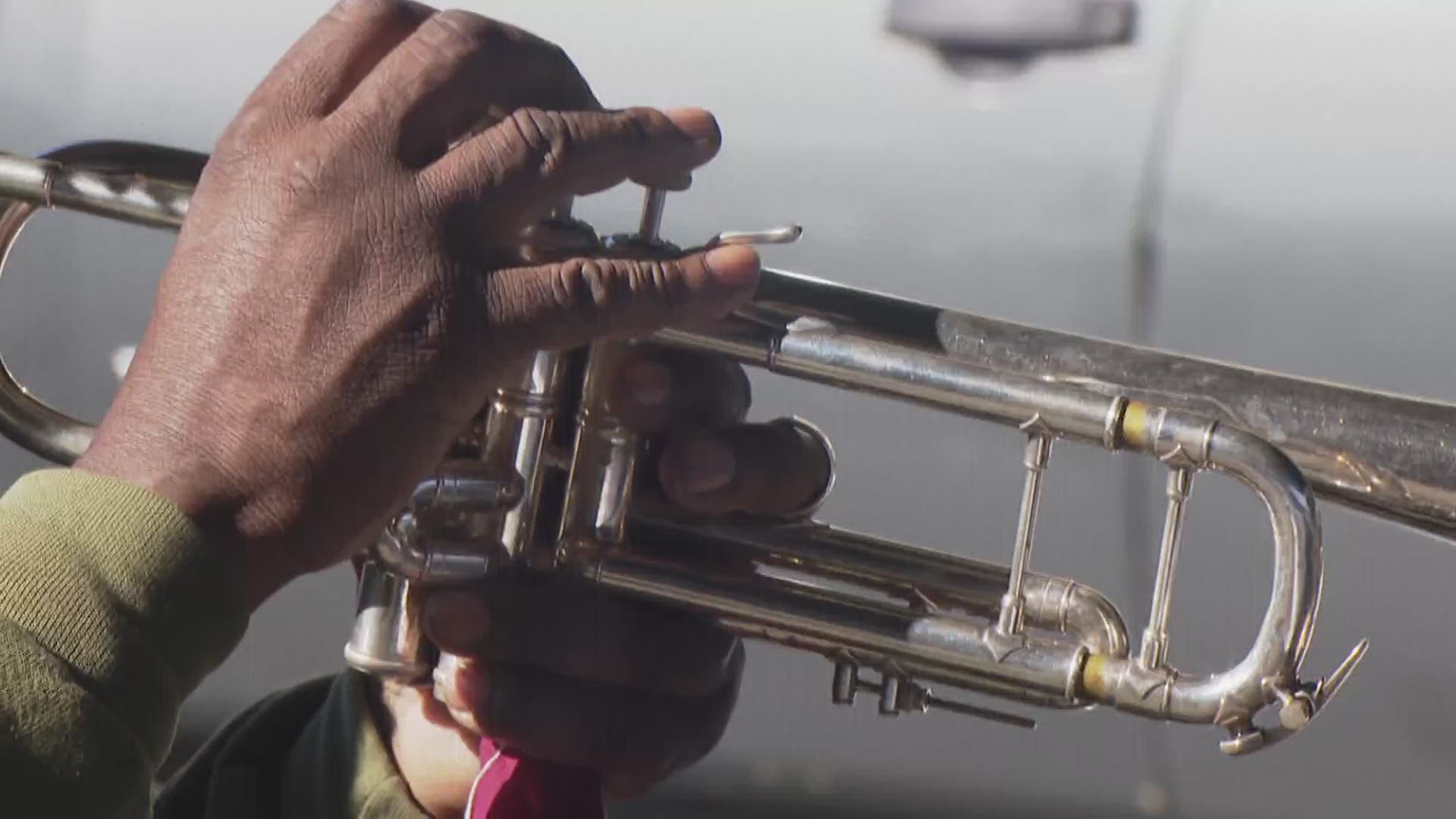 SAN DIEGO COUNTY, Calif. — His name is Keith Johnson and you may have seen him playing his trumpet on the streets in San Diego.

Keith, a former Marine, plays for tips as he struggles with temporary homelessness. News 8’s photojournalist, Erik Swanson, saw Keith playing his trumpet on the street and decided to stop and hear his story.

Keith said he enjoys seeing different faces as people drive by and thanks everyone who takes the time to stop and help him out.

“That’s a good thing, everybody stops. I get a chance to share my music and I really appreciate it,” he said.

Keith started playing when he was in elementary school. He said he never strays to far from his trumpet because playing is like therapy.

“I had to go back to my first love – music. You can’t go wrong with music,” he said. “Keep jazz and blues alive, that’s what I’m trying to do.”

Keith served our country from 1978 to 1981. He said he makes sure he stays focused on the positive things, not the negative. And if he does get depressed, he just plays his horn.