The filing says his attorneys, along with United American Patriots, attempted to delay the case in an effort to maximize fundraising for the nonprofit. 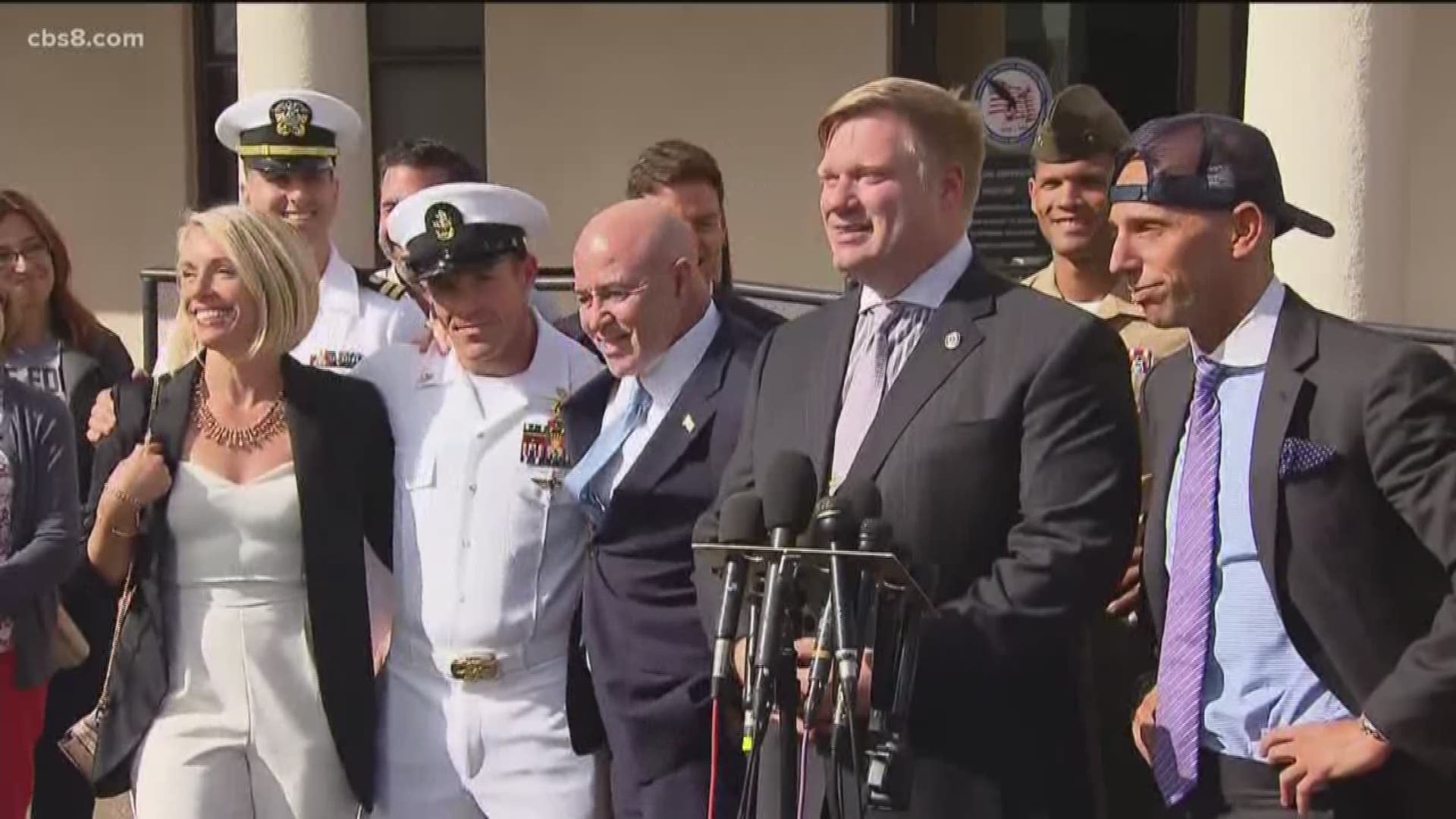 SAN DIEGO — A Navy SEAL acquitted in a war crimes trial has sued two of his former attorneys and a military legal defense nonprofit.

The San Diego Union-Tribune says the lawsuit filed Friday in Texas by Petty Officer 1st Class Edward Gallagher claims his case was not defended properly. The filing says attorneys Colby Vokey and Phillip Stackhouse, along with United American Patriots, attempted to delay the case in an effort to maximize fundraising for the nonprofit.

Stackhouse said he has not yet read the complaint. David Gurfein, CEO of UAP, said he hasn't read it either. A lawyer for Vokey did not address the complaint in an email to the newspaper Saturday.

A military jury in July cleared Gallagher of murder. He was convicted of a single charge of posing for photos with a 17-year-old militant's corpse.

RELATED: Navy SEAL acquitted of murder in killing of captive in Iraq

RELATED: Edward Gallagher trial: Prosecutor tells jury to use SEAL's own words to convict him