Going It Alone: The impact of the pandemic on members of the military this holiday season

"I try to keep my mind off it as much as I can so I don't get into dark places," said Petty Officer Friedrich Dodge. 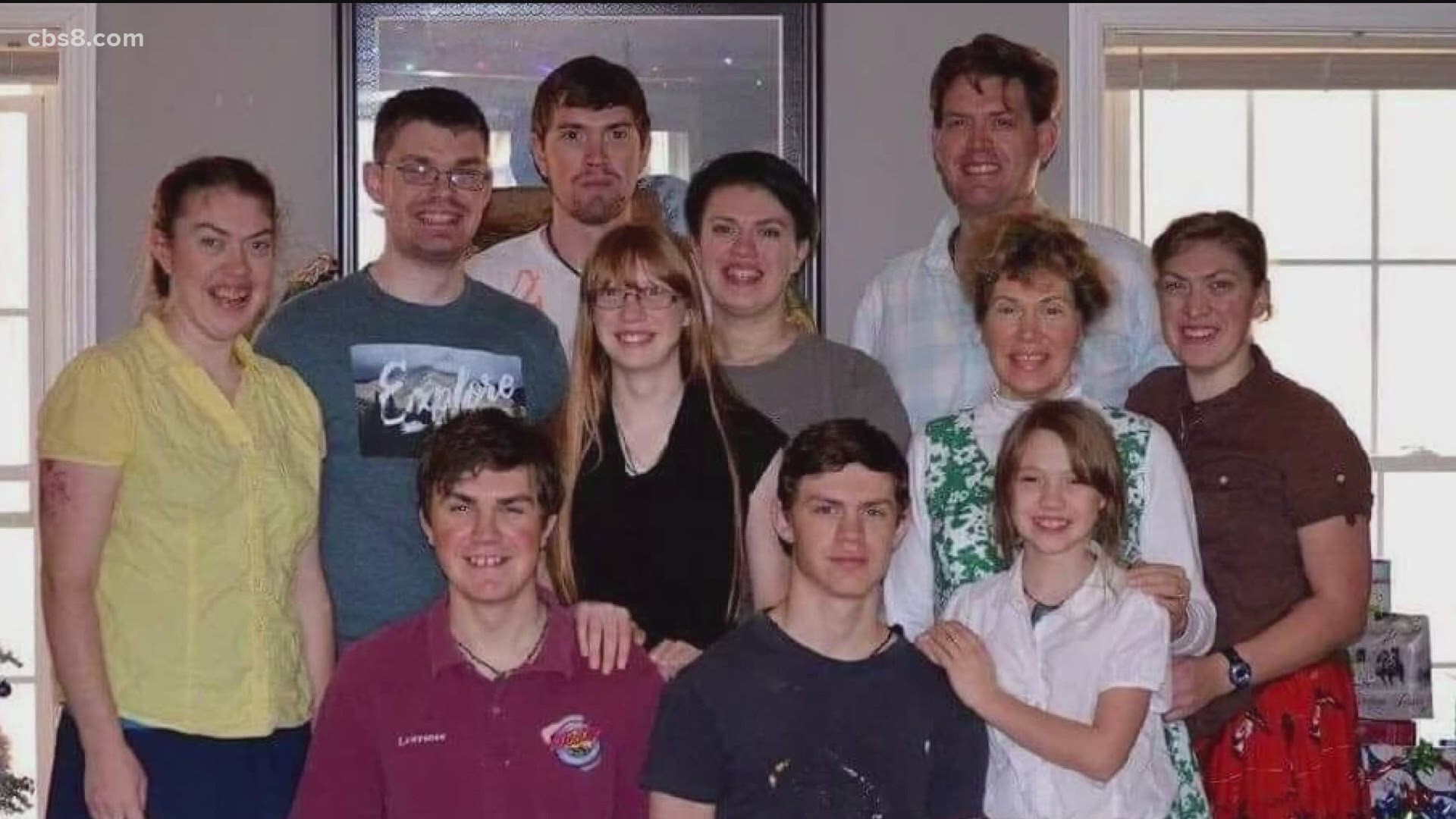 SAN DIEGO — Spending the holidays away from loved ones is hard for everyone, but for some members of the military, there's an added layer of sadness this year.

They already spend months away from their families-- and sometimes the holidays are the only time they ever get to see their loved ones.

20-year-old Petty Officer Friedrich Dodge hasn't been home to Tennessee in more than a year. He was hoping to see his parents and siblings for the holidays, but due to the pandemic, he was told he can't fly home.

"I try to keep my mind off it as much as I can so I don't get into dark places," he said. "I keep reminding myself when I do go home it's gonna be great."

"I already had a plane ticket and everything, but once my command said 'No you can't go home,' honestly I did get a little depressed about it," said Dufour.

"I can't leave my barracks room," said Dodge. "So it's home to work, work to home, so I'm pretty sure after work slows down for me it's going to hit me pretty hard."

Dodge is one of nine kids in his family. He has two little sisters.

"All of my brothers are in the military, so none of us are able to go home to see the family, so it definitely has been difficult for us," he added.

Both men will remain at Naval Base San Diego for the holidays.

For Petty Officer Dodge - 2020 has been especially tough - he was assigned to the Bonhomme Richard, which erupted in flames back in July. Recently the Navy made the decision not to rebuild it.

"It has definitely a learning experience," he said. "It has taken me places I never thought I would go, mentally and emotionally,"

Statistics on the toll the pandemic is taking on the mental health of members of the military won't be available until next year. But preliminary reports indicate the number of suicides of active duty members has increased this year compared to last year.

"I'm concerned of what we're going to look like over the next few months and years at the other end of this. I just don't think we know," said Maj. Gen. Dawne Deskins.

"With the military, it's always amplified there's always another layer to it because they're constantly looking at the rotation of the deployment cycle are we working up to deploy are we deployed are we returning and right there on the horizon we're looking at what's next," said USO San Diego Executive Director Ashley Camac.

Camac, a military spouse herself, said USO San Diego is busier than ever this year, providing support and services to service members and their families.

"Those layers on top of a global pandemic, I think it's really something that has been highlighted with every conversation we have with our service members and families that we're serving," said Camac.

She encourages any service member who is struggling to reach out to the USO. If you know a member of the military, supporting them is simple.

"Just thank them for their service, that goes a really really long way," she said.

Both Dufour and Dodge said what they want their brothers and sisters in uniform to remember this pandemic won't last forever. There's nothing to be ashamed of with asking for help.

"Reach out to someone, reach out to your command," said Dodge. "I know sometimes it feels like they don't care, they do care. I'm a living witness of that. They definitely care about you."

"We're all going through hard times right now. You guys are not alone through this struggle right now," he added.

"Keep going through life every day, roll with the punches and do better the next day," said Dufour.

If you are a member of the military, there are several organizations that can help. For a full list, click here.

RELATED: Going It Alone: Here are mental health services available for those struggling

RELATED: Going It Alone: Young people struggling with addiction during the holidays

As we close out 2020 and enter into the holiday season, many people are isolated from family and friends because of COVID-19. We will explore the impact of isolation on mental health in our series Going It Alone.

We’d also like to hear from you if you're Going It Alone this holiday season.

If you want to share your story or have us address a specific topic, please send an email to yourstories@kfmb.com and add Going It Alone in the subject line.