The 296 days deployed is the most extended carrier deployment since Vietnam. 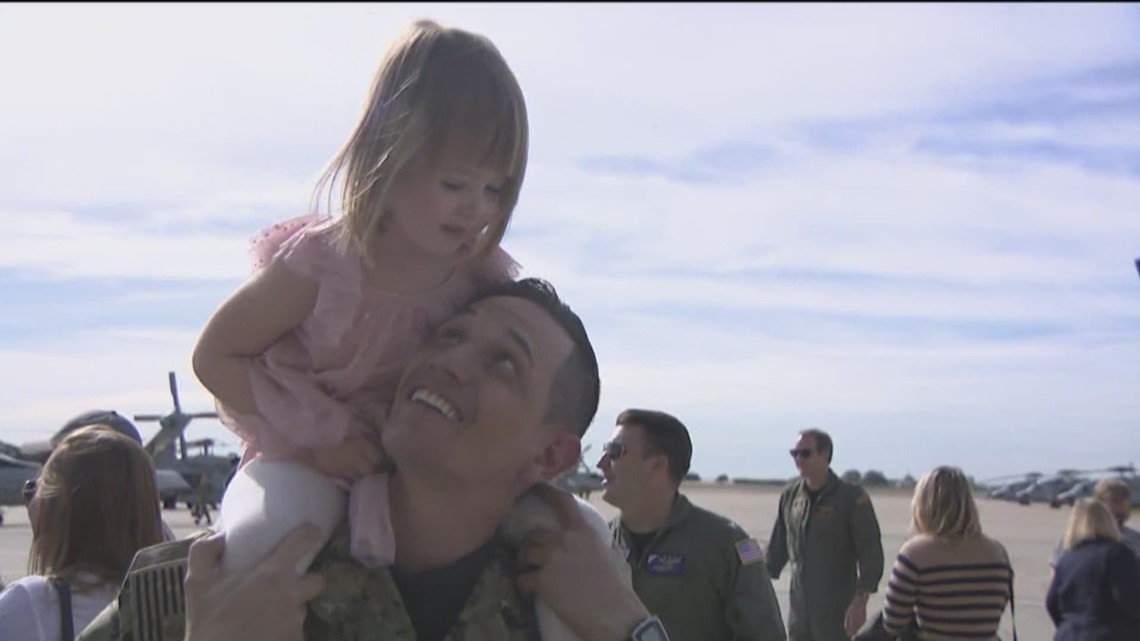 CORONADO, Calif. — San Diego is welcoming back the 'Griffins' of HSM-79 on Sunday with their return to Naval Air Station (NAS) North Island after a 296-day deployment.

The helicopter squadron was part of the Abraham Lincoln Carrier Strike Group and had completed a 10-month, around-the-world deployment in the U.S. 6th, 5th, and 7th Fleet areas of operation.

The squadron was originally scheduled to be back home in port in October 2019 but was extended four additional times.

"It's been hard especially the holidays. They were definitely different without her here. It's been difficult, but we're excited to have her home," said Elizabeth Koenig, who flew in from Dallas to greet her sister, Elena Whitton.

According to a release by the Naval Air Force, U.S. Pacific Fleet, the Griffins flew 1465 flights, totaling 3753 hours during the deployment. The 296-day deployment is the most extended carrier deployment since Vietnam. HSM-79 flew from Coronado to Norfolk, Va. to join the USS Lincoln and left on April 1, 2019.

The deployment took them through some of the most contentious regions of the world. The Navy says HSM-79 was "instrumental in deterrence of Iran" and said the squadron helped provide 250 days of continuous 24-hour airborne armed surveillance and reconnaissance in the region for the Abraham Lincoln and her escort ships.

"I'm a very emotional person, so on the flight in, as soon as I saw San Diego from the coast, I was like 'oh gosh, don't cry. Don't cry.' Seeing them, I'm overjoyed. I cannot believe I'm back. It's really exciting," said Whitton.

The HSM-79 arrived a day before the rest of the strike group. Approximately 3,000 sailors will arrive at North Island on Monday.