"We feel like we need to find a way to bring everyone together," one homeowner said. 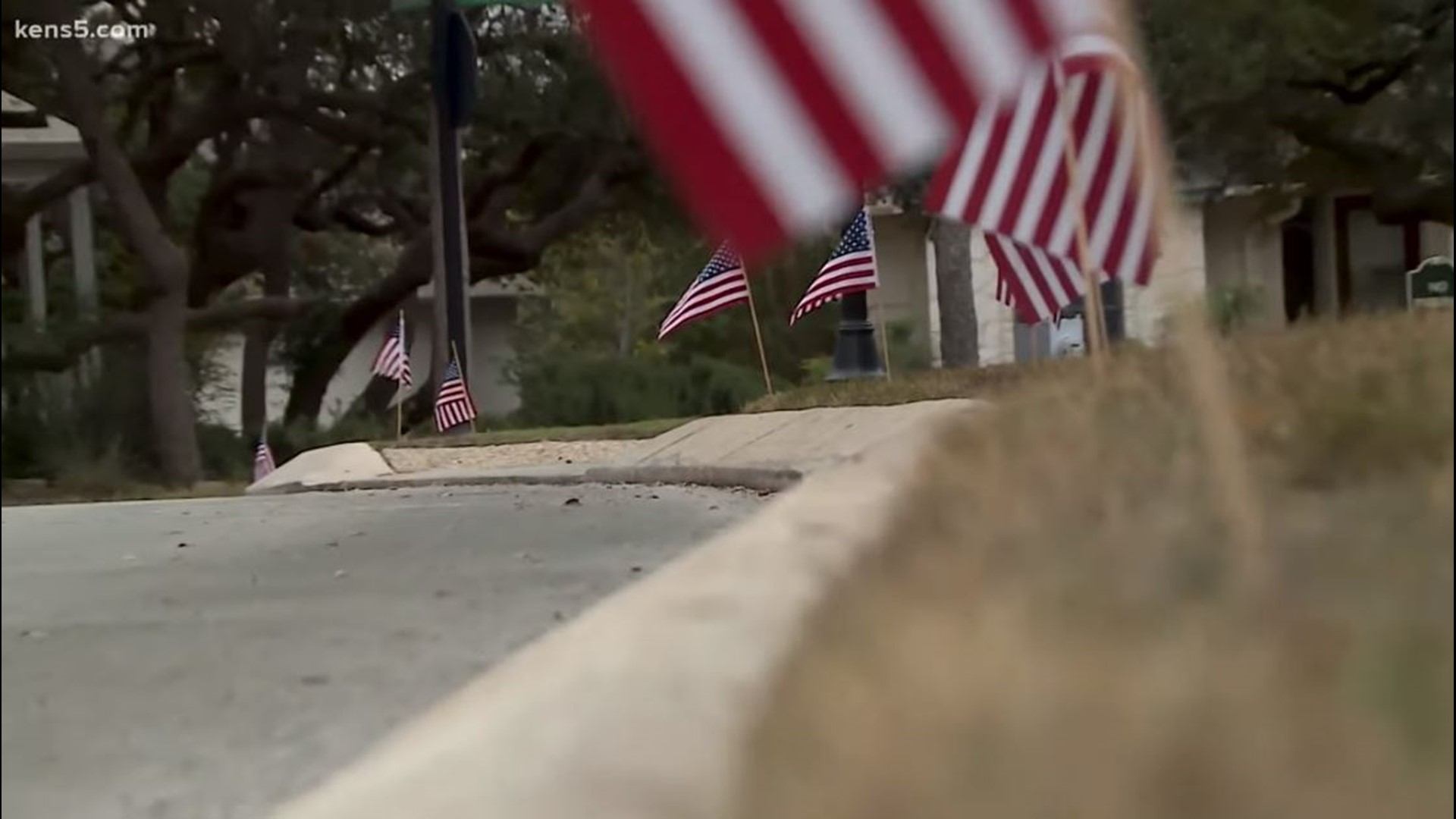 "The thing that I'm most proud of, more grateful for than anything else, is just to be an American," Gilliam said.

Together, they cover every street in stars and stripes. It's a special "Thank you" to the brave men and women who serve.

The flag is a symbol of unity that many of us haven't felt in a while, especially during this election season.

"They're important because they're a symbol of what this country is all about and what it should be," said Bennie Newman, a U.S. Air Force veteran and Rosehart HOA president.

Newman said that's given greater meaning to what they do.

"What's going on in the country is a lot of divisiveness," Newman said. "We feel like we need to find a way to bring everyone together."

There are three to four flags placed in front of each home. Every flag is a promise for a brighter, bipartisan future.

While the tradition remains the same, there's something new this year. One large flag stands taller than the rest.

It's a message from one neighborhood for the entire nation to hear.