'It means everything to us' | Military funerals resume in San Diego

Both Miramar and Fort Rosecrans National Cemeteries suspended all services with full military honors when the COVID-19 pandemic hit. 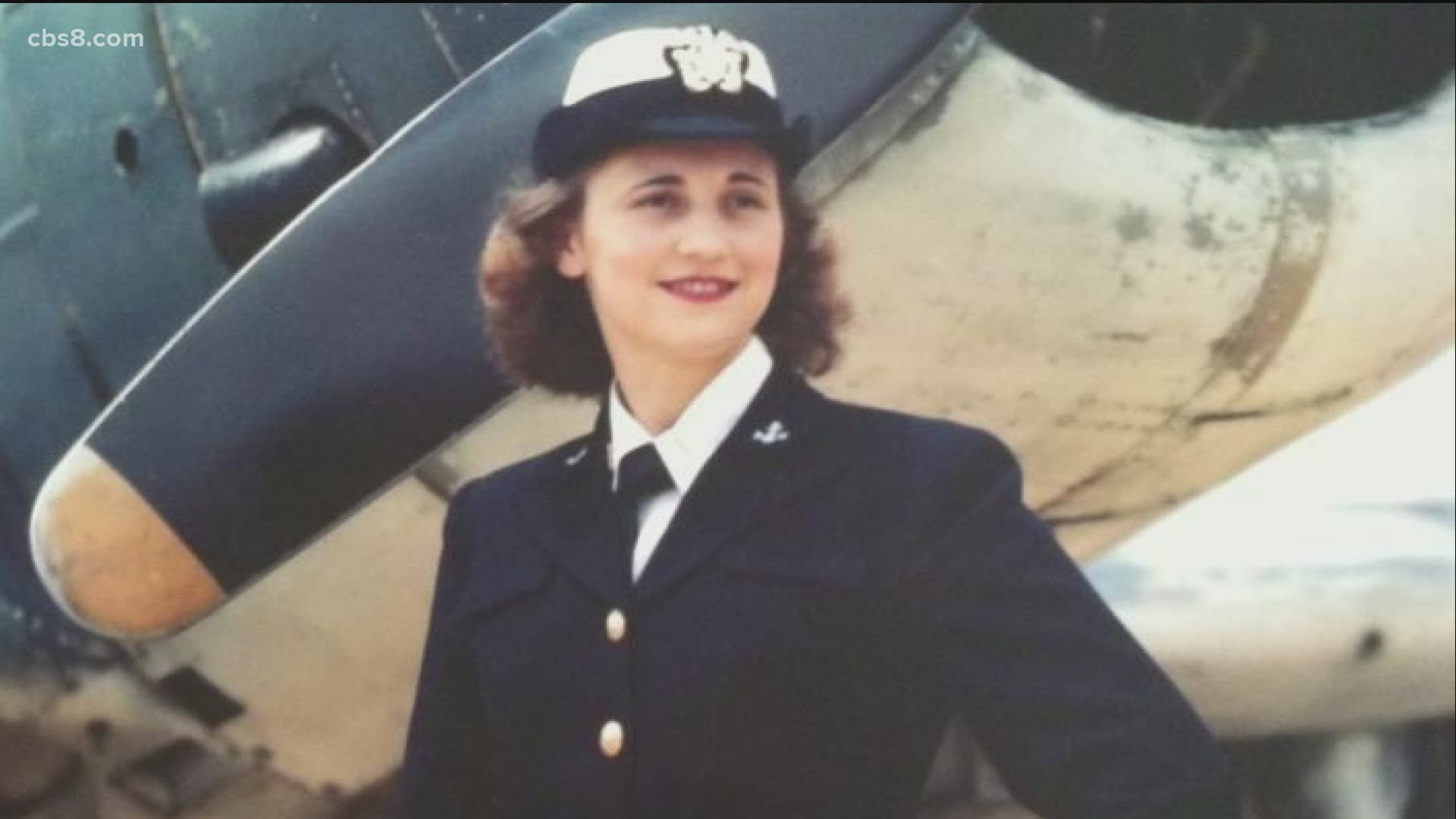 SAN DIEGO — When Dr. Sylvia Tucker passed away in February, the Navy veteran’s family had plans for the perfect funeral service. It included a burial with full military honors at Miramar National Cemetery, followed by a gathering with hundreds of family members and friends for a positive celebration of her life.

But just as all the plans were coming together, the coronavirus was starting to hit San Diego County hard and that changed everything.

Sylvia joined the Navy in the middle of World War II to serve her country in its time of need.

“She was devoted to God, military and family. Those were her three main stances in life,” said Bob, who is understandably very proud of his mom. “She was so smart, so prescient, and yet so humble.”

Sylvia grew up on a farm in Iowa, put herself through college, served her country and eventually went on to have a long career in education. So, when she died in February at the age of 98, Bob had one goal: to make sure his mom got the burial she always wanted.

“She had requested, and almost demanded, that she be carried to her resting place in a horse drawn carriage," said Bob.

When Miramar National Cemetery halted its traditional ceremonies, it left Bob’s family in limbo with no final resting place for his mom’s ashes.

“The last thing you want to have happen is have your mother or father or whoever it is you want to put to rest - just languishing somewhere in a mortuary or a funeral home and not being able to give them the respect that they're due," said Bob.

It was stressful for families and the cemetery’s staff.

The Army veteran said the shutdown affected about 1,000 local families.

“People have been very gracious," said Howard. "The San Diego community has been fantastic helping us work through the issue and maintain a certain balance between respect and dignity and safety.”

Families were given the option to have a burial right away and then have a memorial service later, but like many others, Bob chose to wait. This week, his patience was rewarded with the ceremony at Miramar that his mom wanted and earned.

“Today was one of the most special days of my life when it concerns my mother,” Bob said after the emotionally powerful ceremony.

Both local cemeteries are doing traditional burials again, with a twist. You must wear a mask and, to ensure social distancing, there's a strict limit on the number of people who can attend. Bob's brother, Britt, came down from Oregon and said the wait was definitely worth it.

“To have her honored this way is - it's everything,” Britt Tucker said. “It's just everything. It means everything to us.”

And that gathering with hundreds of friends and family? It's still going to happen - next June - on what would have been Dr. Tucker's 100th birthday.

.@DeptVetAffairs National Cemeteries have resumed committal and memorial services halted by the #COVID19 pandemic. The number of attendees will be determined based on state and local health guidance. Masks and physical distancing apply. pic.twitter.com/vV2m8A5hrf