City Councilman Scott Sherman cast the lone vote against the resolution because he never supports resolutions regarding state and federal matters. 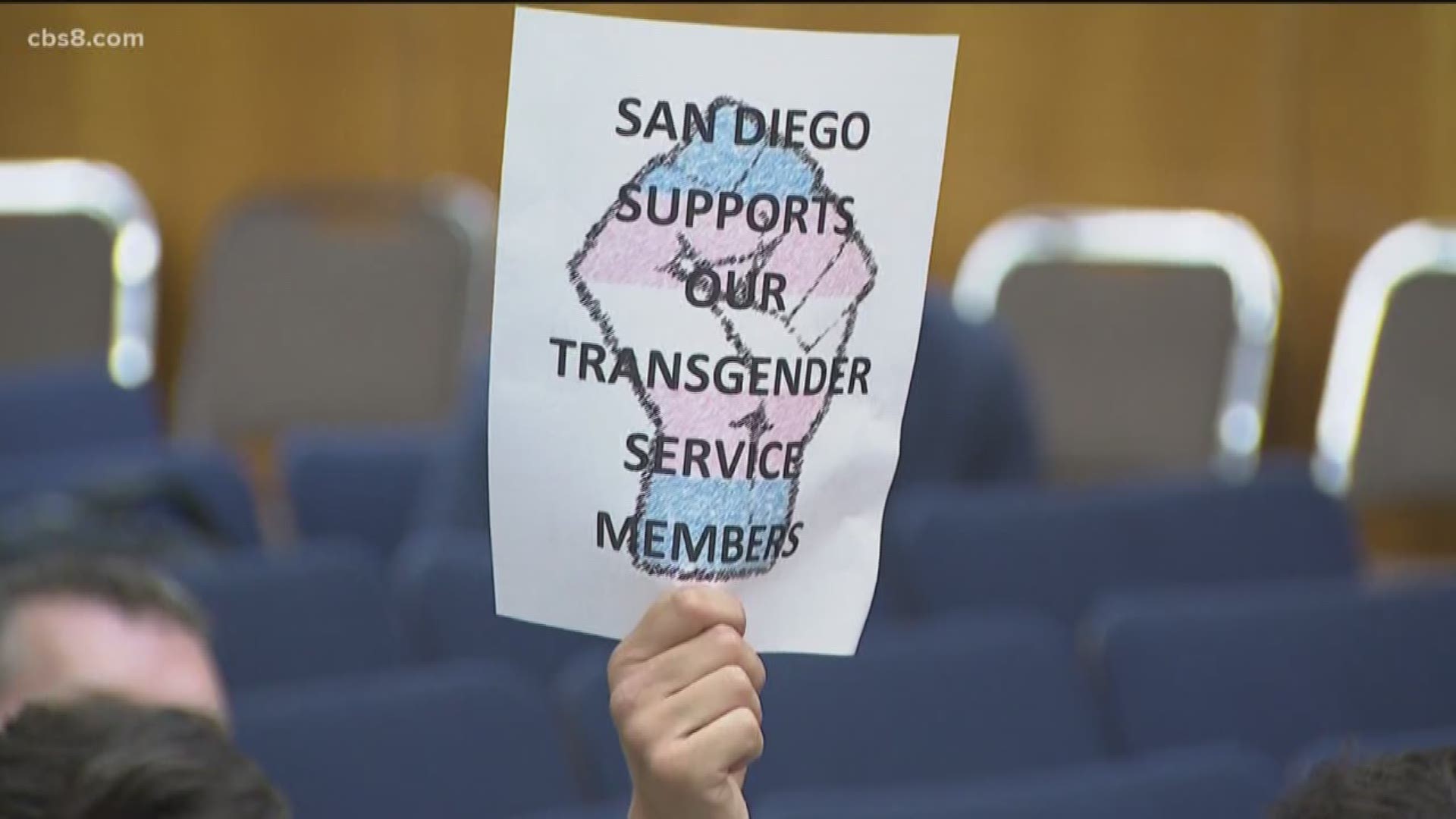 SAN DIEGO — The San Diego City Council voted 7-1 Tuesday in favor of a resolution affirming the city's opposition to the federal government's exclusion of transgender people from joining the U.S. military.

President Donald Trump first announced the exclusionary policy in July 2017, reversing a 2016 Obama administration policy that allowed transgender people to serve in the military and receive gender reassignment surgery. Trump argued transgender soldiers are a distraction and his policy would allow the military to focus on its primary operations.

"Our military must be focused on decisive and overwhelming ... victory and cannot be burdened with the tremendous medical costs and disruption that transgender in the military would entail," Trump wrote in a pair of 2017 Twitter posts.

The policy, which went into effect in April after a lengthy court battle waged by transgender military personnel and LGBTQ advocates, allows currently serving transgender personnel to remain in the military, receive hormone therapy and gender reassignment surgery. However, transgender people who are taking hormones or have received gender-affirming surgery will not be allowed to enlist in any branch of the military.

The resolution received support from Rep. Susan Davis, D-San Diego, who accused the Trump administration of using the same justification that kept the military segregated and barred gays and lesbians from serving.

"Trans Americans are courageous, they are brave, they are strong," said Zach Bunshaft, a spokesman for Davis. "They are exactly who we want fighting for our country."

City Councilman Scott Sherman, who cast the lone vote against the resolution, said he supported the efforts of transgender people to gain the right to enlist and serve in the military but could not vote in favor because he never supports resolutions regarding state and federal matters.

"Unfortunately, these resolutions -- very well-meaning and very well- intended -- usually end up in a circular file under a bureaucrat's desk somewhere and that's about as far as they go," Sherman said, adding that the city's state and federal lobbying efforts include fighting discrimination of any kind.

Campbell and Ward, two of the three LGBTQ members on the council, noted the significance of the resolution's timing, being considered during San Diego Pride Week and just over a week after the 50th anniversary of the Stonewall riots of 1969.

"Nowadays, we're out and we are proud," Campbell said. "We are who we are born to be and we are living in truth ... I find this resolution especially important as we honor and act on the activism that has paved the way for us today."