The 87-pound German shepherd from the Czech Republic is credited with saving American Forces from IED’s and thwarting Taliban attacks. 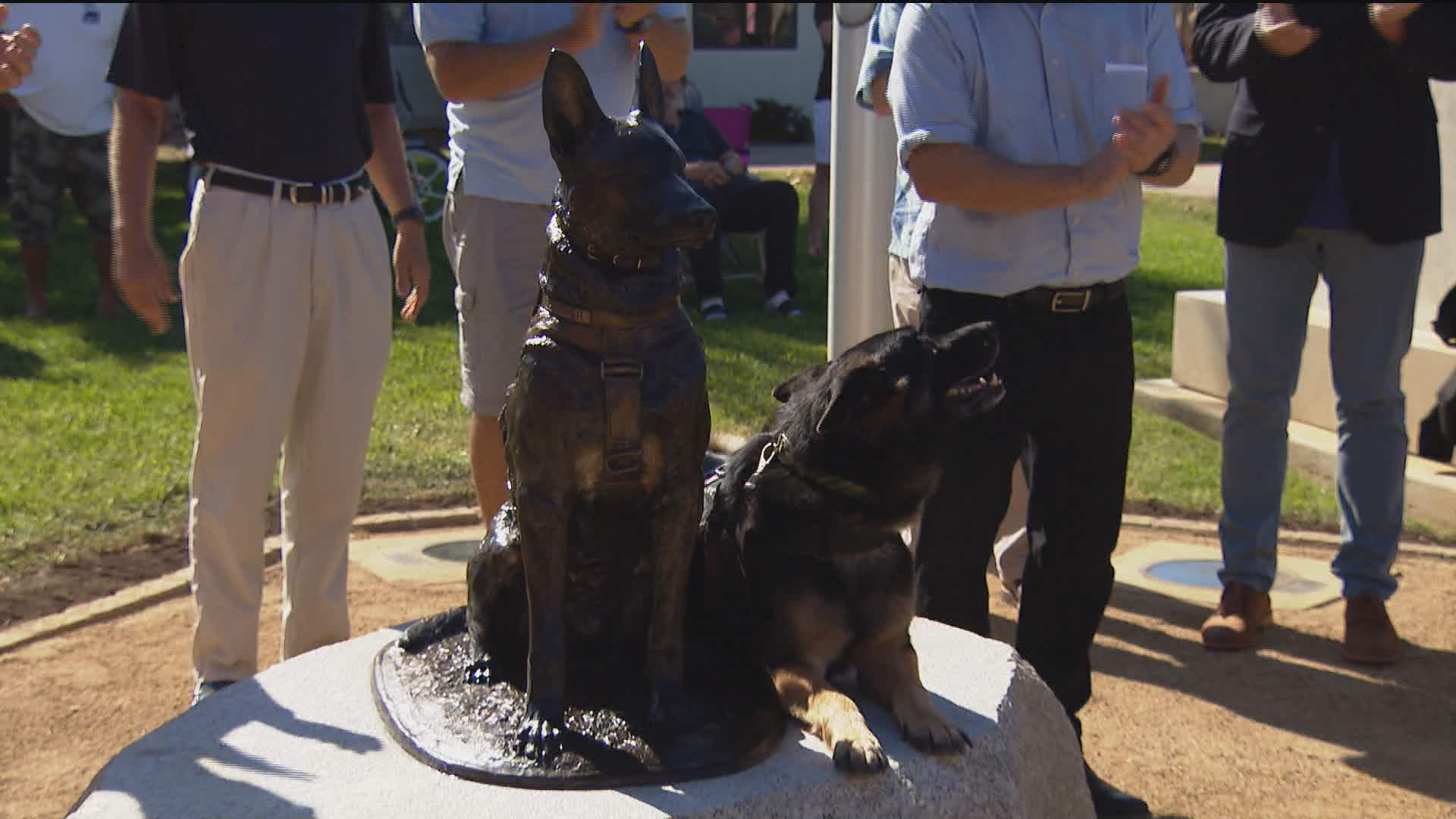 “Today we want to recognize a specific group of veterans, Military service canine veterans, who act as gate guards, scouts and have saved countless lives of their comrades,” said I.B. Mayor Serge Dedina,

Dedina joined with military and community dignitaries to highlight the achievements of the jet-black German Shepard named "Chopper."

"I definitely don't feel like I deserve it but I know Chopper does," he said.

The plaque on the memorial reads "Chopper the Navy SEAL dog - saved my life on and off the battlefield."

"I wouldn't be here if it weren't for him," Maroshek said.

The 87-pound German shepherd from the Czech Republic is credited with saving American Forces from improvised explosive devices and thwarting Taliban attacks in Iraq and Afghanistan.

"Their contribution isn't anything that's history, it is ongoing and current and the fact that we could honor Chopper today is incredibly timely." said Capt. Tim Slentz - Navy Special Warfare Team

Before Maroshek retired in 2012, he and Chopper helped launch the SEALs' first canine unit and started the SEAL Dog Foundation, which connects veterans with service dogs.

Maroshek said, "When I was able to adopt him and transition to become my service dog that was probably one of the best days of my life.”

Chopper died last year at nearly 13 years old, but his DNA lives on through his son, Thor.

The statue is located at Veterans Park in Imperial Beach at 1075 Eighth St.