News 8 caught up with one 20-year-old sailor preparing for her first deployment. 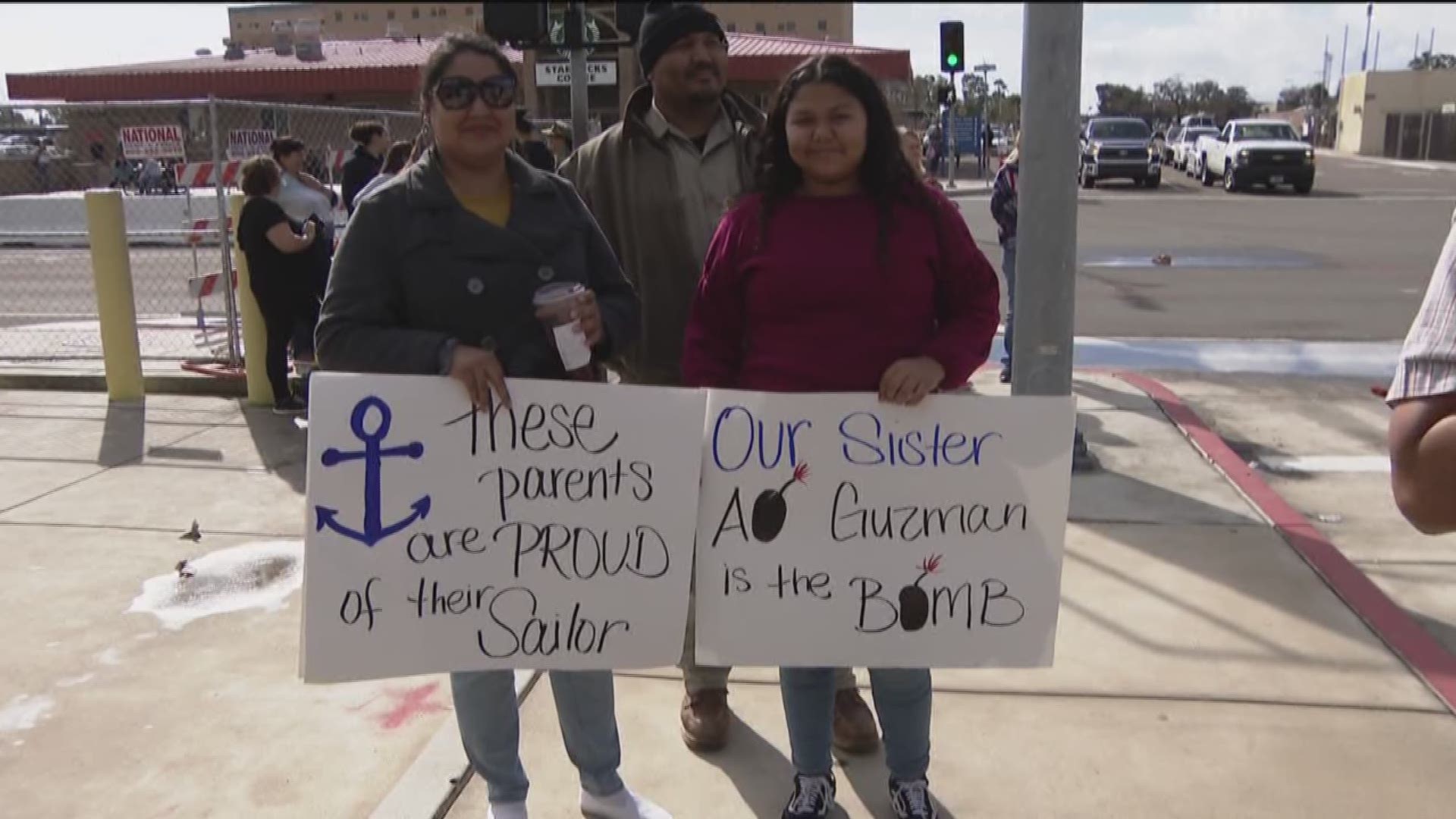 SAN DIEGO — The Theodore Roosevelt Carrier Strike Group is preparing to deploy on Friday afternoon from San Diego. About 6,000 sailors are saying "see you later" to their families and are heading to the Indo-Pacific.

According to the Navy, sailors will help will help provide maritime security and work with international partners at sea.

This will be Patricia Cash-Cornejo's very first deployment, and she turns 21 years old in 10 days.

"I know I'll be protected with the people who are going with us, so I am not too worried just a little nervewrecking because it is my first time," said the E2 Aviation Boatswain's Mate.

Cornejo had her family from Phoenix come see her off including her younger siblings, grandmother and her mother, who cried. Cornejo's best friend Anthony Torres will be deployed with her too on the Roosevelt, but for his second time.

"The first deployment was definitely rocky because I didn't bring enough stuff, so this time, I brought enough food and games, now, I don't have to rely on too much galley food," said the 26-year-old ship firefighter, who specializes in crash and salvage and is also expecting a child.

"I have a baby on the way, so it's one of the hardest things I had to do, I didn't have to worry about that last deployment," Torres said.

"We comprise the most mobile, the most capable, and the most lethal fighting force on the entire planet," said the Theodore Roosevelt's Commanding Officer Capt. Brett Crozier.

Crozier says the Roosevelt is one of our nation's 12 nuclear power aircraft carriers, and it will sail the Indo-Pacific to maintain freedom of the seas.

"We will enhance the security and stability of the entire region, which will benefit our entire country," Crozier said.