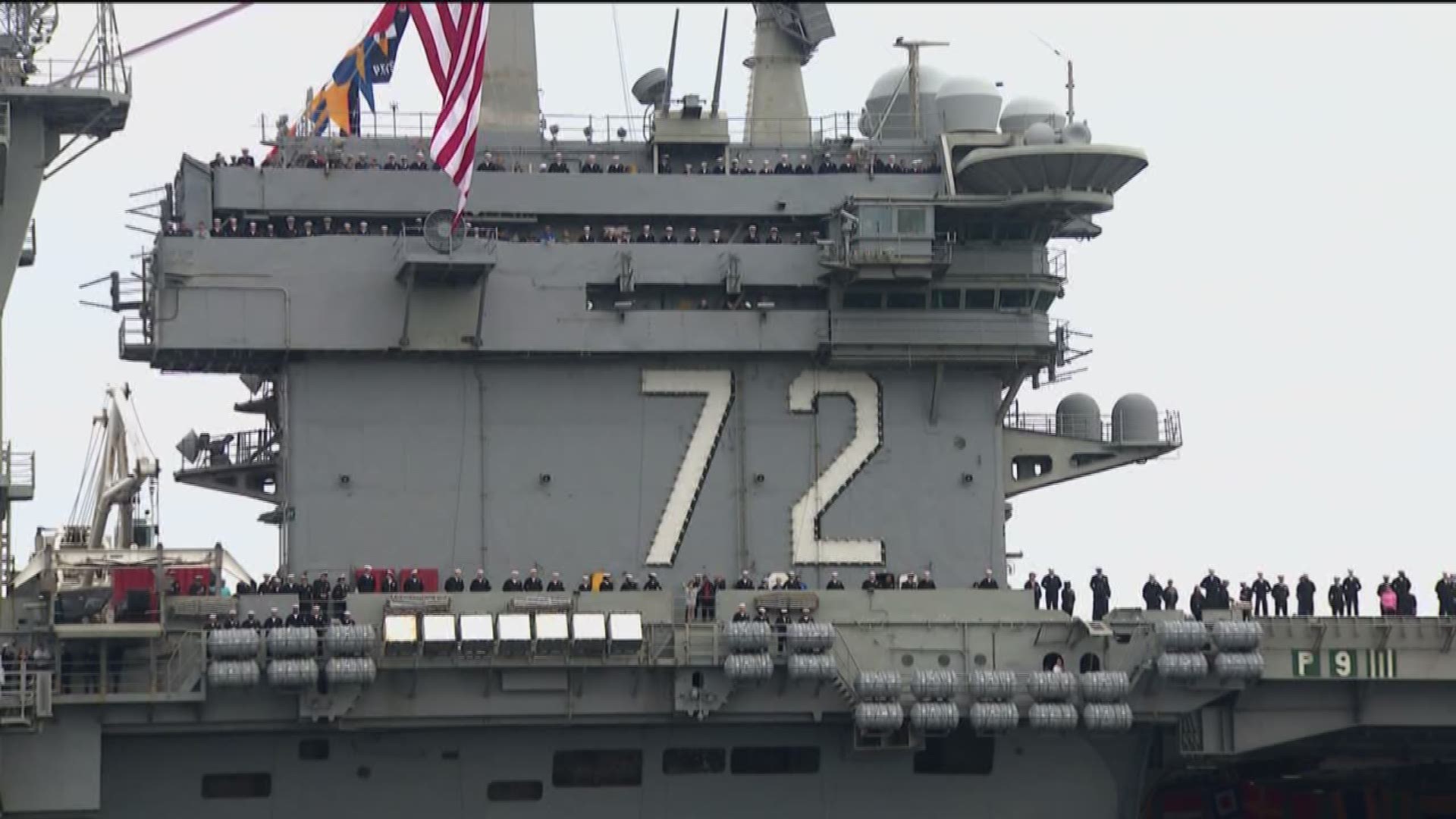 The strike group deployed Apr. 1, 2019 in support of maritime stability and security, providing critical deterrence to aggression in some of the world’s most critical waterways. During its deployment, the strike group conducted combat sorties in support of Operations Freedom’s Sentinel and Inherent Resolve. It also participated in partnership-building exercises with sister services and allied Navies.

During its around-the-world deployment, Abraham Lincoln navigated over 64,000 nautical miles and completed multiple strait transits, including the Strait of Gibraltar, the Suez Canal, the Bab-el Mandeb, the Strait of Hormuz, the Strait of Malacca, and the Surigao Strait.

Abraham Lincoln is homeported at Naval Air Station North Island. The staff and squadrons of CVW 7, CSG 12 and DESRON 2 are based throughout the East and West Coasts.