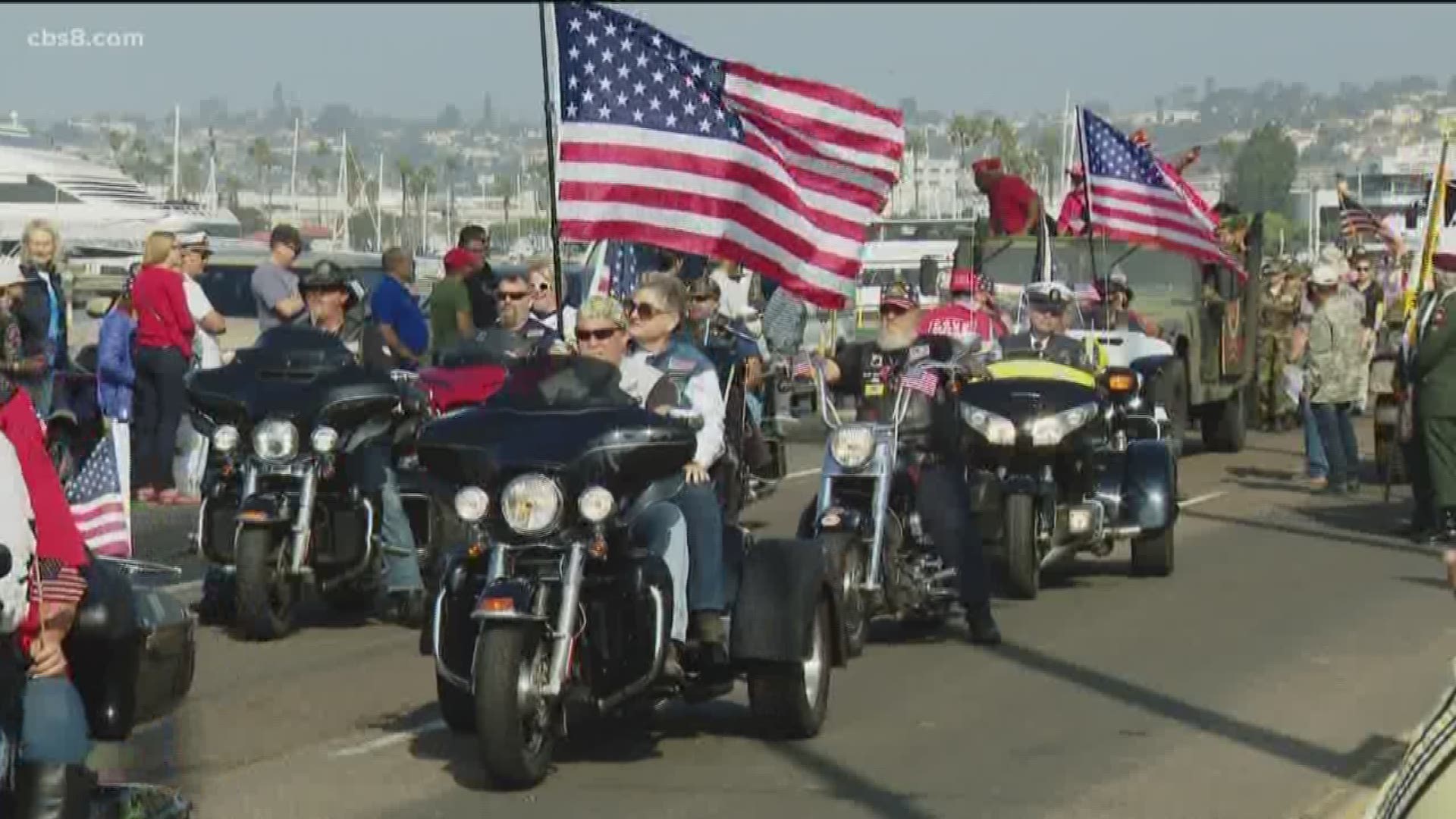 SAN DIEGO — Events were held around the county Monday to celebrate Veterans Day and honor those who have served in the military.

Veterans Week San Diego kicked off its 33rd annual San Diego Veterans Day Parade along the waterfront, paying special tribute this year to veterans of the Vietnam War. Some 60,000 people are expected to attend the parade, which will run along North Harbor Drive between Ash Street and Pacific Highway.

The parade featured a performance by the Nassau County Police Emerald Society Pipe Band and the horses and riders of the Scripps Miramar Saddlebreds. Local Vietnam War veterans and Pearl Harbor survivors marshaled the parade, according to Veterans Week San Diego.

In the photo below, a memorial for veterans was set up by Veterans for Peace in front of the Midway with tombstones of service men and women from Southern California who gave their lives.

The community in Escondido came together Monday and expressed their thanks to veterans with their first ever Escondido Veterans Day Parade.

The event was open to active-duty military members, veterans, their families and members of the public.

RELATED: Check out these Veterans Day deals and freebies around San Diego

In recognition of the holiday, the city and county of San Diego closed their administrative offices, libraries, recreation and community centers, the county's parks and campgrounds, the city's pools and all public buildings at Balboa Park. All local services and offices are expected to re-open Tuesday.