Did you see the strange red flame and explosion-like thing in the sky Saturday night? 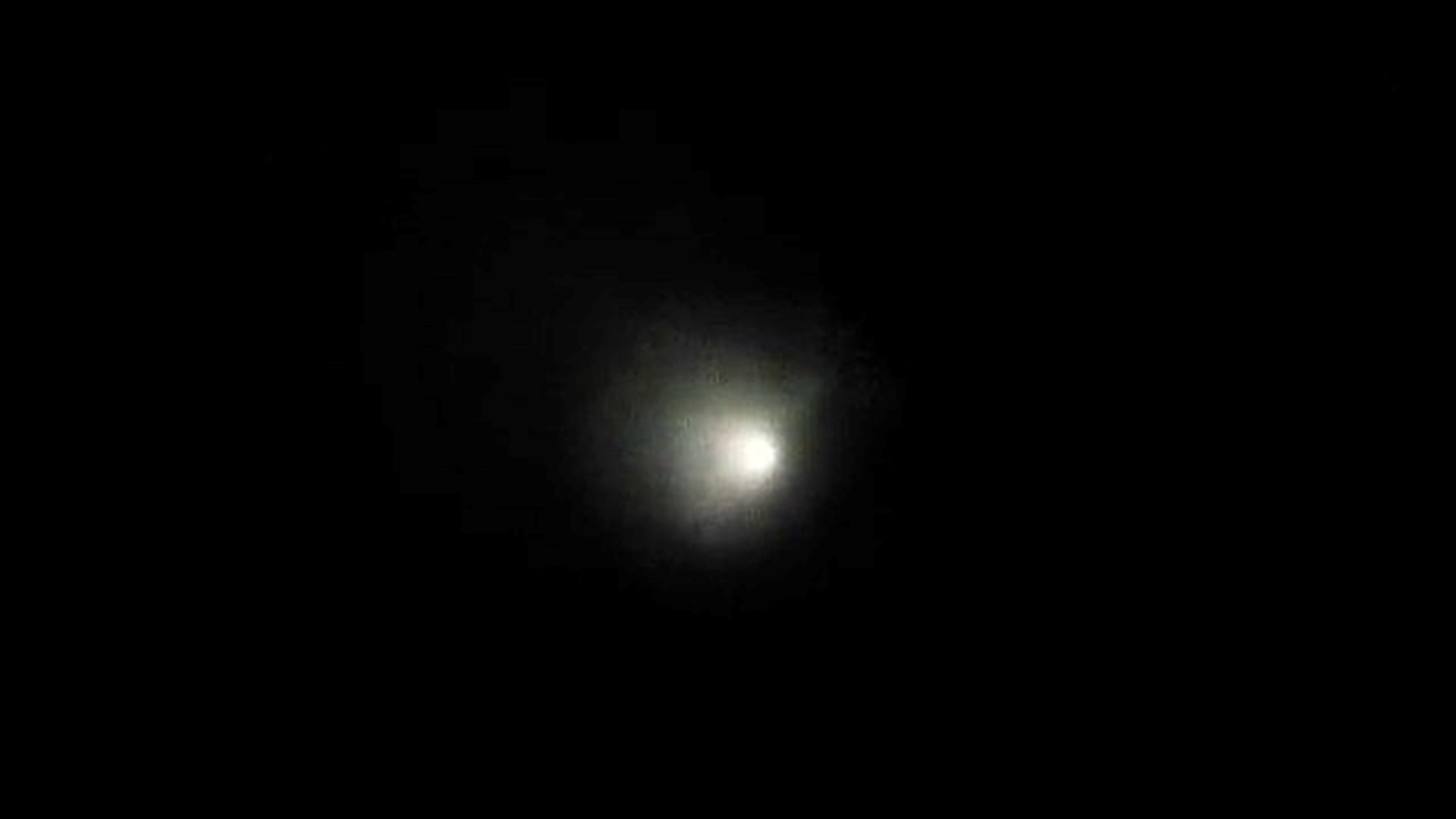 LOS ANGELES (AP) — A bright, colorful light that streaked across the California sky, startling residents and leading to a flurry of calls to law enforcement, turned out to be an unarmed missile test-fired from a Navy submarine off the coast Saturday evening, officials said.

Kevin Stack was walking to dinner with his young son in northeastern Los Angeles when he was stopped in his tracks by what he thought was an especially intense light from a police helicopter — except that it was completely silent.

"It intensified then shot across the dark sky, leaving a green trail," said Stack, 41. "Then it fizzled and appeared like a dying dot on an old television screen."

Stack's 5-year-old son, Blackstone, was under no illusions about what he had just seen.

"It was an alien," Blackstone said.

The launches are conducted on a frequent basis to ensure the continued reliability of the system and that information about such test launches is classified prior to the launch, he said.

The lack of information about the streak of light just after sunset led to panicked calls to police and lit up social media as people posted photos and video of the celestial sight.

Julien Solomita just happened to be shooting some video footage in a Los Angeles neighborhood when his group saw something odd up above.

"It was very wild watching this in the sky," he said in an email to The Associated Press. "I can't really say what I thought it was because I've never experienced anything remotely close to it."

The light was visible for hundreds of miles, startling people in Nevada and Arizona and as far north asCalifornia's Sonoma Valley wine country.

"Anybody else see the big white ball of light in the sky?" wrote California state Sen. Mike McGuire, D-Healdsburg, on Facebook. "Wow."

It wasn't clear whether the test was related to the rerouting of nighttime flights into and out of Los Angeles International Airport because of an active military airspace from Friday to Nov. 12.

Flights usually arrive and depart over the ocean from midnight to 6:30 a.m. to minimize noise, but they will have to go over communities east of the airport.

The test was conducted in the Pacific Test Range, a vast area northwest of Los Angeles where the Navy periodically test-fires Tomahawk and Standard cruise missiles from surface ships and submarines.