An amazing find off the San Diego coast by Navy specialists. 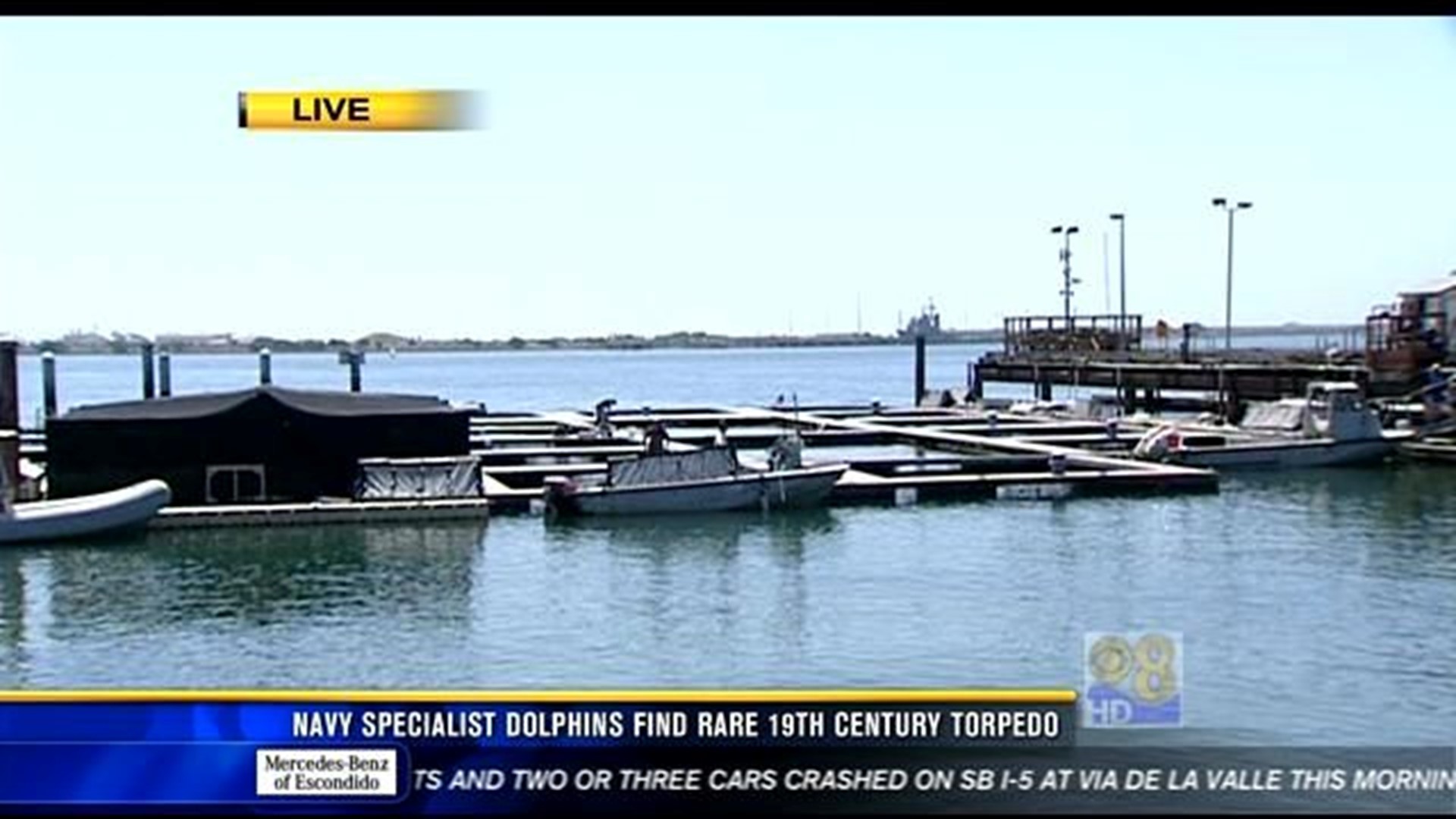 SAN DIEGO (CBS 8) - It was an amazing find off the San Diego coast by Navy dolphins -- a rare 19th-century torpedo.

Space and Navy Warfare Systems Center Pacific has discovered and recovered one of the first self-propelled torpedoes developed and used by the U.S. Navy.

This rare torpedo, known as the Howell torpedo, was discovered in March off the San Diego coast, near the historic Hotel del Coronado.

"There were only 50 Howell torpedoes made, and we discovered one of the two ever found," said Braden Duryee, operations supervisor for the SSC Pacific Biosciences Division.

The Navy trains dolphins to find and mark the location of underwater objects. Some of the objects the animals find, such as non-explosive Navy training mines, are expensive to replace.

In this case, the object found was an important piece of naval history.

"Dolphins naturally possess the most sophisticated sonar known to man." said Duryee. "They can detect mines and other potentially dangerous objects on the ocean floor that are acoustically difficult targets to detect."

The torpedo will be shipped to Washington DC where it will be preserved and displayed at the Naval History and Heritage Command.