After 30 years of service, the SH-60B Seahawk Copter was retired on Monday after making its last flight. 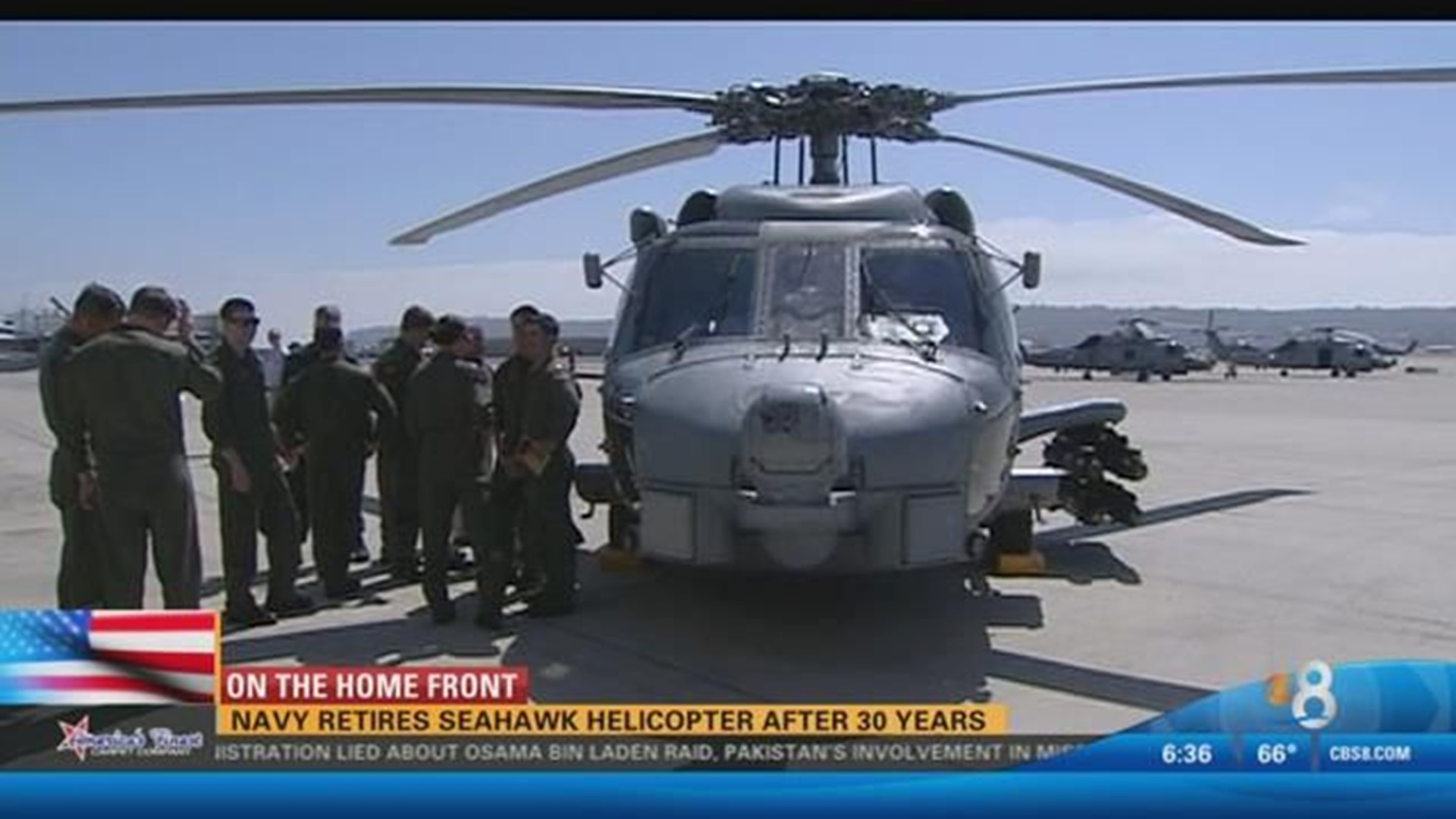 SAN DIEGO (CBS 8) - After 30 years of service, the SH-60B Seahawk Copter was retired on Monday after making its last flight.

A ceremonial day for hundreds of airman and sailors who retired the SH-60B Seahawk in a sundown ceremony in North Island.

Many said they stood on the shoulders of legends who flew on the aircraft over the last 30 years.

For more than three decades, the SH-60B protected a legacy of airman and sailors, putting more than 3.6 million hours of service.

"For 32 years she has been protecting our nation's interest, and influencing the hearts and mind around the world where it mattered and when it mattered," said Vice Admiral Paul A. Grosklags, Deputy Assistant Secretary of the Navy Research, Development and Acquisitions.

The Seahawk was not only used in combat across the globe, but it was also deployed for hundreds of humanitarian efforts.

The Seahawk was replaced with the MH-60R Seahawk, described a quantum leap of technology for another legacy of airman and sailors.

The last active duty detachment of the SH-60B returned in April.

It was part of the helicopter maritime strike Squadron 49 based out of North Island who went on a seven month deployment in South America in a counter drug mission.

The Navy said San Diego residents will not notice a big change in how the MH-60R looks and flies because the biggest difference is in the inside and the technology.