A tipster who helped police track down the man accused of shooting CBS News 8 Sports Director, Kyle Kraska is showing an inside look at how the arrest went down. 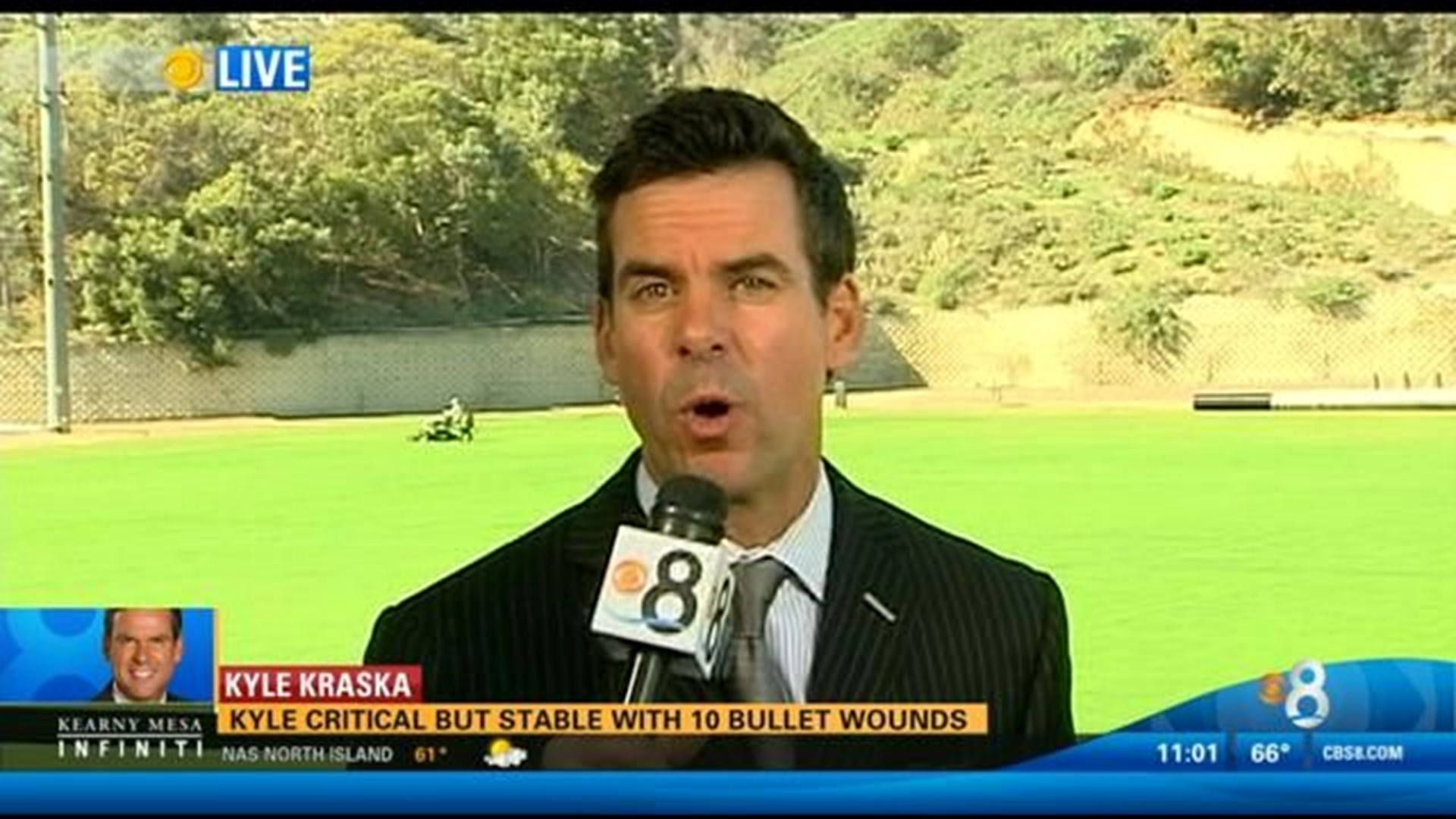 SAN DIEGO (CBS 8) – A tipster who helped police track down the man accused of shooting CBS News 8's Sports Director Kyle Kraska is showing an inside look at how the arrest went down.


Kyle was in critical, but stable condition Thursday
recovering from ten bullet wounds
. Kyle was shot in front of his home Tuesday around 3:00 p.m. by suspected Mike Montana, 54.


The sports director was transported to Scripps Memorial Hospital La Jolla where his East Coast family surrounds him at his bedside.


Neighbors like Nicoll is who police are thanking for being alert.


“I offered them this vantage point,” said Nicoll. The father was home when he recognized the getaway vehicle police were looking for: a white mini-van with the words “Superior Painting.” He called police around 5:18 p.m. to let them know that van and Montana lived next door to him in El Cajon. Shortly after he called 911, Nicoll says Montana came home driving the van.


“His bedroom window is right out there and you could see his shadow behind the drapes,” said Nicoll.


Montana reportedly rented a room in the back of home in the 200 block of Noden Street in El Cajon. When Nicoll called police detectives and SWAT positioning themselves on rooftops inside homes and inside Nicoll's kitchen.


“He was a loner, he kept to himself. He was cordial when we crossed paths,” said Richard Boyd.


A former employer says he had a reputation for a bad temper.

“He left threatening voicemails on my son's cell phone and not direct threats but talking about his guns and how good of a marksmen he is and all that," said Frank Coit.

One of the neighbors also recalls a conversation he had with Montana a few weeks ago when Montana told him he pulled a gun on an unknown person who owed Montana money.

Kyle's friend and CBS News 8 sports producer, Todd Villalobos says Kyle met Montana while the 54-year-old was doing paint work for some of his neighbors.

Kyle hired him to paint the outside of his house but then he became dissatisfied with the work. He paid Montana for the work he had done and the two agreed to part ways. Months later Montanan began leaving notes on Kyle's door that escalated into a confrontation on Tuesday.

The neighbor who was concerned for his admired sports anchor says he called police because it was the right thing to do.

“I am not a hero, I was just doing my civic duty, I would hope any good citizen would do something like this,” said Nicoll.

Montana's arraignment has been rescheduled for February 17. He faces an attempted murder charge. His criminal history shows he was out on bail from two arrests in October and November for DUI involving drugs.

Records show Montana was illegally running a paint business without a franchise tax board license since he owed nearly $2,000 in back taxes. Documents also show changed his name in the 1990's from Ernest Ingram to Mike Montana.