Neighbors save man from burning home in El Cajon

On Friday, a fire destroyed a home in El Cajon on the 2000 block of Charles Way. 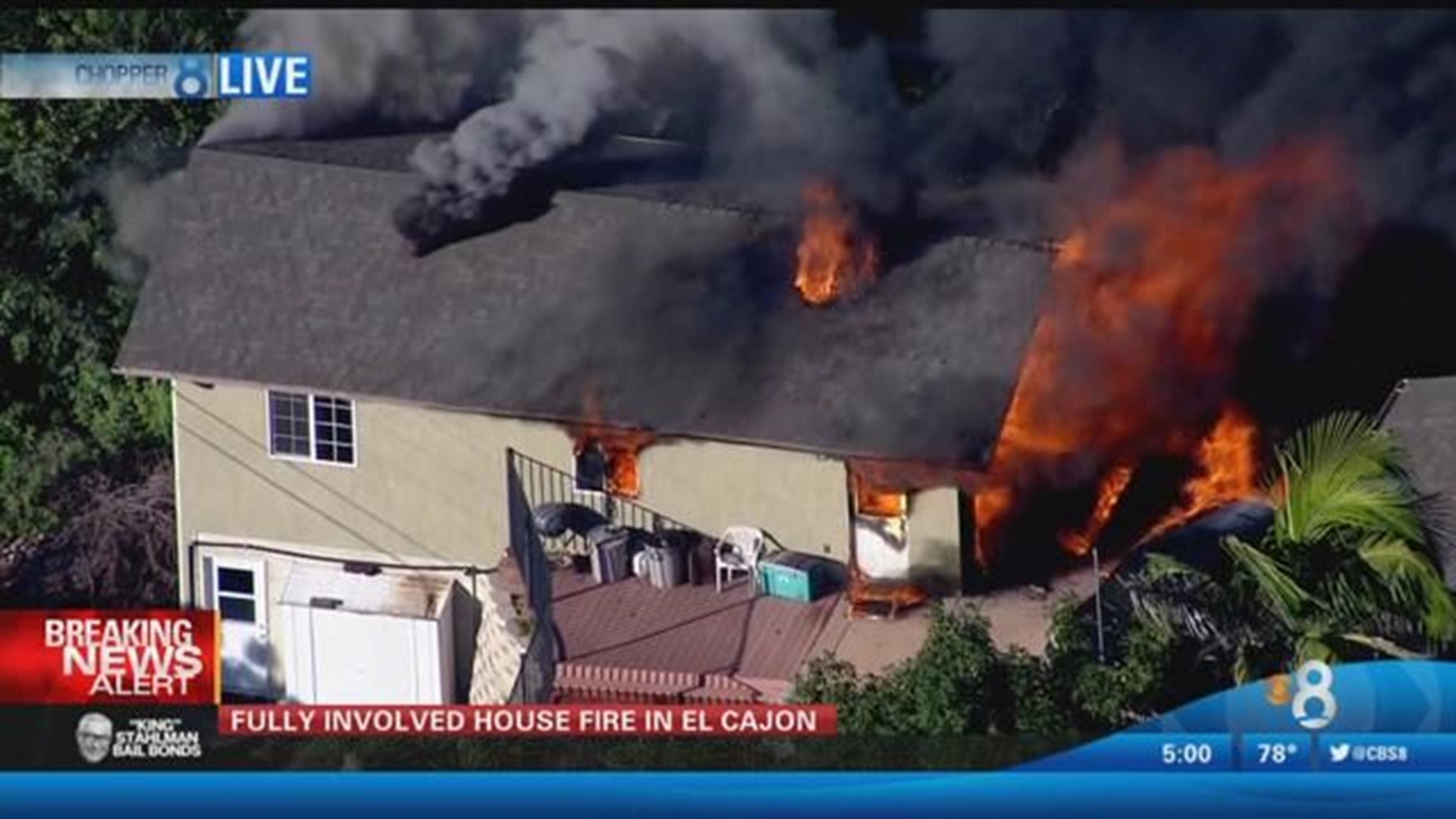 EL CAJON (CNS) - A two-alarm fire tore through a detached garage in El Cajon Friday, doing about $200,000 in damage but injuring no one, authorities said.

The fire was reported at 4:45 p.m. in the 2300 block of Charles Way, Sonny Saghera of Heartland Fire & Rescue said.

The fire spread to an adjacent fence and some trees and also ignited two vehicles in front of the garage, Saghera said.

The owner's son-in-law told CBS News 8 he accidentally started the fire in the garage where he ran his own embroidery and screen printing business.

"We will rebuild the house, but my livelihood is gone," he said.

Mike Dorendorf lives across the street, and along with another neighbor, knew the home's 83-year-old owner was trapped inside.

"I was pounding on the doors. Running around the house to see if I could see anybody," said Mike Dorendorf.

Receiving no response and realizing the octogenarian inside was confined to a wheelchair and suffered from dementia, the two men took a quick and life saving action.

"We made the decision to break the window out. I pushed him up and into the house. Sure enough, there was the man sitting on his walker. He couldn't come out. So we picked him up and carried him out of the house," said Dorendorf.

Just as the good samaritans got the helpless man to safety, firefighters arrived on the scene.

Firefighters contained the blaze in 18 minutes.

Relieved family members aid the most crucial thing is no one was hurt or killed, giving enormous credit to their courageous neighbors.

Mike Dorendorf said he was happy to help, but he does not consider himself a hero.

"I just try and be a good neighbor. Honestly, I hope somebody would do the same thing for me. You know, you try and respect your elders," he said.