A court-appointed receiver has taken control of a Pacific Beach "hoarder house" that has accumulated trash, created unsafe conditions for children and harbored vermin in recent years, the San Diego... 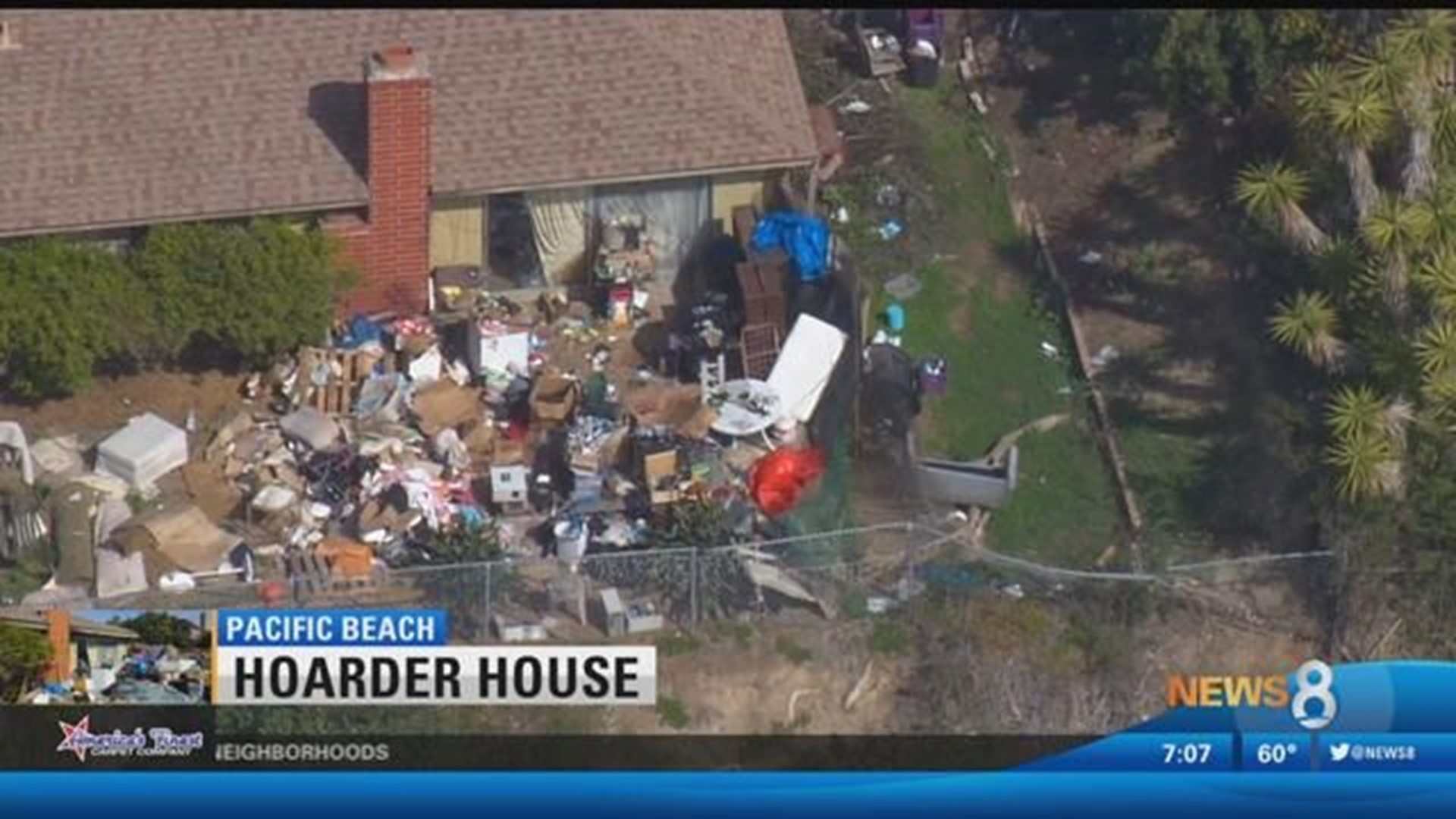 The office secured a court order on Tuesday ordering the residents of the Crownhill Road home to vacate the property to allow a caretaker to begin supervising cleanup at the home.

The problem started after the former owner of the house off Soledad Mountain Road, Shirley Sanders, died in 2012. One of Sanders' sons and some acquaintances moved in following her death and a growing pile of trash, furniture and other items cascaded out of the four-bedroom house and into the yard, according to the City Attorney's Office.

Image of Pacific Beach "hoarder house" that has accumulated trash.

The problems mounted as the piles of furniture and trash inside the house created safety hazards for the occupants and emergency responders. Bathroom sinks drained into buckets and water leaks created mold throughout the house, the office said.

One neighbor reported trapping 14 rats inside his garage and finding three more drowned in his swimming pool, thanks to the junk at the nearby Sanders house. Other concerned people reported the house several times to County Child Protective Services, saying that infants or young children were living in unsafe conditions there, according to the office.

"This kind of conduct threatens the health and safety of our communities and destroys our quality of life," City Attorney Mara Elliott said. "By intervening, we bring relief and peace of mind to affected neighbors, and help for hoarders who often have underlying issues that need to be addressed."

Officials say they tried unsuccessfully to work with the property owner to bring it into compliance with health and safety laws. But after dozens of warning letters from multiple agencies, the City Attorney's Office on Tuesday obtained an injunction prohibiting Lauren E. Sanders of Lubbock, Texas, who is trustee of the Shirley T. Sanders Trust, from continuing to maintain a public nuisance.

Image of Pacific Beach "hoarder house" that has accumulated trash.

San Diego Superior Court Judge Randa Trapp appointed a receiver to bring the property into compliance. The occupants were ordered to vacate the property within 72 hours or face arrest for trespassing.

The city will recover costs of the rehabilitation, cleanup, and legal fees from the property owner, officials said.