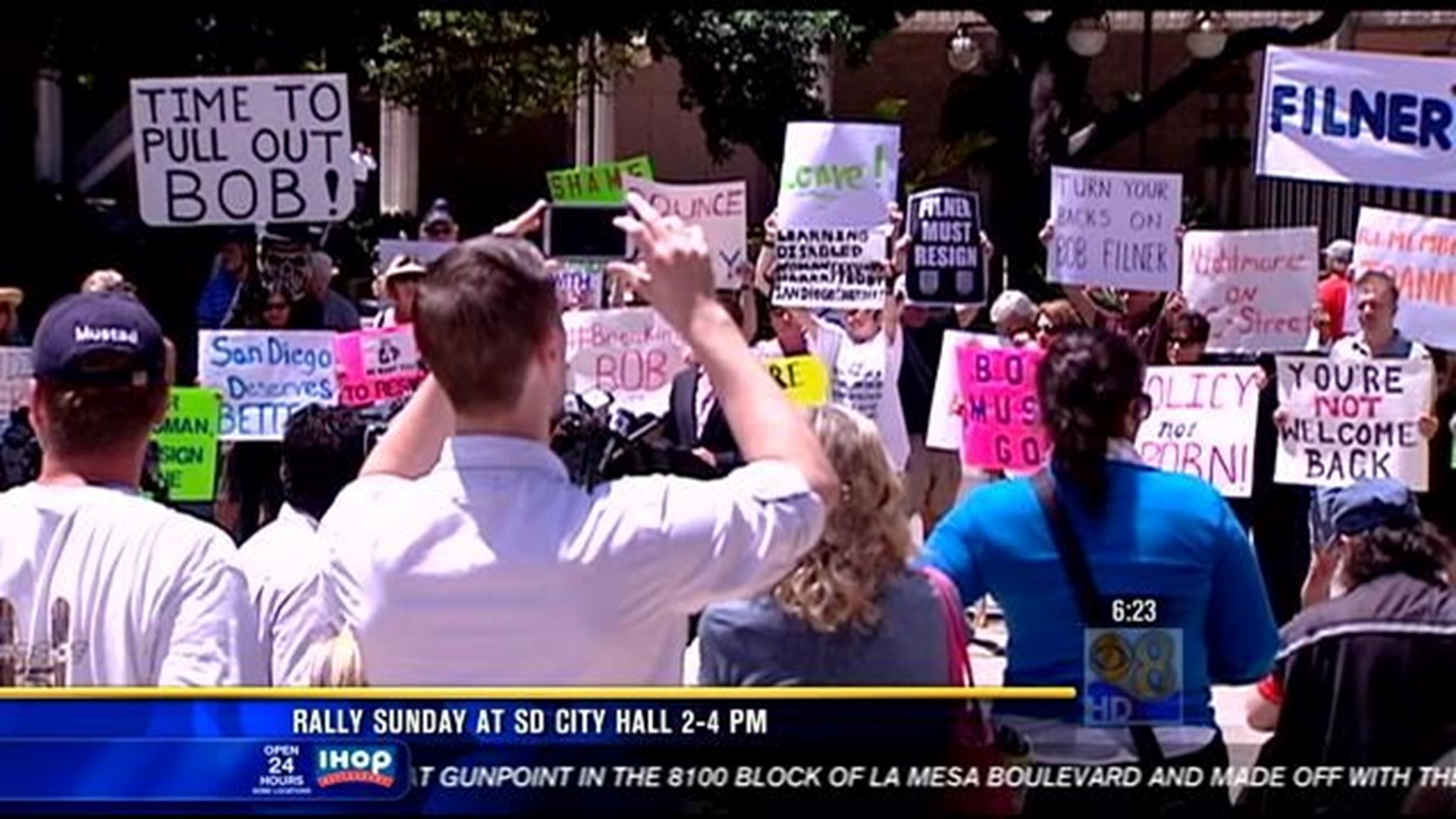 Kathryn Vaughn, a local attorney, spoke with the News 8 Morning Show Thursday about her encounter with Filner at a public event about a decade ago.

"He came up to me and I had a very uncomfortable moment with him. And at the time, I froze and looked around for my husband and there were a lot of other people in the room," Vaughn explained.

Filner apparently waited until Vaughn's husband walked away and when Vaughn was asked if Filner groped her, she replied:

"He made an inappropriate movement on my body, yes."

News 8's Nichelle Medina also asked Vaughn: "At the time, why didn't you feel you could say something?"

"It was just one of those things, it happened, and again I was with a group of people. We had something else we were doing. And you know, I just let it go, moved on," Vaughn said.

Vaughn is one of four prominent, local businesswomen organizing a rally and march this weekend, calling for Filner's resignation.

The Freedom from Filner March is scheduled for Sunday, August 18 at San Diego City Hall located at 202 C Street. It will take place from 2 p.m. until 4 p.m.

The public is invited to attend and participate.